What's stopping the US from rescuing kidnapped Nigerian girls? It's complicated 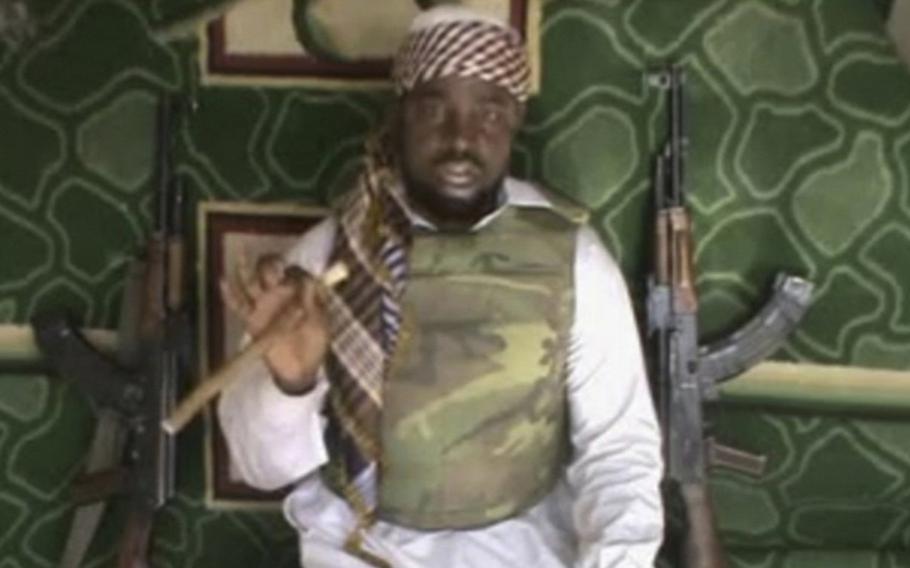 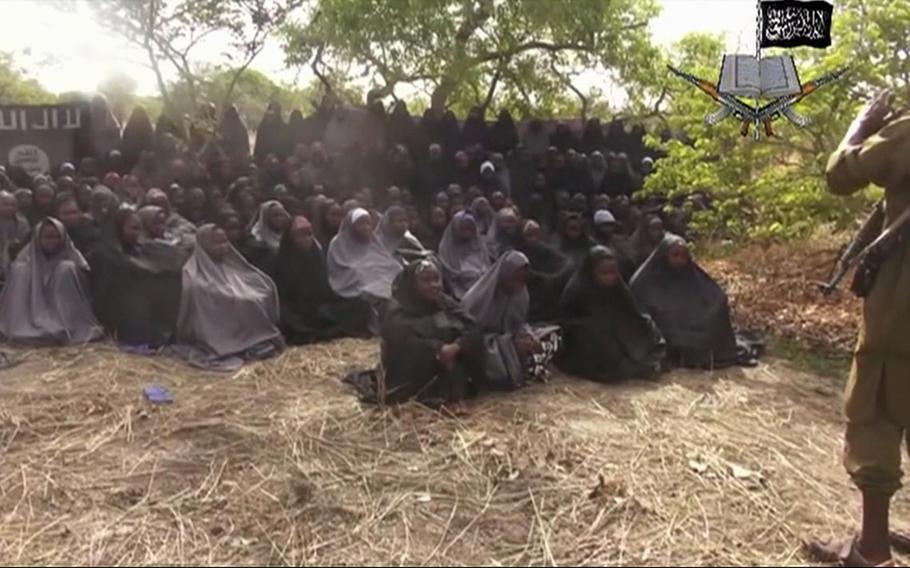 A video taken from Nigeria's Boko Haram terrorist group's website alleges to show dozens of abducted schoolgirls, covered in jihab and praying in Arabic. It is the first public sight of the girls since more than 300 were kidnapped from a school in northeastern Nigeria the night of April 14, 2014. (Video screen grab/Boko Haram ) 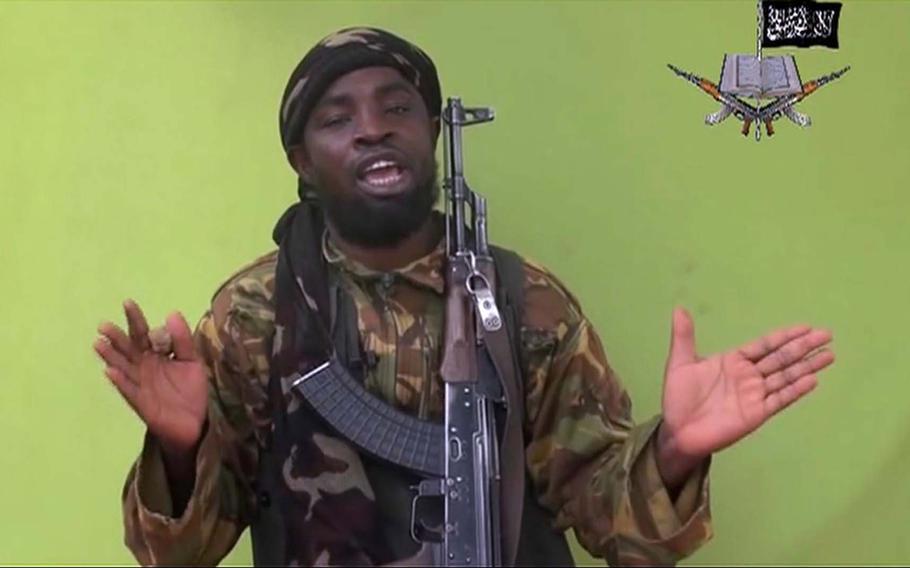 In a trio of daring missions, Navy SEAL Team 6 freed an American ship captain held hostage by Somali pirates in 2009, killed Osama bin Laden in Pakistan in 2011, and rescued two hostages in Somalia — an American and a Dane — in 2012.

So why not send the SEALs or other special forces commandos, who this week captured one of the planners of the 2012 attack on the U.S. consulate in Benghazi, Libya, to rescue the almost 300 Nigerian schoolgirls abducted on April 14 by the Islamist group Boko Haram?

The group, responsible for slaughtering thousands of civilians in northeastern Nigeria over the last few years, caused worldwide outrage by kidnapping the girls. In response, the United States sent military and police advisers to Nigeria and some 80 Air Force personnel to operate Predator drones to search from neighboring Chad.

But a group of female senators in a private dinner with Secretary of State John Kerry pushed for more action against Boko Haram, including possibly sending a team of Special Forces to locate and rescue the girls, according to The New York Times.

Rescuing more than 200 teenage schoolgirls — 57 have escaped — held by merciless terrorists who’ve threatened to “sell them in the marketplace ” would seemingly be a coup for the U.S.

The group abducted another 20 women last week from the same area, the BBC reported.

Washington has been reluctant to organize a rescue for political, practical, logistical and organizational reasons. It also has to figure out how to deal with the explosive growth of much more dangerous, al-Qaida-related extremist groups that have conquered vast swathes of territory in eastern Syria and western Iraq and are establishing a joint fundamentalist state in the heart of the Middle East.

“There’d be the humanitarian benefit” to attempting such a rescue in Nigeria, said Seth Jones, associate director of the International Security and Defense Policy Center at the RAND Corporation, as well as a display of U.S. power, prowess and resilience.

“And you’d also have the benefit of dealing a major blow to a Salafi terrorist organization with ties to al-Qaida,” said Jones, who formerly served in advisory roles for Special Operations commands in Afghanistan and at the Defense Department.

Still, Jones said, he’d be against it. “There are a lot of ways operations like this can go badly. If I were being asked, unless it was a pretty easy op, I’d probably waive off.”

His stance is shared by Boko Haram experts and a number of U.S. military and civilian officials.

Presidents and their national security teams weigh a range of political and operational issues when deciding whether to use covert special operations, which are inherently complex and always hazardous and risky.

According to Michele Malvesti, a Yale University senior fellow, these issues include confidence in the intelligence, questions of sovereignty, sensitivity to casualties among forces and foreign civilians, chances of success, strategic benefits, and the pressure to take action. Malvesti, who formerly served on the National Security Council staff, identified the factors in a paper she wrote for the Combating Terrorism Center at West Point.

“The Iranian hostage rescue attempt is instructive in this regard,” she wrote. The aborted mission in 1980 not only cost the lives of eight servicemembers; it “also injured U.S. standing on the world stage, highlighted foreign perceptions of American military impotence and raised questions regarding [President] Jimmy Carter’s ability to lead the United States.”

Although an attempted rescue of the girls would be popular in many quarters, most other considerations are problematic, experts and U.S. officials said.

Nigeria has a functioning government that the U.S. is trying to influence, unlike Somalia, where sovereignty isn’t much of an issue because of its weak central government.

Any potential rescue would have to include the Nigerian military in the lead — and its ability to free the girls is “an open question,” said Defense Secretary Chuck Hagel.

But a successful rescue operation is probably beyond the ability of any force, experts said.

“The truth is, all other hostage rescues in Nigeria in the past three years … all the hostages were killed on the spot,” said Jacob Zenn, an analyst of African and Eurasian affairs for The Jamestown Foundation.

Among those was the attempted rescue by British and Nigerian commandos last year of a British construction worker and Italian colleague. Held for some two years, they were shot to death during the raid.

The girls have probably been split up into six or more groups, guarded by an unknown number of Boko Haram fighters, perhaps one for every 10 girls, experts said, necessitating simultaneous raids involving significant numbers of special operators.

Furthermore, it’s unclear how commandos could kill all the Boko Haram guards before the guards killed the girls, or how to prevent the girls from becoming collateral damage.

“This would be an extremely difficult operation,” Jones said.

A failed operation, with dead schoolgirls, would be a political, military and humanitarian disaster.

But even a successful operation might be strategically unsound, Jones said.

For one thing, it would set a precedent for rescuing non-U.S. citizens.

For another, Boko Haram has not targeted U.S. interests. “But if you put special operations forces against Boko Haram, you’ve suddenly changed the calculus,” he said. “You are potentially making yourself a direct target of Boko Haram.”

The Islamist group, which seeks to overthrow the Nigerian government, is among a number of African extremist groups and criminals that finance operations partially through kidnappings and collecting ransoms. It received $3 million last year to release a French family abducted in neighboring Cameroon, according to reports.

The group, whose name translates to “Western education is forbidden,” had been tutored in kidnapping for ransom and political leverage by al-Qaida in the Islamic Magreb, Zenn said; they even use the same negotiators.

Joseph Kony, leader of the Lord’s Resistance Army, which operates in Uganda, Central African Republic, the Democratic Republic of the Congo and South Sudan, kidnapped 30 girls in 1997, Zenn said. “It took until 2009 until the last was accounted for.”

Kony is wanted by the International Criminal Court to stand trial for numerous atrocities. About 250 U.S. special operations personnel have been deployed to the region to help hunt down him and the estimated 200 remaning LRA fighters.

Zenn and Jones both said that the best way to get the girls released was through negotiations with Boko Haram, and either paying ransoms — the girls’ price has no doubt been amplified by worldwide attention — or a prisoner swap.