What’s new in MREs for 2008? Not stuffed cabbage 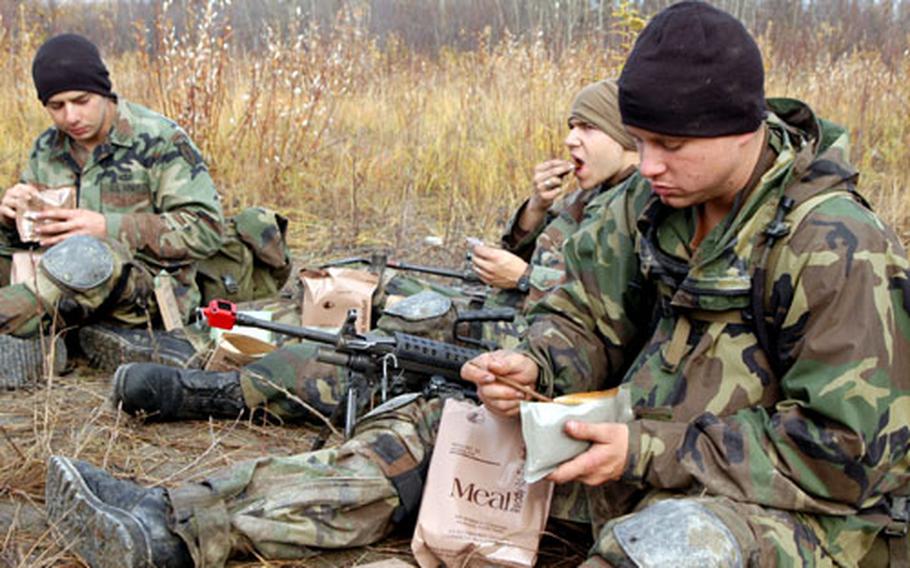 ARLINGTON, Va. &#8212; American troops around the world: Your fellow soldiers in Alaska came through for you. The 2008 Meals, Ready-to-Eat won&#8217;t include stuffed cabbage.

According to the people with the never-ending job of modifying MREs &#8212; the food scientists in the Combat Feeding Directorate at the Natick Soldier Center in Massachusetts &#8212; the cabbage didn&#8217;t make the cut.

Every year, the Natick food scientists pack up several truckloads of food and bring it all to the field, where troops on combat exercises are given the chance to taste-test the selections.

The testers for the annual field evaluation score potential menu items on a scale of 1 to 9.

Items that make the cut must receive an average score of 6 or higher, according to Judy Aylward, a senior food technologist and project officer for the Fielded Individual Ration Improvement Program.

The most recent round of tests was held in September 2005 at Fort Greely, Alaska, where about 400 soldiers sank their teeth into 38 new items, including &#8230; stuffed cabbage, Aylward said Tuesday.

Although the new individual items have now been chosen for the 2008 MREs, food scientists at the feeding directorate are still working on putting them together into the 26 menus for the individual meals, Aylward said.

The contents of each MRE has to meet Defense Department requirements for protein, carbohydrate, sodium, fat and vitamin content, as verified by the Pentagon&#8217;s surgeon general.