What’s harder than a 3-point turn? Renewing a driver’s license while overseas 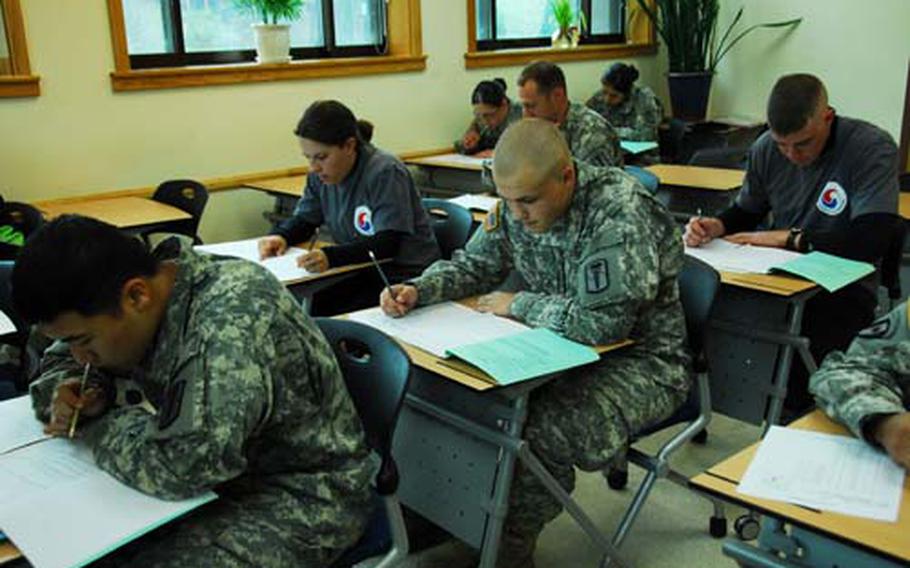 Don&#8217;t be like me: Renew in the StatesMISAWA AIR BASE, Japan &#8212; John Sevigny wasted five precious vacation days standing in line at a Department of Motor Vehicles office while in the States recently.

Sevigny, a civilian employee who works at Yokosuka Naval Base, Japan, had found himself in a Catch-22 situation. Because he&#8217;d sold his home when he took his overseas assignment, he didn&#8217;t have the one thing the DMV required before it could issue him and his wife new driver&#8217;s licenses &#8212; a utility bill less than two months old to prove he lived in Washington state.

The DMV wouldn&#8217;t accept his voter registration card, letter of employment, orders, passport, Department of Defense identification card or U.S. Forces Japan driver&#8217;s license. The final solution was having his brother come to the DMV to sign an affidavit saying that Sevigny lived in his home during his visits to Washington.

If he hadn&#8217;t renewed the license, Sevigny said, he also would have lost his overseas driving privileges, because U.S. Forces Japan is one of the military commands that requires drivers to maintain a valid stateside license at all times.

While Sevigny had to deal with Washington, each state has its own rules. Some make it easy for military personnel, but civilians who live overseas can slip through the cracks.

"The main differences between military and civilians are that most civilians do not benefit from state DMV military-only clauses and special rules," U.S. Forces Korea Provost Marshal Office explained in a statement. "Some [states], but not all, allow online renewals, offer extensions, or have military clauses that state the license is valid as long as the military member has a valid military ID card."

In Germany and the United Kingdom, a driver must have a valid license to get a U.S. military license. However, if the stateside license expires during an assignment, a driver is allowed to continue driving with only the military license.

American military commands in South Korea and Italy follow the same basic guidelines as in Japan: Once a stateside license expires, a driver&#8217;s military license expires and the driver then loses driving privileges.

There are a few options available in host countries for someone whose license expires.

One is to get an international license, but rules differ based on location. In Japan, for example, that license is only good for a year.

Another option is getting a host-nation license, but that can be time-consuming, difficult because of language barriers, and in some countries, it&#8217;s expensive.

Defense officials stress that the onus is on the individual.

Stars and Stripes reporters Chiyomi Sumida and Kent Harris contributed to this story.