What’s going on in the U.S.? Sub's crew will find out in six months 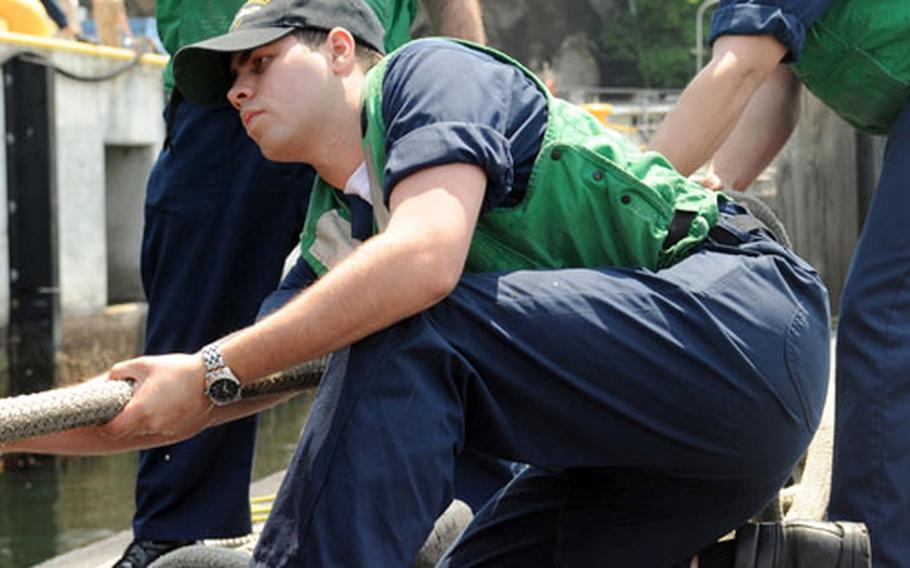 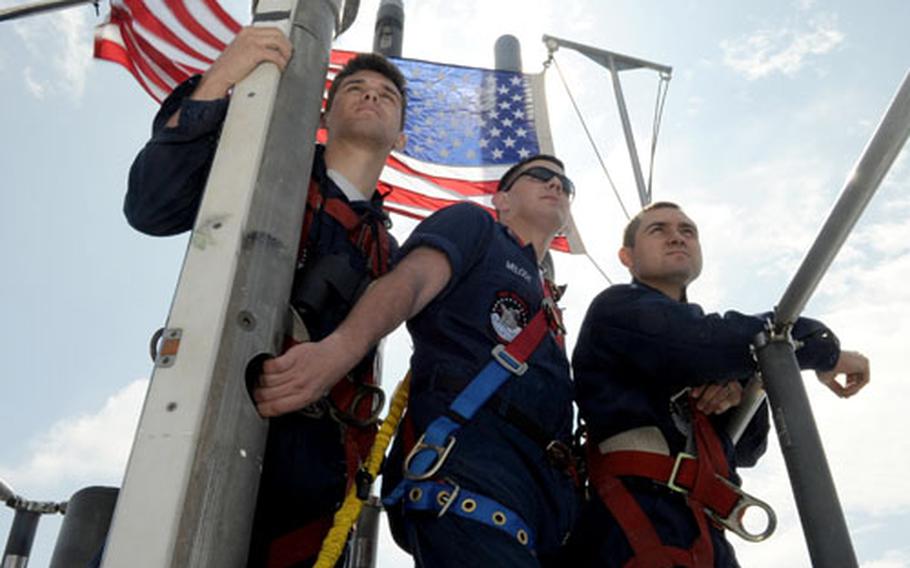 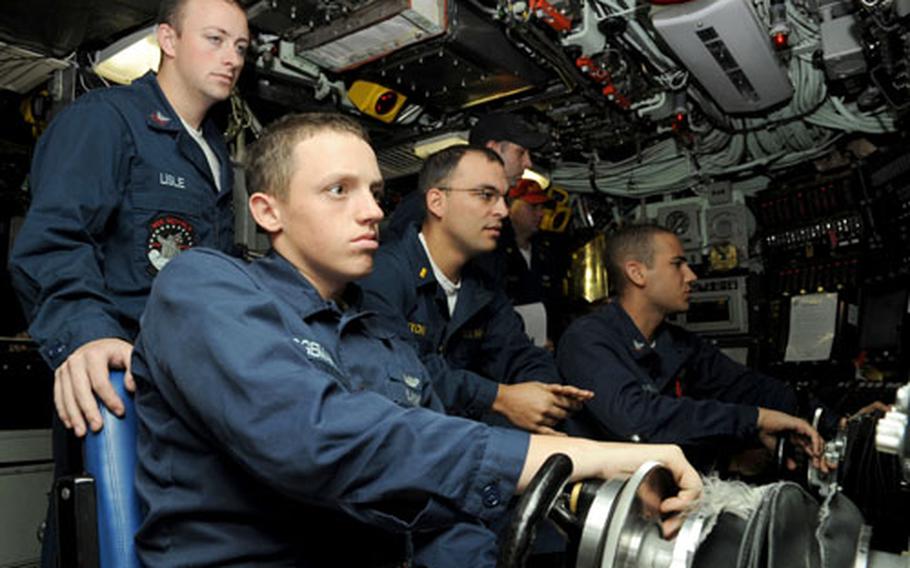 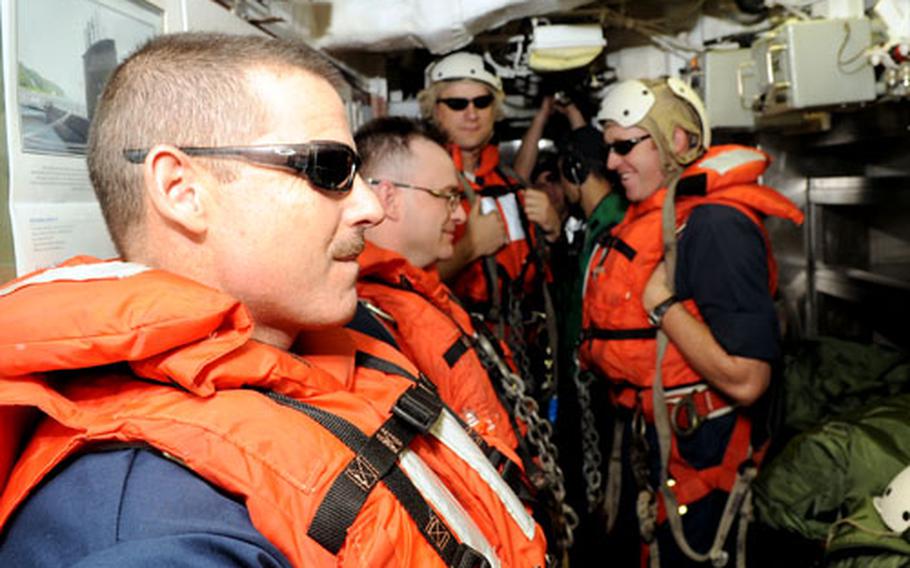 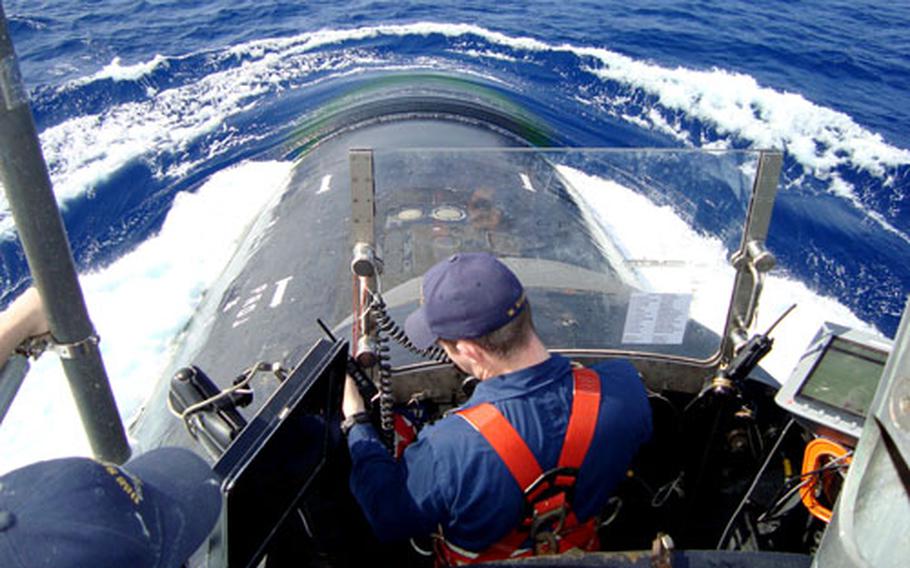 Lt. j.g. Wes Stange talks with the control room while observing from the bridge of the USS Seawolf as the boat surfaces in the Pacific Ocean in February. (Courtesy of Adam Vergilio)

On a submarine, ordinary activities are anything but routine

ABOARD THE USS SEAWOLF &#8212; Living in a 353-foot-long world with no sunlight for a month is contrary enough to human nature.

Sharing a coffin&#8217;s worth of private space with another person on an 18-hour schedule tests a submariner&#8217;s ability to adapt.

Even most servicemembers in Iraq have semi-regular access to the Internet, webcam conferencing to see their families and newspapers to keep them entertained and informed.

Submariners make do by sending batches of e-mail when they can surface &#8212; which they try to do most days if the mission allows &#8212; along with communication during port visits.

Friends e-mail them NASCAR updates or news about the local town&#8217;s new Target.

But for the most part, they live within a six-month time bubble in an era where pop culture trends change faster than Susan Boyle and Keyboard Cat can record "Ice, Ice Baby."

After his first deployment in the early &#8217;90s, Seawolf Chief of the Boat Jared Hofer, of Freeman, S.D., wondered where all the mullet haircuts had gone and what "grunge rock" was all about.

"Nobody told me while I was under way," Hofer said.

He remembers going to the mall food court and "sitting there, just watching people for an hour or two, re-acclimating myself to society."

Deployments mean that there are gaps in the knowledge bases of even those sailors who regularly keep up with the news.

For example, one sailor was saddened to learn during his last deployment that Mother Teresa died, though it happened in 1997.

"Really, the hard part is not being able to see my children," Hofer said. "I&#8217;ve missed a lot of birthdays and anniversaries and stuff like that in the last six years."

Lt. j.g. Gabriel Kimich tries to write his wife an e-mail every day and call her via Skype when he pulls into port.

It&#8217;s how he gets the news on his 18-month-old daughter as she progresses from crawling to stumbling.

"It makes a world of difference," Kimich said.

At the beginning of the deployment, submariners can choose whether they want to hear any bad news right away or if they&#8217;d rather be told when they disembark.

All of the e-mails are submitted and screened to prevent leaks of any classified information.

It may take a day to get an e-mail response, or it may take longer, depending on the mission.

For example, the Seawolf could have remained in communications contact by heading south when it moved its home port in 2007 from Groton, Conn., to Bremerton, Wash.

Instead, it took the shortest route available and headed north.

"We sailed out for about 40 days under ice. That was rough," Powers said. "Once we got out on the other side, thousands of e-mails downloaded. That was great."