What happened to Ashley Turner? 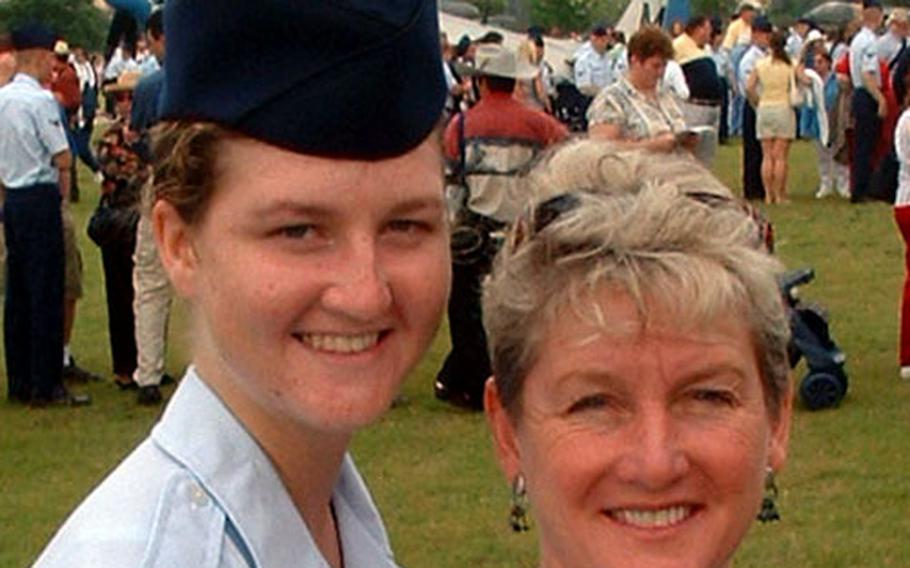 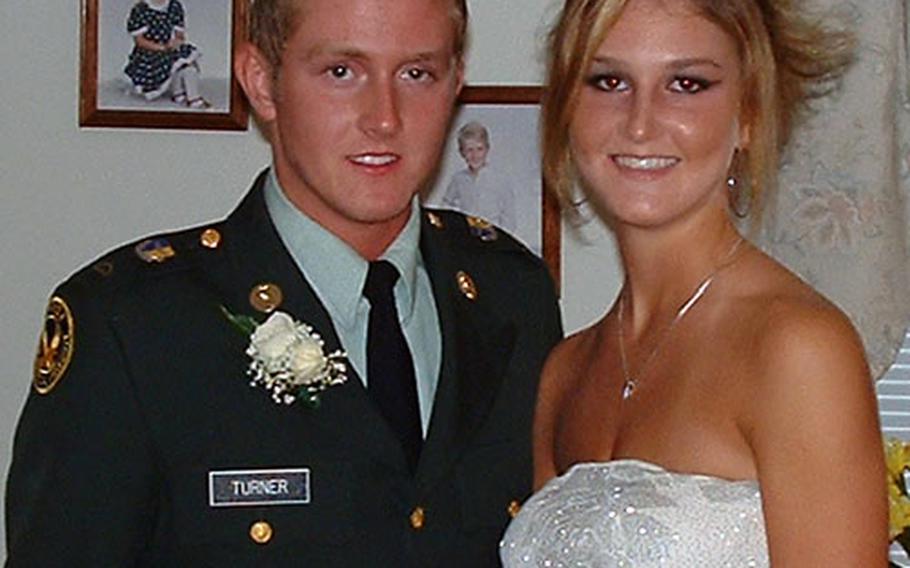 Airman 1st Class Ashley Turner poses for a photo with her brother, Jason, an ROTC cadet at Embry-Riddle Aeronautical University. (Special to S&S) 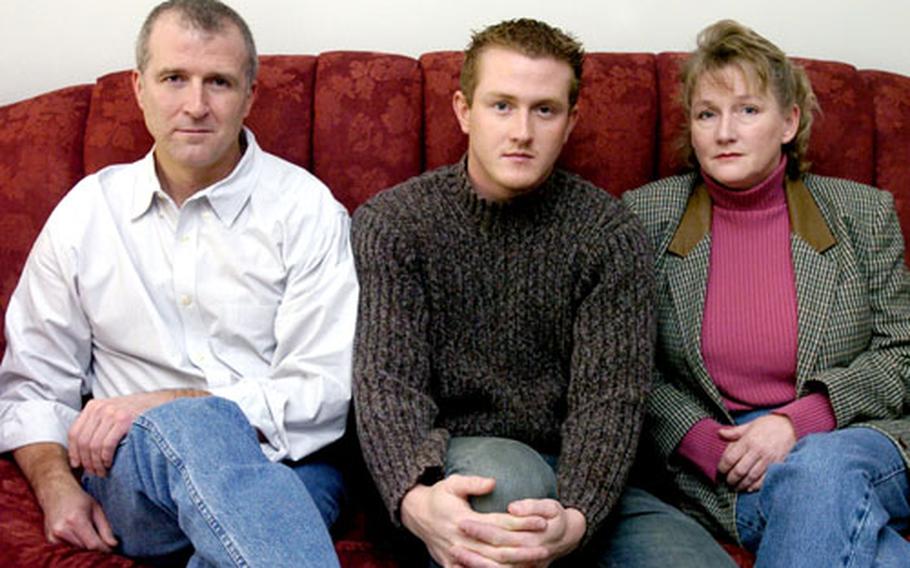 Members of the Turner family — from left, father Larry; son Jason, 21; and mother Lisa — sit in their Frederick, Md., home. The family is still waiting to hear details of the death of Airman 1st Class Ashley Turner last August in Iceland. (Sam Yu / Special to S&S)

Airman 1st Class Ashley Turner&#8217;s parents can talk about the basics of her murder without difficulty.

They can speak with composure about how the 20-year-old was stabbed in the head and neck. How she was found near her dorm room at Naval Air Station Keflavik, Iceland, and pronounced dead just before 11 p.m. on a Sunday in August.

Was she raped, they wonder? Did she struggle with her killer? Did she suffer before she died?

Larry and Lisa Turner have no idea.

Ashley, a member of the Air Force&#8217;s 56th Rescue Squadron, was strong and could defend herself, her father said. But he doesn&#8217;t know if she was attacked from behind or had the chance to face her killer. He doesn&#8217;t even know what kind of weapon was used to kill her.

Since an initial release revealed Ashley Turner had died of &#8220;trauma to the head and neck,&#8221; military investigators have refused to give any other details of the crime, the Turners said from their home in Frederick, Md.

Initial information provided by the Air Force was so vague it didn&#8217;t even make that clear, she said. Even now investigators will only say that they won&#8217;t rebut published accounts that it was, in fact, a stabbing.

&#8220;We knew absolutely nothing. I kept thinking she just fell off the treadmill,&#8221; Lisa Turner said.

Along with a string of bungled dealings including several misprinted death certificates and a botched delivery of death benefits, the lack of information has been part a tactless and insensitive attempt by the military to deal with a grieving family, they say.

The Turners feel they have been pushed to the side, Larry Turner said, made to feel like an annoyance.

Military wants to protect caseOne thing the Turners want to make clear is that they don&#8217;t have an ax to grind with the military.

&#8220;I&#8217;m retired military, I&#8217;m a patriot. I love my country,&#8221; Larry Turner said. Both he and his wife served in the Navy, their son is an Army ROTC cadet, and other members of the family have been in the service. They are a family that understands how cumbersome military administration can be, he said.

They also share the military&#8217;s top concern about the case, the couple said: that the investigation maintain its integrity, so that whoever killed Ashley is brought to justice without delay.

But it&#8217;s the potential for that kind of compromise that Air Force and Naval Criminal Investigative Service officials say is the reason they cannot release any information, even to the family.

&#8220;The bottom line is, in a homicide investigation we have to be very careful about what information is shared with anybody, even with the family,&#8221; NCIS spokesman Ed Buice said by telephone from Washington, D.C.

Almost any amount of information meted out to the public can potentially corrupt an open investigation in the eyes of the NCIS, he said, and the Turner case is still &#8220;very much under active investigation.&#8221;

For its part, the Air Force, which will prosecute the case, takes a similar line. Citing a host of regulations regarding the release of information, officials for the parent command of Ashley Turner&#8217;s unit say they can&#8217;t talk about it.

&#8220;In general, what these rules provide is that information from an investigation may not be released if the release would either violate someone&#8217;s personal privacy &#8230; or cause a substantial likelihood of prejudicing a criminal proceeding,&#8221; said Tech. Sgt. Renee Kirkland, a spokeswoman for the 48th Fighter Wing funneling information from the command&#8217;s legal office.

It&#8217;s no different in the outside world, according to police from Frederick. If Ashley Turner had been killed within city limits, the family likely wouldn&#8217;t know much more, said Detective Sgt. Bruce DeGrange.

&#8220;Our protocol is we don&#8217;t release any information to anyone,&#8221; DeGrange said. As with the military, the integrity of a case is paramount, and no one can tell what detail, leaked to the wrong person, can corrupt a case against a suspect.

Barring the very specific details of the crime, which the Turners say they are pragmatic about receiving, the family would just like to know how the investigation is progressing.

They have met with NCIS and Air Force liaisons several times, they said, but have walked away so unhappy with the meetings they eventually appealed to their congressman to step in and help.

The problem, Buice said, is that no mechanism exists to deliver investigative progress reports to family members.

But the prosecution &#8212; the Air Force &#8212; hasn&#8217;t charged the suspect it has been holding since August. Part of the issue is that the Air Force will not release details on a case until it has brought charges against a suspect.

In general, the Uniform Code of Military Justice requires that those charges be announced within 120 days of the arrest of a suspect, said Capt. Joshua Yanov, chief of the 48th Fighter Wing&#8217;s military justice department. But in certain circumstances, military judges will allow extensions.

Unknowns haunt familyFrom what the Turners do know about the days before their daughter&#8217;s death &#8212; relayed to them by Ashley herself &#8212; they say she had been ordered to live in the same dorm as a man she was scheduled to testify against for stealing from her.

That same man, they say, is the one being held for her murder.

But while military investigators and prosecutors work to bring the suspect to trial, the Turners are in a psychological and emotional crucible with no foreseeable conclusion, they said.

While they wait, they said, they can&#8217;t rule out any horrific possibilities of the murder, especially about Ashley&#8217;s final minutes.

The couple heard from one unofficial source, for instance, that evidence exists to suggest their daughter tried to crawl away after she was hurt.

Knowing anything for certain, even painful details, would be better than nothing, he said.

Jason Turner is in a difficult position.

As an ROTC cadet at Embry-Riddle Aeronautical University, the 21-year-old student is about to join a military that he is suspicious of and even resents to a certain degree.

Just months away from his commission as a second lieutenant in the Army, the brother of Ashley Turner said his outlook on becoming an officer has been irreversibly altered in the five months since his sister&#8217;s murder.

Hurt that Ashley was killed under the care of the Air Force, shocked by the silence of investigators on the case and angered by military bungling of her death benefits, Jason Turner said he no longer sees the military as an organized and honorable institution.

That anger was quickly supplemented by disgust with people he is about to join, he said, because of the way they have dealt with him and his family.

At one point in the past several months he became so estranged that he considered trying to drop out of the ROTC program, he said.

His experience with the military since August has also convinced him that a personal conviction to stick to his core values as an officer will hold him back in his career.

One area he won&#8217;t be deterred from, however, is the pursuit of anyone accountable for his sister&#8217;s death, he said.

Turner is convinced that personnel at Naval Air Station Keflavik are responsible for allowing his sister to be killed, and he gives no quarter to any rank as a possible target of his struggle to see justice carried out.