What does Obama's support for gay marriage mean for the military? 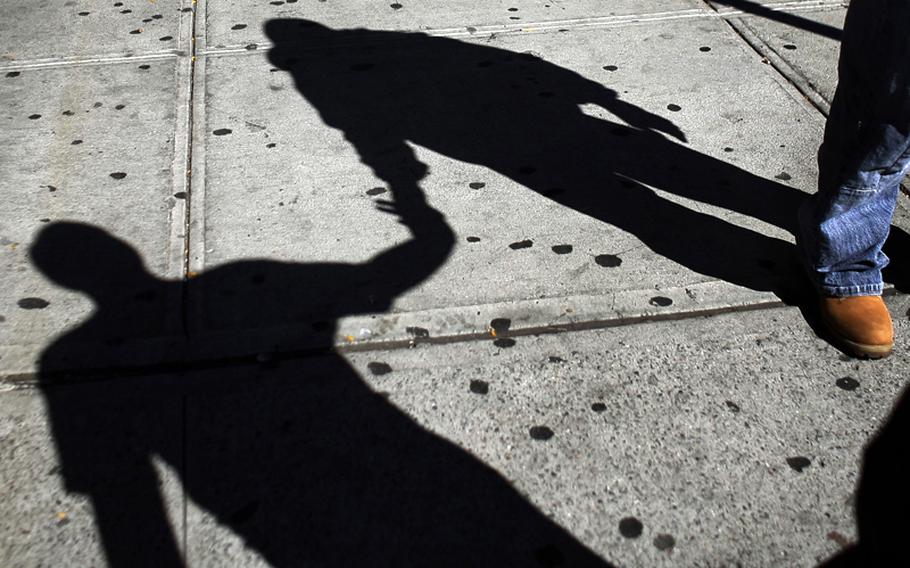 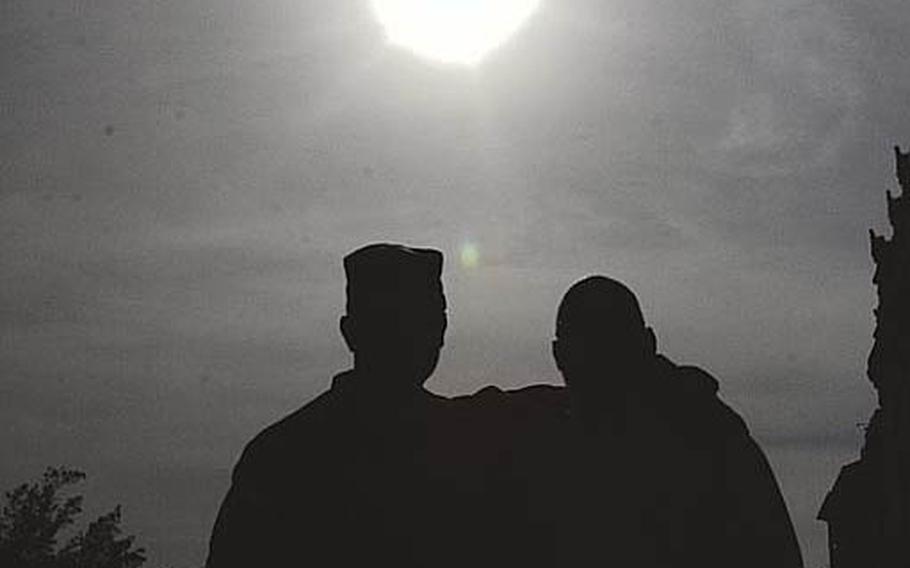 Gay military couples could soon have access to the same benefits as their heterosexual counterparts with today’s Supreme Court decision striking down part of the Defense of Marriage Act. (Amanda L. Boston/Stars and Stripes)

WASHINGTON - When President Barack Obama announced his support for same-sex marriages on Wednesday, he noted that his decision rested in part on the plight of gay troops who feel they're being treated unfairly.

Now, gay rights groups hope that the president's statement could trigger more dramatic changes for gays in the military in coming months.

It also puts the Defense Department in the middle of another heated social debate, less than a year after the repeal of the controversial "don't ask, don't tell" law, which barred gays from serving openly in the military.

In an interview with ABC News, Obama said his position on gay marriage has changed in part because "I think about those soldiers or airmen or Marines or sailors who are out there fighting on my behalf and yet feel constrained, even now that &lsquo;don't ask, don't tell' is gone, because they are not able to commit themselves in a marriage."

Within hours of that announcement, Veterans Affairs Secretary Eric Shinseki announced that his department would not argue for the Defense of Marriage Act in a lawsuit seeking benefits for the same-sex partner of a Navy veteran in Connecticut, another win for rights groups. DOMA prohibits federal agencies from recognizing legal same-sex marriages for purposes of family benefits or programs, since state laws on the legality of those unions differ.

"Hopefully, this will be the catalyst for the Pentagon giving more benefits to same-sex couples," said Aubrey Sarvis, executive director of the Servicemembers Legal Defense Network. "We hear from our military clients that they're looking at or are planning on getting married, so it's an important issue for them."

For the last year, SLDN has pushed defense officials to broaden the benefits available to same-sex couples, even while the Defense of Marriage Act prohibits federal agencies from formally recognizing those unions.

Sarvis said lawyers at the network believe military commanders could grant gay families things like base housing, military ID cards, joint-duty assignments and combat exemptions without running afoul of DOMA. So far, however, military officials have maintained that federal statutes prohibit such actions.

Officials from OutServe, whose members include hundreds of active-duty gay troops, said the president's statement helps bring the issues of inequality for gay troops back into the public debate.

But Clarke Cooper, executive director of the Log Cabin Republicans and an Army Reserve captain, criticized the timing of Obama's announcement, which came a day after North Carolina voters rejected a proposal to allow same-sex marriages in that state. Conservative opponents of same-sex marriage also called it a move designed to rally Obama's core voters but not representing any real change.

One amendment would bar any same-sex wedding ceremonies on military facilities, while the second would prohibit commanders from punishing chaplains who express views against homosexuality.

Rep. Todd Akin, R-Mo., who sponsored the latter amendment, said the move was necessary because the president "is now using the military as props to promote the gay agenda."

The measures are unlikely to pass the Senate and become law, but do indicate the continued difficulty ahead for any substantial change from Congress on the issue of same-sex benefits.

The Obama administration has said they will not defend the Defense of Marriage Act in court, but Republican House leaders have taken up the cause in their place. Efforts to overturn the law have stalled in the Republican-controlled House.

Tony Perkins, president of the conservative Family Research Council, in a statement dismissed the impact of Obama's new opinion, saying that "redefining marriage remains outside the mainstream of American politics."

A Gallup Poll released Tuesday said that Americans are divided on the issue, with 50 percent in favor of recognizing same-sex unions and 48 percent opposing that. But following the North Carolina vote Tuesday, 38 states now have prohibitions against gay marriages.

Next week, gay rights groups are scheduled to host a convention in Washington, D.C., to discuss resources for same-sex military couples and to lobby Congress on extending benefits for those families. Organizers are already highlighting Obama's comments as a hopeful step forward in that effort.