What does it take to feed an aircraft carrier on a combat mission? About 17,300 meals 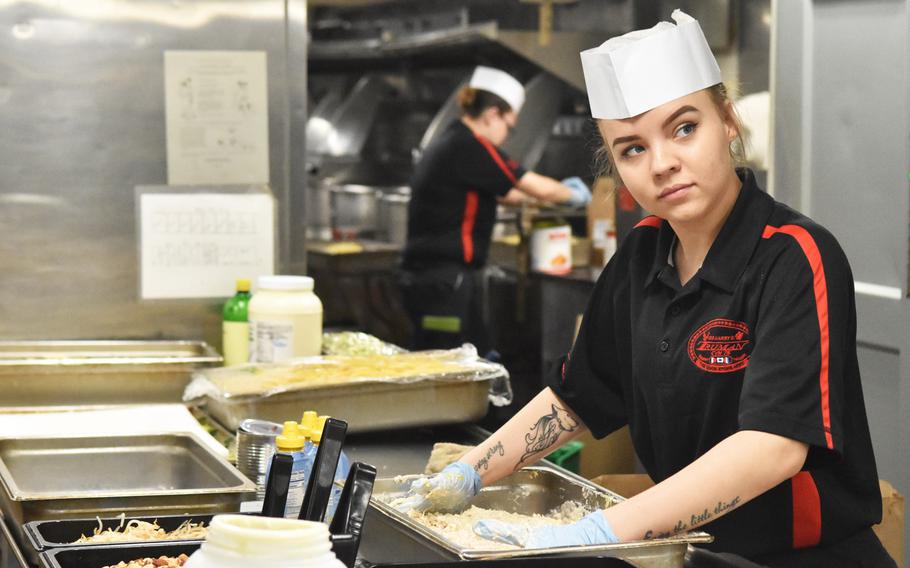 Buy Photo
Cooks prepare lunch at one of the USS Harry S. Truman's seven galleys on May 8, 2018, in the eastern Mediterranean. The ship's 114 cooks make more than 17,000 meals a day to feed crews during combat operations. (Scott Wyland/Stars and Stripes)

Buy Photo
Cooks prepare lunch at one of the USS Harry S. Truman's seven galleys on May 8, 2018, in the eastern Mediterranean. The ship's 114 cooks make more than 17,000 meals a day to feed crews during combat operations. (Scott Wyland/Stars and Stripes) 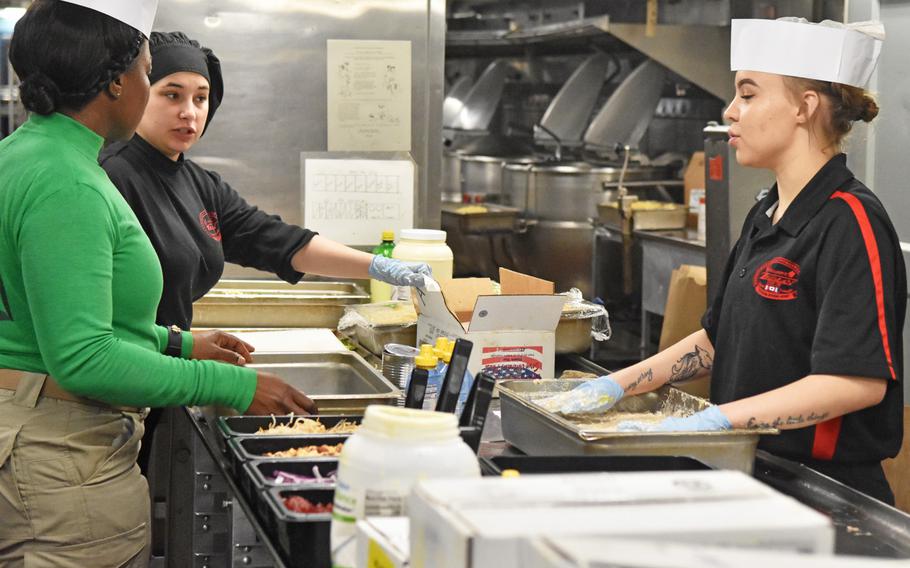 Buy Photo
Cooks discuss food preparation at one of the USS Harry S. Truman's seven galleys on May 8, 2018, in the eastern Mediterranean. Culinary crews must be well-organized and work together to feed the ship's 5,500 sailors during a combat operation. (Scott Wyland/Stars and Stripes) 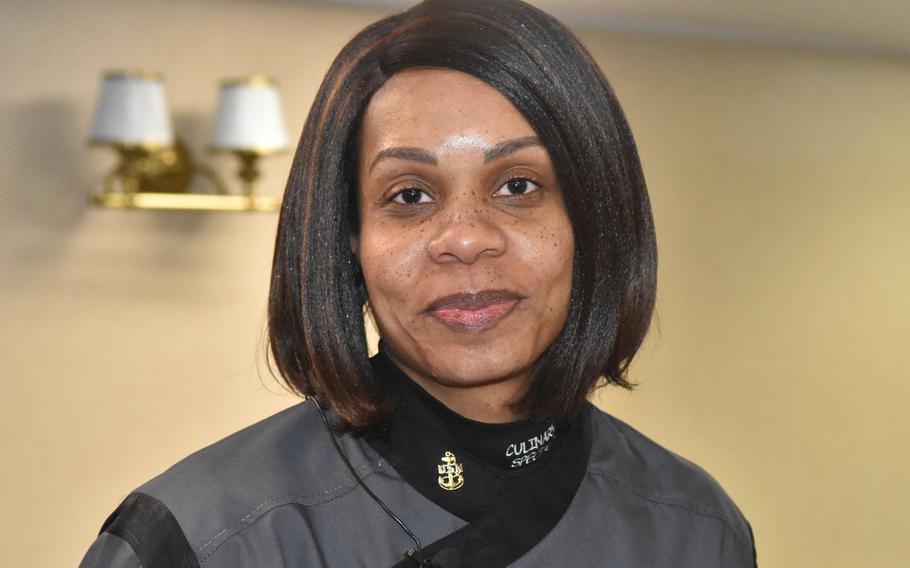 ABOARD THE USS HARRY S. TRUMAN — An aircraft carrier galley buzzing with activity looks like an oversized restaurant kitchen.

The difference is that these cooks — known as culinary specialists — must feed about 5,500 people on the USS Harry S. Truman while it’s in the eastern Mediterranean launching sorties against the Islamic State.

Ensuring crews are well fed in a combat operation is important to maintain morale and energy, as sailors work longer hours with fewer breaks.

Cooking for a floating city adds up to about 17,300 meals a day. Even with 114 sailors pitching in, that seems like culinary magic.

But those who oversee this mammoth job say organization, multitasking and teamwork are key.

“Deployment forces you to be a unit,” said Chief Petty Officer Naomi Goodwyn, who’s in charge of preparing officers’ meals. “We rely heavily on each other.”

Cooking at the homeport is much less intensive because sailors have other places they can eat, said Petty Officer 2nd Class Brandi Royal, who makes meals for E-6s and below.

“On deployment there’s nowhere else to go, so it’s mass production we’ve got to adjust to,” Royal said.

Everything is made in bulk, she said. Cooks must constantly prep food, do several different jobs and train to take on new tasks, she said, adding that versatility is essential.

The cooks’ culinary experience before joining the Navy can vary significantly, Goodwyn said. “Everything from chefs to people who never boiled water before,” she said.

The hardest task is getting junior staffers to the desired skill level as they deal with a more intense pace and workload while deployed, she said.

Keeping the carrier’s seven galleys adequately stocked is vital. A supply ship delivers 400,000 to 1 million pounds of food every seven to 10 days.

Sometimes regional food is included in the deliveries to add variety, such as feta cheese from Greece, Royal said.

The Navy sets menus for 21 days. They include specials aimed at boosting morale, such as Taco Tuesday and Mongolian Grill, which Royal said is similar to food served at P.F. Chang’s.

Sailors who have a birthday while at sea are treated to a special meal that calendar month, which includes a table cloth, wine glasses, nice music and a main course of prime rib or lobster, Goodwyn said.

The cooks strive to make the high volume of food they prepare enjoyable because the ship’s morale is closely tied to what sailors eat, Goodwyn said.

“Everything in life is surrounded by food,” she said.