West Stow: Get a feel for the times of the Anglo-Saxons Visitors to the West Stow Anglo-Saxon Village stroll through the site, which dates to the fifth century. (Charlie Reed / S&S)

Visitors to the West Stow Anglo-Saxon Village stroll through the site, which dates to the fifth century. (Charlie Reed / S&S) 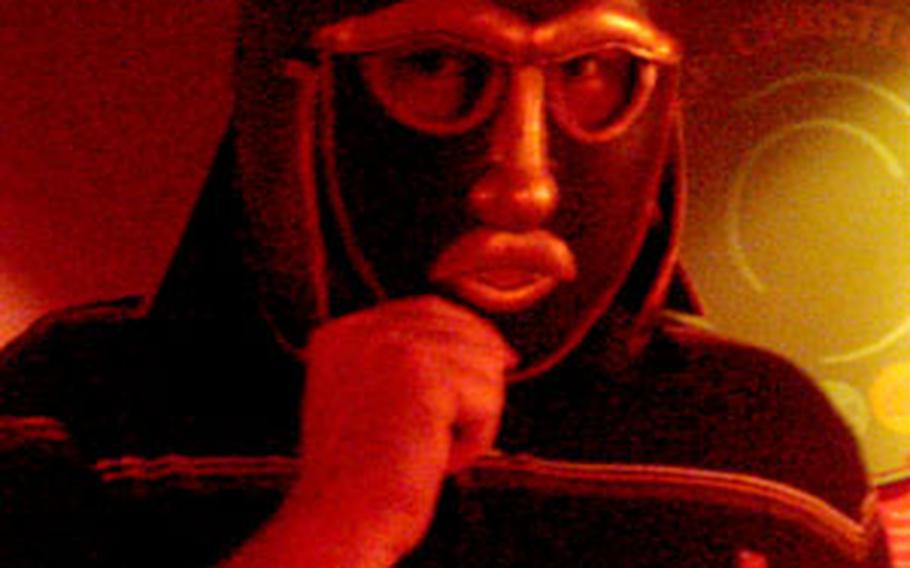 A visitor to the West Stow Anglo-Saxon Village tries on a helmet on display in the exhibition gallery. (Charlie Reed / S&S) 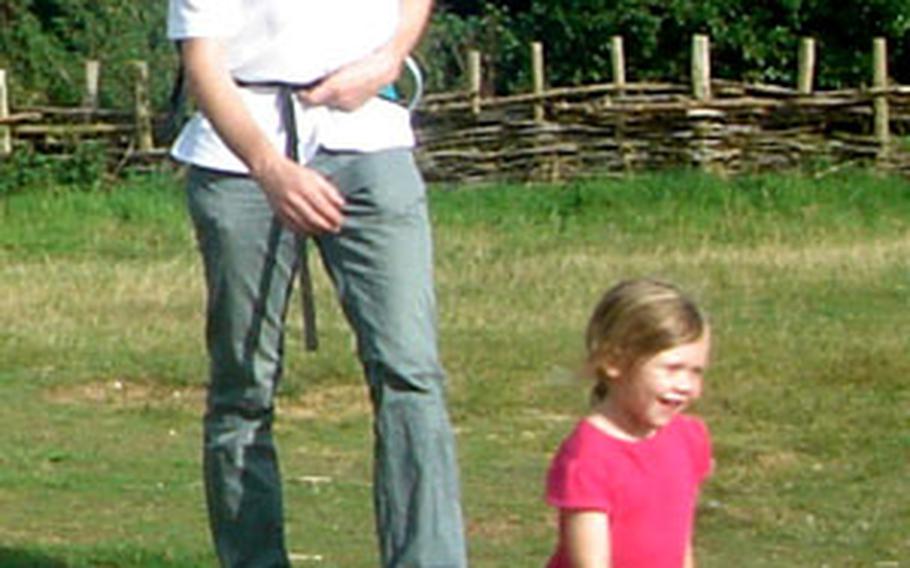 Bring the family to West Stow Anglo-Saxon Village. When the weather is nice, not only can you explore the village but you can also take a walk through the country park and river next to the site. (Charlie Reed / S&S) After you’ve meandered through West Stow Anglo-Saxon Village, check out the exhibition hall to see the displays of implements and jewelry, as seen here. These items were unearthed at a nearby Anglo-Saxon grave discovered in 1865, though the village itself was excavated between 1965 and 1972. (Charlie Reed / S&S)

WEST STOW &mdash; Through a combination of experimental architecture and artifacts unearthed here 40 years ago, archaeologists have pieced together what life was like for England&rsquo;s early Anglo-Saxons.

The Anglo-Saxon Village allows visitors to travel back in time through a detailed reconstruction of the houses they lived in and a peek at the jewelry, weapons and everyday objects these ancient people used. The 125-acre site is attached to the West Stow country park, giving the family-friendly attraction even more bang for the buck.

A cynic might say the village is just a cluster of huts in a field not worth the energy it takes to walk around. But those with a bit of imagination and a penchant for history are sure to enjoy the trip back in time.

Sitting in the "living house"&mdash; an area where villagers cooked, slept and passed away the time &mdash; on a recent visit to the Anglo-Saxon Village, Roger Ellams and his family joked as his sons took turns sitting in what would have been the structure&rsquo;s only chair, one reserved solely for the head of the house.

"We do it with a certain sense of irony," said Ellams, of Bristol. "Back then, I would have been some sort of demi-god, and they wouldn&rsquo;t even had tried to sit in that chair."

The Anglo-Saxons settled in this small, wooded village just outside Bury St. Edmunds in A.D. 420, just after the Roman period. Attracted by the light Breckland soil, these ancient farmers lived here for about 200 years in communal clusters of houses with three or four families per dwelling.

Though a nearby Anglo-Saxon cemetery was revealed in 1865, it was between 1965 and 1972 that the site was stripped and excavated. Having been covered by a sand dune since the 13th century, the village was untouched. Most of the wooden structures had rotted away but experts got an almost pristine look at life in England from the fifth to the seventh centuries.

To get an even better idea of the people and the times, archaeologists and volunteers began reconstructing the village using the tools and techniques available to the Anglo-Saxons. They experimented with different building techniques, making educated guesses about exactly how the buildings were erected and used. Many elements of the Anglo-Saxon life are still open to interpretation, according to the short video visitors are encouraged to watch upon entering the village.

Arrange a visit when there is an event, such as the upcoming local food market on Sept. 14. The Friends of West Stow Anglo-Saxon Village also periodically hold events and workshops, on such topics as fletching &mdash; or arrow-making &mdash; antler-carving and leather-shoe making.

The village recently opened a new exhibit with relics from prehistoric, Roman and medieval times. There&rsquo;s also a gift shop, tea room, picnic area and playground. The village gives you the best of both worlds &mdash; a chance to walk in the shoes of our ancestors and enjoy a few of the modern creature comforts.

Top: Bring the family to West Stow Country Park and Anglo-Saxon Village. When the weather is nice, you can explore the village and take a walk through the park and river next to the site. Above left: A visitor to the village tries on a helmet on display in the exhibition gallery. Above right: The village gift shop is full of jewelry, pottery and other trinkets fashioned after the ancient peoples who once lived on the site. Left: The family-friendly village is tucked in a wooded area along a small river just outside Bury St. Edmunds.