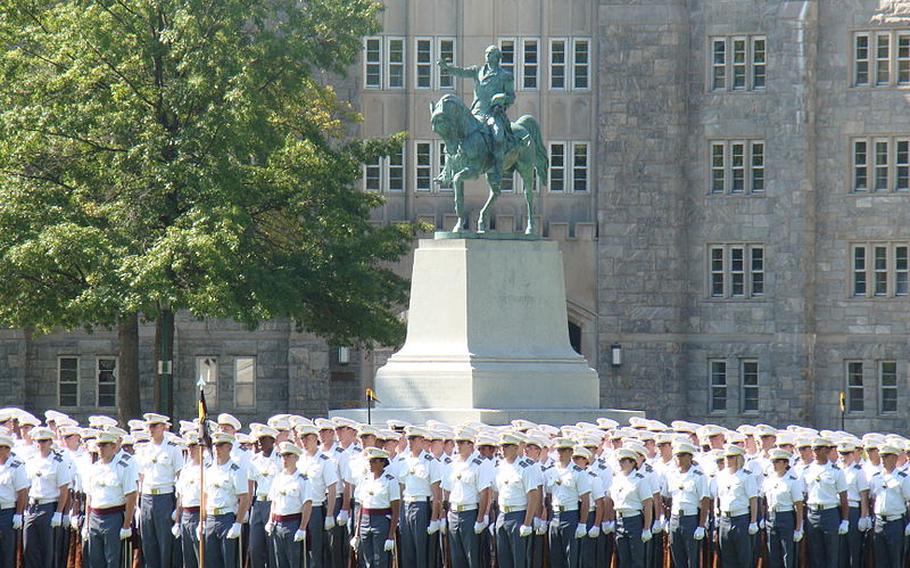 WASHINGTON — Members of the U.S. Military Academy’s rugby team, which West Point officials announced last week had been disbanded for inappropriate emails, will have to prove they’ve learned a lesson about respect before they can take the field again.

It’s not a given that the team reunites in the coming school year, a West Point spokesman said.

“It not on a time line,” said Lt. Col. Webster Wright. “It’s conditions-based. So when the leadership feels they have met those conditions, the team will be reinstated.”

An investigation that wrapped up in May found that emails that circulated among the 60 team members contained material that Wright said was, among other things, lewd, inappropriate and mocking both of team members and nonmembers.

The emails contained no inappropriate pictures of female cadets, he said, and the incident was not linked to another West Point scandal last month, when a sergeant was charged with secretly videotaping female students in shower and bathroom facilities.

Although not all cadets were equally active in producing or circulating the offending emails, all had the a responsibility to report them, Wright said.

In addition to disbanding the team – which Webster said had been among 16 scheduled to play in Philadelphia in recent days for the collegiate rugby national championship – players were given maximum allowable punishments under cadet disciplinary code. For the 15 seniors on the team, that included reduction in cadet rank to private and restriction to post, among other punishments. After completing a “respect rehabilitation program,” however, the cadets were allowed to graduate, Wright said.

The entire team underwent respect training, which included the use of “reflective journals” and interviews with role models, according to an academy statement. Returning students will participate in further remedial respect training, Wright said.

Wright said the strict punishment was not a reaction by academy leaders to sexual assault and harassment in the military.

“Over the last decade or so, certainly if this had come to light, it would have been dealt with in a similar manner,” he said. “It was just generally inconsistent with what we expect of future leaders.”