West African training mission is in its final phase 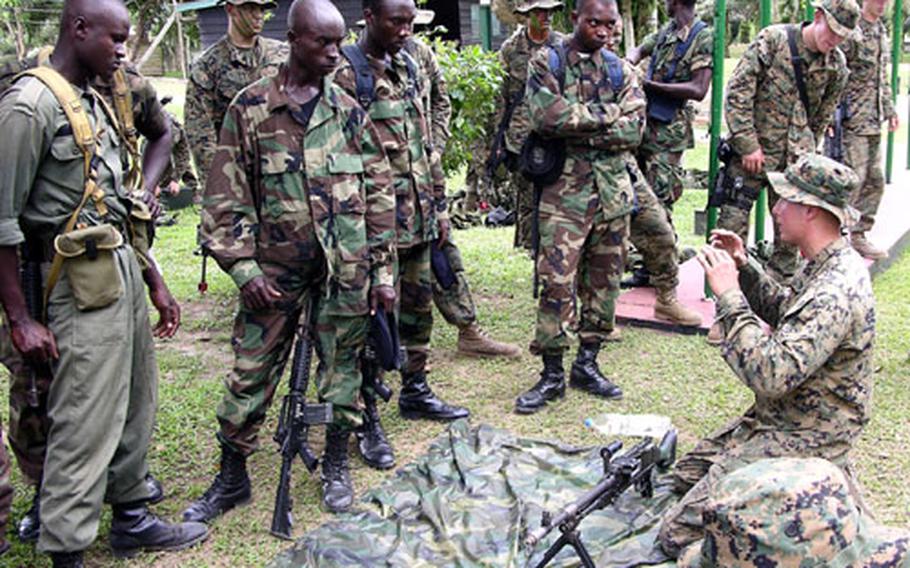 After training stops in Guinea and Ghana, U.S. troops on the West African Training Cruise 06 have begun their final exercise, Green Osprey, up the African coast in Senegal.

The servicemembers &#8212; Marines from Company C, 1st Battalion, 8th Marine Regiment and sailors from the USS Gunston Hall &#8212; and their counterparts from Italy and Spain, were joined in Senegal by troops from four other countries for the United Kingdom-led exercise.

Maj. Ryan R. Gutzwiller, commander of the coalition landing forces, said the troops have been conducting live-fire and demolition training during this stop on their six-week mission.

The Marines, who are based at Camp Lejeune, N.C., arrived in Rota, Spain, in late September and met up with the sailors from the Gunston Hall, which had sailed to Rota from Norfolk, Va.

After arriving Oct. 8 in Guinea, the coalition force embarked on four days of training involving amphibious landings, boat raids and other missions with troops from Italy and Spain.

The force then sailed aboard the Gunston Hall down the African coast to Ghana, where they trained for six days. Training included jungle patrols, jungle warfare tactics and night-vision training with Ghanaian troops.

Gutzwiller said the mission was to help the African nations help themselves, and said enthusiasm seemed to be running high during the stop in Ghana.

&#8220;After spending a couple days with (the Ghana military), you realize they have the same hopes and dreams for their country as well as common goals and objectives,&#8221; Gutzwiller said.