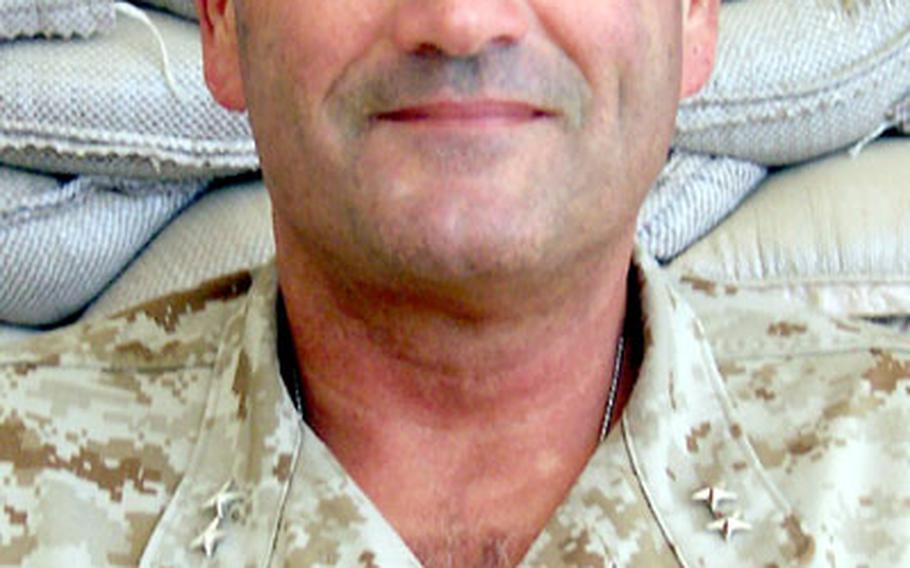 One of the top Marines now serving in Iraq has been given the nod to pin on a third star and take over Marines in Japan.

The Pentagon on Tuesday announced that Maj. Gen. Joseph F. Weber has been nominated to become the next commanding general of III Marine Expeditionary Force and Marine Forces Japan as well as Marine Bases Japan.

Pending Senate confirmation, Weber will replace Lt. Gen. Robert Blackman Jr., who has held all three of those jobs for the past two years.

No stranger to Japan, Weber was the commanding general of 3rd Marine Division on Okinawa for two years before getting slated as the chief of staff for Multi-National Force-Iraq in September 2004.