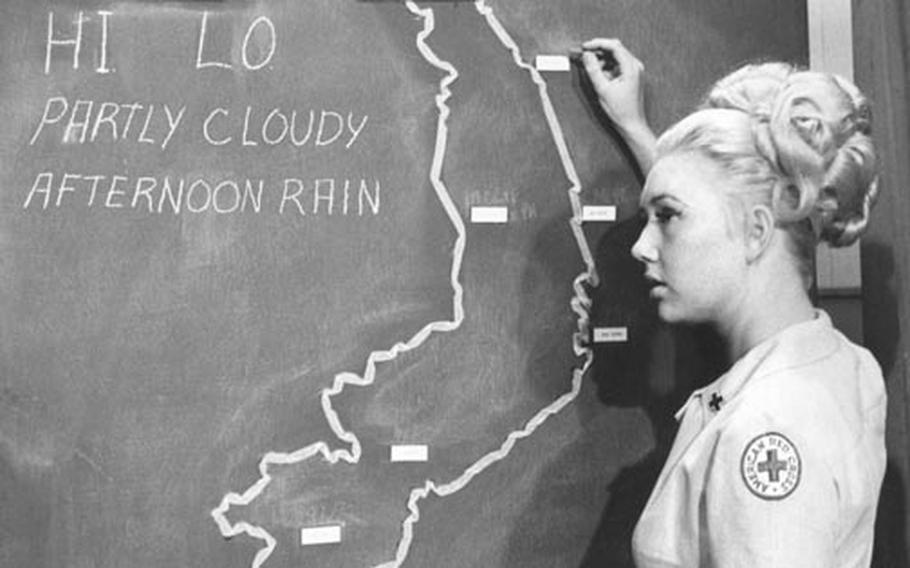 Although her television experience and her knowledge of what make a rainy day rainy are both nearly nil, Barbara (Bobbie) Oberhansly was chosen from a host of Red Cross girls in Saigon to give the daily weather report over Armed Forces Television.

She appears nightly (except Sunday) at 7:55 p.m. to point out Stateside, Vietnam and R&R Center weather conditions.

"I went into this thing cold," Bobbie said. "The people down at AFRTS gave me a jam course on weather and are light-hearted about it all so that I won't be so nervous."

Problems? "There have been a few," she said. "The biggest thing was that they want you to smile all the time and I just couldn't smile at that camera."

A technician at the studio came to the rescue &mdash; he razzes Bobbie just out of camera range to keep her smiling through the broadcast.

Bobbie, 23, says people are always stopping her on the streets and asking, "How's the weather?"