Weapons stolen from arms room on US military base in Stuttgart 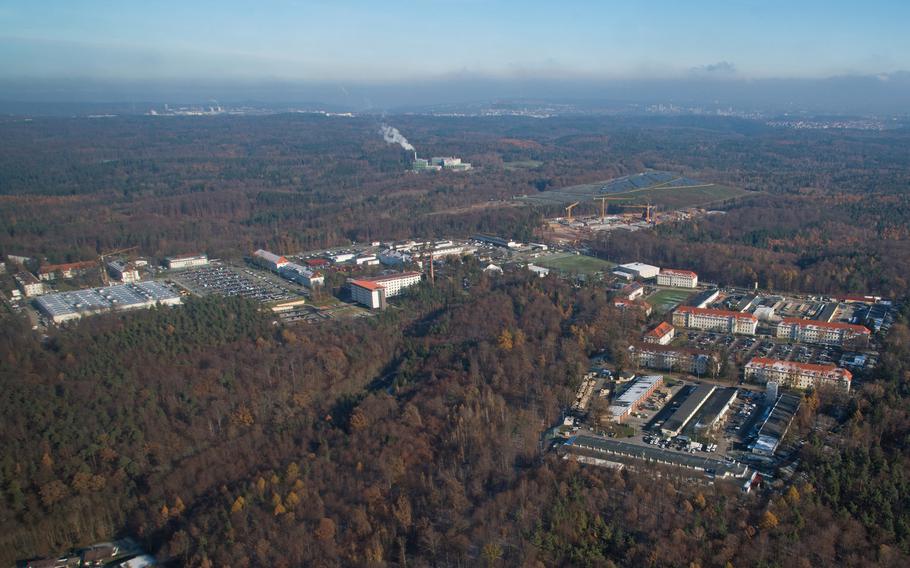 The military is investigating the theft of arms from a weapons room at U.S. Army Garrison Stuttgart. Panzer Kaserne, home to the garrison's headquarters, is shown here. (Martin Greeson/U.S. Army)

STUTTGART, Germany — Special agents from the U.S. Army Criminal Investigation Command are investigating the theft of guns and other military equipment from a base arms room in Stuttgart, military officials said.

“Several semi-automatic pistols, one small-caliber automatic rifle and a shotgun were among the items taken,” said Chris Grey, a CID spokesman.

The Army did not identify all the items stolen or the unit targeted, citing the active investigation. A possible breach of the base fence is also part of the ongoing probe.

“We are looking at all possibilities as the investigation continues, but at this point in the investigation it does not appear that an outside entity stole the firearms and equipment or breached the fence line, but we have not completely ruled it out,” Grey said.

A military official who was not authorized to speak to the media said that the site was Panzer, which also is home to elite units such as Army Green Berets and Navy SEALs, as well as the garrison’s headquarters.

The break-in, which occurred earlier this month, comes at a time of heightened security concerns in Germany in the wake of a wave of high-profile terrorist attacks. These include the July 23 suicide bombing in Ansbach by a Syrian migrant who pledged allegiance to the Islamic State group and the July 19 attack by an Afghan refugee, also claiming allegiance to the group, on a group of tourists on a train in Wuerzburg.

On July 22, a German with dual German-Iranian citizenship killed nine people in a shooting rampage in Munich. While no Islamic terrorist link was established in that case, it has fueled a sense of angst in Germany, which has taken in about a million migrants in the past year.

The military said the German police were assisting with the investigation at the Stuttgart base.

“German authorities were notified and are working with the Army on the investigation,” Ray Johnson said, adding that no further information would be released during the probe.

The U.S. Army Criminal Investigation Command and the Stuttgart CID Office are offering a $10,000 reward to anyone with information that leads to the recovery of the gear or information that aids in the prosecution of those involved in the theft.

Anyone with information is asked to contact the local CID office, the military police or the German police. Or contact CID headquarters in Virginia at 1-844-276-9243 or Army.CID.Crime.Tips@mail.mil.