Weapons' grade A+ after refurbishing at Mannheim 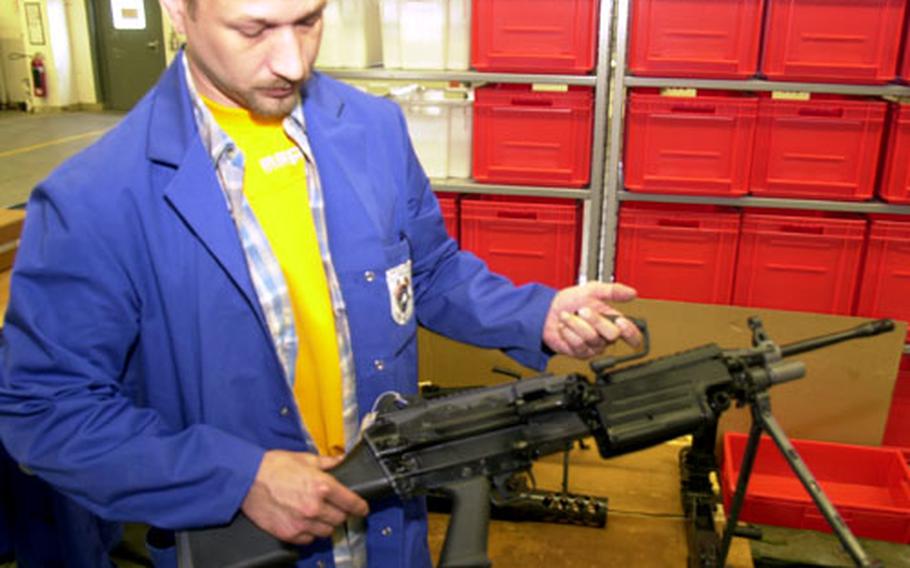 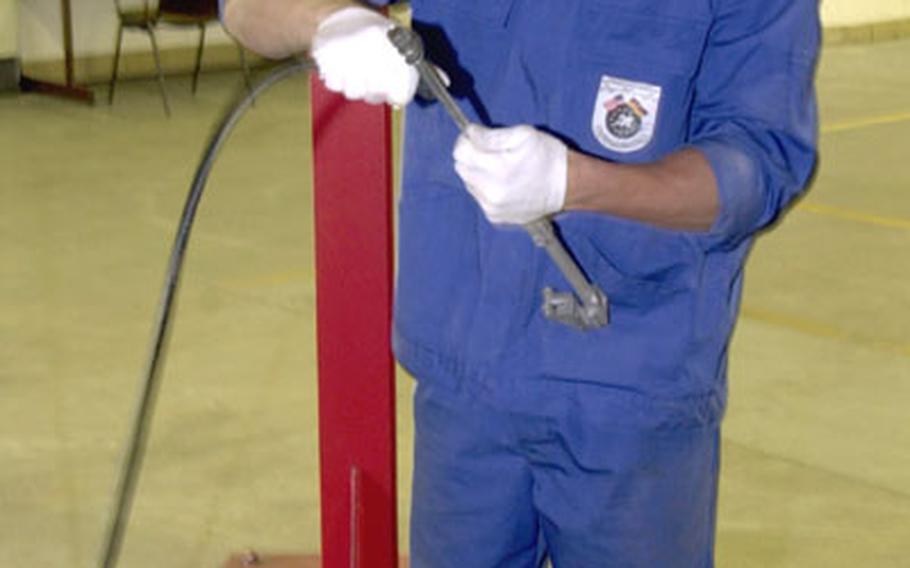 Gun barrels and parts are prepared to receive a new phosphate coating at Maintenance Activity Mannheim on Wednesday. When completed, the parts will be reassembled, and the gun will look like new. (Steve Mraz / S&S) 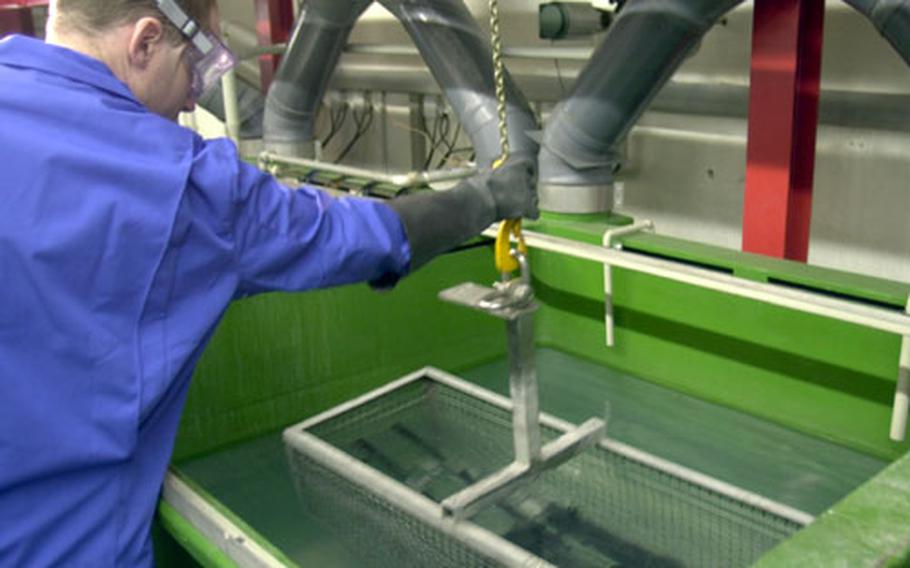 Weapons ranging from 9 mm pistols to imposing .50-caliber machine guns arrive at Maintenance Activity Mannheim desert-scarred and battle-worn. After a process in which they receive a new phosphate coating, the weapons look brand new.

&#8220;Most of the weapons coming to us look sandblasted because of the desert sand,&#8221; said Thomas Kremers, a supervisor at General Support Center-Europe&#8217;s Maintenance Activity Mannheim.

Since beginning the operation in February, workers have cleaned, sandblasted, phosphate-coated and reassembled nearly 650 small-arms weapons for U.S. Army Europe units. The facility where the weapons receive the phosphate coating is the only one of its kind in Europe available to the military. The German workers who run the plant traveled to Anniston Army Depot in Alabama to learn the process.

The phosphate coating protects the weapons against rusting and makes them less reflective. The latter is not a bad attribute to have when fighting in desert environments.

&#8220;The soldiers know that they cannot have shiny weapons or the enemy will know where they are,&#8221; said Manfred Scherzinger, ordnance division chief for Maintenance Activity Mannheim.

The process begins when the weapons arrive and are disassembled. From there, they are cleaned in a device that looks like a commercial dishwasher on steroids. After that, each piece is sandblasted and subsequently hosed off with air. At that point, the weapons have been stripped down to their steel core and have a silverish-gray tone.

The pieces are dried, hosed off again and finally reassembled. The entire process takes about four hours for an M-16 and about eight hours for a .50-caliber, Kremers said.

Aluminum pieces do not go through the same process but rather are coated in a special paint that is baked on at the facility.