‘We will always be the Falcon family’: Yongsan bids farewell to Seoul American school complex after 60 years 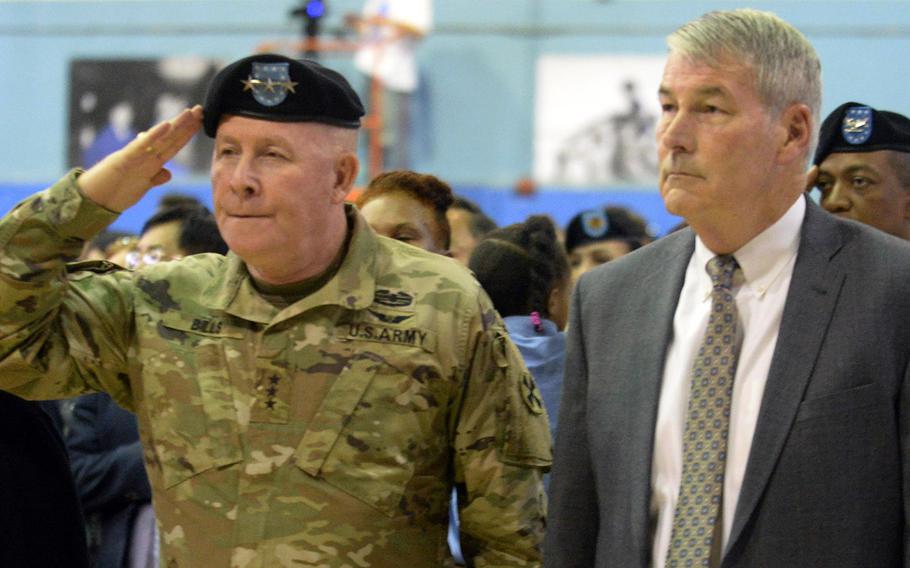 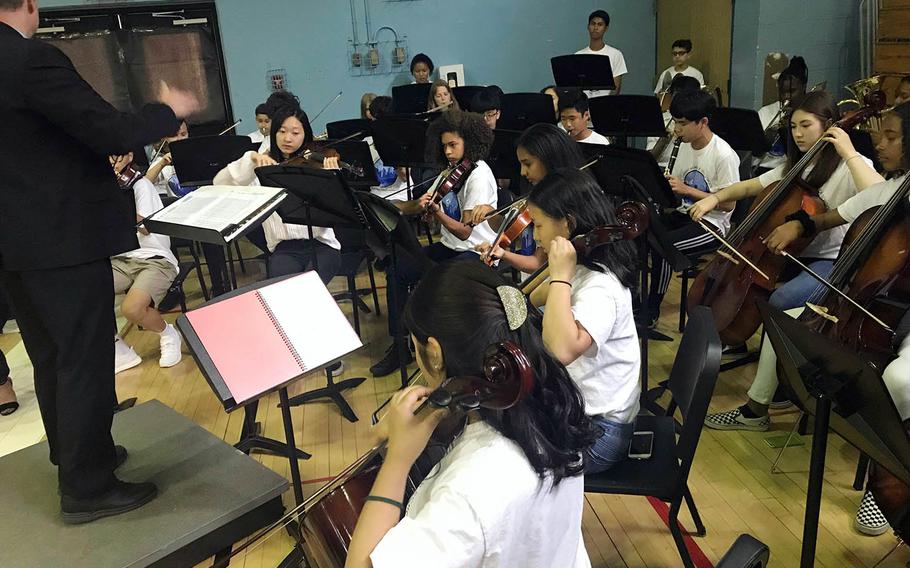 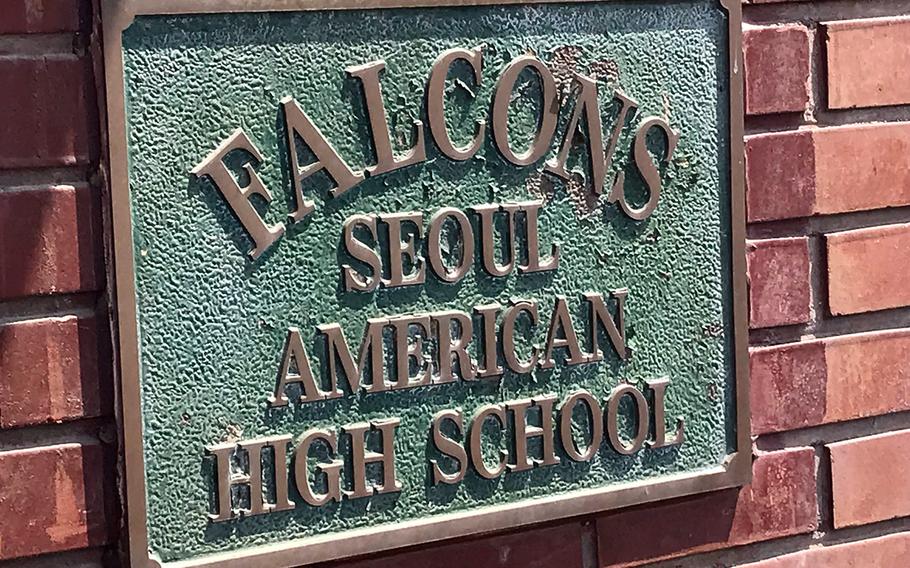 Seoul American High School opened in 1959 for the children of U.S. servicemembers in Korea and has operated on Yongsan Garrison South Post for 60 years. (Dave Ornauer/Stars and Stripes)

YONGSAN GARRISON, South Korea — Students, teachers, administrators, community and alumni from as far back as the 1970s gathered on Monday to bid farewell to Seoul American elementary, middle and high schools.

Some 1,200 people, including more than 50 alumni, filled Falcon Gym to capacity with standing room in the back. Spillover spectators viewed the school complex’s closing ceremony via live stream in the auditorium a couple of hundred feet away.

It was a day of celebration, Weddle said, of the history of the schools, which opened in 1959 for the children of U.S. servicemembers in Korea and operated on Yongsan Garrison South Post for 60 years.

“The sad part is that all the relationships that have developed here are coming to an end,” she said.

Students and alumni were emotional in their views of the school complex closing its doors.

“I was born here. I went to all the schools here. Now, they’re going to be gone,” senior Ashley Clifton said.

Zoe Hall, a 2016 graduate who recently finished her junior year at Utah State, said: “I can’t believe the school is actually closing.”

Seoul American’s schools will close their doors for good later this month as part of the relocation of U.S. Forces Korea from Yongsan to Camp Humphreys, a process that began earlier this decade.

Monday’s closing ceremony preceded by five days the last graduation in Seoul American High School history. The last day of classes is scheduled for June 14 and administration and faculty are to remain until June 28.

Monday’s ceremony featured a who’s who of leadership from the Department of Defense Education Activity, with DODEA Director Tom Brady one of many guest speakers.

Yongsan’s garrison commander, Col. Monica Washington, and Eighth Army commander Lt. Gen. Michael Bills also spoke for a few minutes on the importance of the schools to the community during the relocation.

“Throughout the transformation period, Seoul American schools have never wavered” in their part of the military’s mission at Yongsan, Washington said. “And we can’t be more grateful for their contributions to the community.”

The ceremony featured several music numbers appropriate for a farewell occasion, including Richard Rodgers and Oscar Hammerstein II’s “So Long, Farewell” from the “Sound of Music.” It was performed by Seoul American elementary school’s kindergarten and first-grade classes.

The elementary school’s second- through fifth-grade classes sang a rendition of Anna Kendrick’s “Cups,” and the ceremony concluded with the playing of Green Day’s “Time of Your Life” over the sound system.

Several current and former students spoke recalled how the Seoul American schools evolved from the collection of Quonset huts on South Post to the brick buildings that housed the schools from 1982.

Said Eddie Rozzi, a 2003 Seoul American High School graduate and faculty member the past two years, who’s moving to Humphreys: “Even though the doors will close, we will always be the Falcon family.”