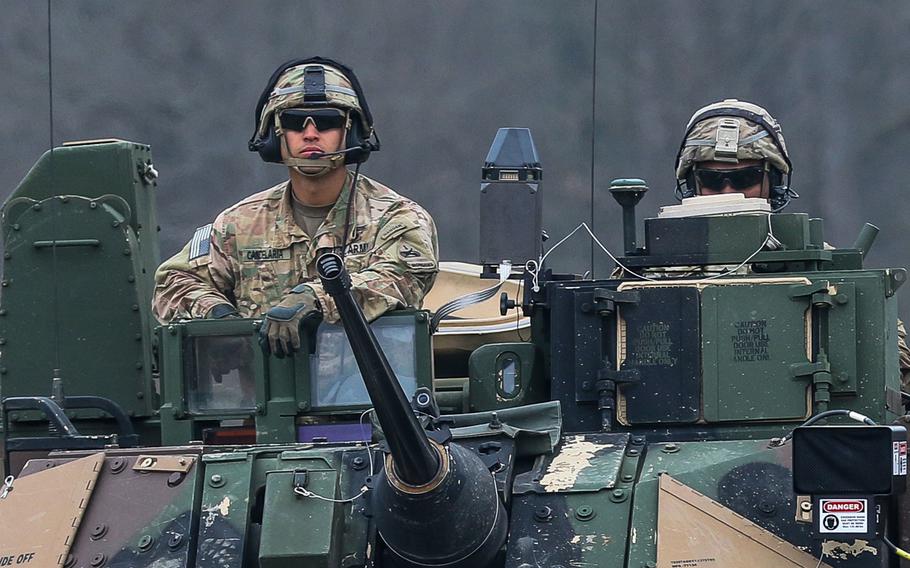 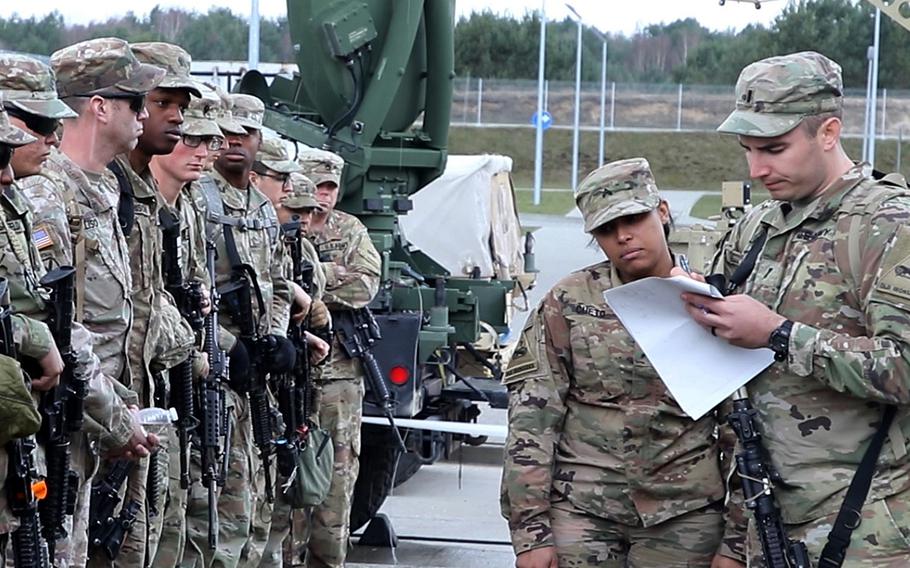 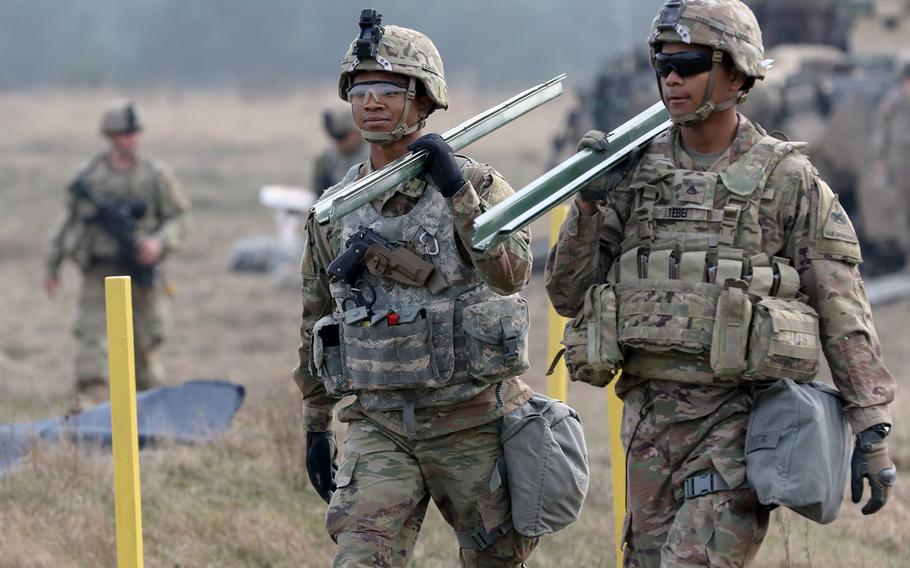 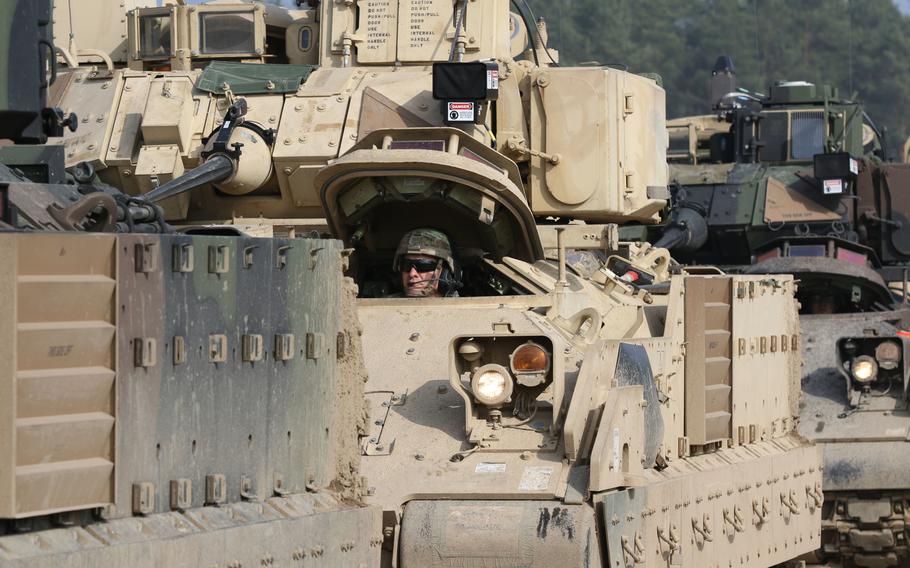 STUTTGART, Germany — The infantrymen of the 1st Battalion, 6th Infantry Regiment were in the middle of gunnery exercises in El Paso, Texas, on March 11 when the call came in from division headquarters: deploy to Poland.

A week later, 1,500 brigade soldiers were bound for training grounds in western Poland in a deployment reminiscent of the Cold War, when no-notice mobilizations were a main feature of the military’s strategy for countering the old Soviet Union.

Now, the Army is relearning the art of snap deployments as it adapts to a new Pentagon strategy — known as Dynamic Force Employment — that calls upon the military as a whole to keep adversaries off balance with more unpredictable troop movements.

“We are going to see this on a regular basis,” said Maj. Gen. John Gronski, deputy commanding general for the Army National Guard at U.S. Army Europe. “For any of our adversaries anywhere, it is going to be unpredictable for them. And that is good for our national security. This is all about deterrence and readiness.”

But for USAREUR, the arrival of Fort Bliss infantrymen also was something of a culminating event in what has been a five-year effort to rebuild a force that was largely defanged after a long post-Cold War drawdown.

In Europe, the Army has been building up since Russia’s 2014 military intervention in Ukraine set off alarms among allies and sparked a push to reinforce NATO’s eastern flank. The Army has led most of those efforts, with U.S.-based armored brigades now on continuous rotational deployments.

“The last (U.S. Army) tank left Europe in 2013, the next rotational forces were back with tanks about a year later because of the way the security environment changed over here,” Gronski said.

Prepositioned weapons stocks have been set at strategic locations, which troops would pull from in a crisis.

But until now the various troop rotations into Europe were planned long in advance, which means the rapid deployment of Fort Bliss soldiers this month is testing the Army’s ability to do everything faster.

“I think that just shows the realism of this exercise. No matter what they were doing and where they were at, they got this notice,” Gronski said.

The bulk of the soldiers landed in Europe on March 19 and will be in Poland until around mid-April, conducting live-fire exercises with equipment pulled from one of the Army’s prepositioned stocks in the Netherlands.

“It’s almost like we simply picked up where we left off,” said Chalfont, whose soldiers were back on the range days after their arrival — this time at the Drawsko Pomorskie Training Area in Poland rather than Fort Bliss.

But while the exercise marks a step forward for USAREUR, questions remain about the Army’s ability to respond en masse to a major crisis in Europe.

“We are kind of in a crawl, walk, run process here. I see this as a first step. A baby step to be honest,” said U.S. Army War College professor John R. Deni. “The next step is to deploy a much larger force with equipment.”

A deterrence strategy that depends on prepositioned equipment is a concern, Deni said. Prepositioned stocks played a large role for the Army during the Cold War, but that was before the advent of advanced precision guided weapons that could easily eliminate such storage sites.

“We know the Russians have made significant advances,” Deni said. “In the worst case scenario, one of the first things the Russian’s would hit are these prepositioned munition sites.”

Since the Army lacks sufficient missile defense capabilities to defend its garrisons in Europe, let alone its storage warehouses, the service needs to demonstrate the ability to not only move troops across the ocean on short notice, but also up to division’s worth of gear, Deni said.

“Moving a division is what I really think would send a strong deterrent signal,” he said.

Army leaders, however, say they are prepared.

“We are very happy with our level of readiness now to face any adversary,” Gronski said.

Still, as more snap mobilizations are carried out, deployment times could get faster than the week it took to bring in the Fort Bliss unit. Gronski said there will be lessons learned as the Army dissects the deployment.

“I think anything could be improved upon and I think the more we do this throughout the globe the better we will get at it,” Gronski said.

At the unit level, Chalfont said his soldiers have taken the sudden deployment to Poland in stride. For months, the brigade has prioritized its combat readiness, he said, making sure soldiers are qualified on weapons and medically fit to deploy.

“We know we can get the call at any time,” Chalfont said. “I suppose it’s not that much of an adjustment for the mindset of our soldiers.”