Water treatment plant at Kunsan to be expanded 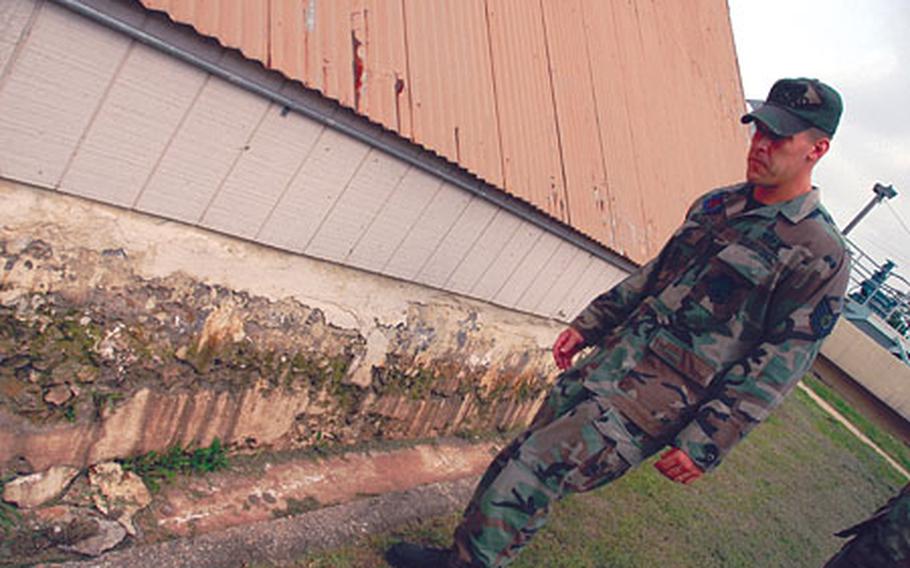 Tech Sgt. Shane Bolles, noncommissioned officer in charge of Kunsan Air Base&#39;s water treatment plant, walks past a deteriorating building at the plant, which officials say dates to the Japanese occupation of Korea. "This is probably a perfect example of a building falling apart," he said. (Ashley Rowland / S&S)

But a $10.5 million expansion of the facility &#8212; originally planned for last year, and scheduled to start next spring &#8212; would mean the U.S. airmen who work there could be reassigned.

During the 18- to 24-month water plant expansion project, the air base will pay $5,000 a day to get its water from the city of Kunsan.

When asked why the project was delayed, Maj. Anthony Barrett, 8th Civil Engineering Squadron commander, said the extent of the project made it difficult to estimate the time needed to design it.

&#8220;Any project of substantial scope and technical complexity will experience delays in design while technical and logistical issues are worked out,&#8221; he said.

Kunsan&#8217;s water meets U.S. Environmental Protection Agency and Air Force regulations, according to a report released in June by the Bioenvironmental Engineering Flight.

Bolles said that although the air base&#8217;s water is safe to drink, it often smells and tastes bad because of algae blooms, even though the water is treated with chemicals and a scuba diver cleans out a strainer when the problem is acute. He said the algae problem will decrease when the new plant is built, and computers will measure and feed chemicals into the water so airmen won&#8217;t have to do it by hand.

Parts of the plant were built before 1945, when Kunsan was a Japanese air base. At one point, maybe 20 years ago, officials considered shutting down the base. And over the years, the buildings have deteriorated because they haven&#8217;t been kept up.