Water shortages, rationing may be in the cards for Okinawa 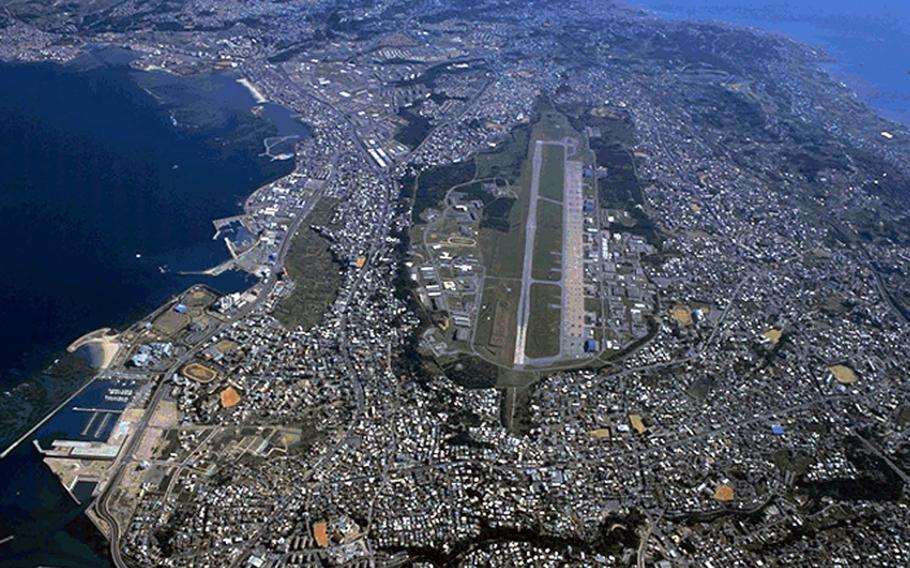 Okinawa received only about 50 percent of expected rainfall in March and April, said Isao Arime, a spokesman for the Okinawa regional headquarters of the Japan Meteorological Agency. (Courtesy of Ginowan City)

CAMP FOSTER, Okinawa — Reservoir levels at their second lowest in a decade could mean water rationing throughout Okinawa — including at military bases — if this year’s rainy season delivers a low yield.

The island received only about 50 percent of expected rainfall in March and April, said Isao Arime, a spokesman for the Okinawa regional headquarters of the Japan Meteorological Agency. That has left Okinawa’s nine nationally owned major reservoirs at 44.7 percent of capacity as of May 2.

Officials declined to say how much precipitation is needed this rainy season to avoid shortages and rationing, saying that any such estimate could affect tourism. However, they did say they were “not optimistic.”

Last year’s March and April offered “heavy rains, which ended up causing the reservoirs to discharge water,” Arime said. “What we hope for this year is a good rainfall in May and June.”

The military on Okinawa would be required to ration water if prefectural officials announced restrictions. Most Marine installations receive potable water from municipal sources, a Marine spokesman wrote in a statement to Stars and Stripes.

However, the burden could be potentially alleviated by the Chatan Desalinization Plant, which was completed in 1997 by the Okinawa Prefectural Enterprise Bureau, and by the Corps’ water purification and reverse osmosis units. The systems are capable of purifying seawater well beyond U.S. standards for bottled water.

“With the proper request/approval, these systems could be staged on camps that are adjacent to the ocean (e.g., Schwab, Kinser, etc) to provide an additional potable water supply,” the statement said.

The Okinawa General Bureau, which manages the reservoirs, said it expects to see an average of 25 inches during rainy season. That would likely be enough to avoid rationing.

However, the JMA’s Okinawa branch is predicting only 17.3 inches, which is roughly the annual average. It remains unclear whether that would overcome the current deficit.

“We are keeping a close eye on the situation while exchanging information with relevant agencies and organizations, including the meteorological agency and the prefectural government,” said a spokesman for the general bureau’s reservoir management office.

The last time rationing occurred was after a drought in 1993. The water supply was restricted for eight hours at night for 31 days, the bureau said.

In 1991, it was restricted during the same time period for 44 days.

Stars and Stripes employees working out of Camp Foster during that period remember two large barrels filled with water in restrooms for flushing toilets and washing hands.

It was common then for Okinawan households to install a water tank on their rooftops to prepare for rationing. The hardest hit were those living in on-base military housing and off-base public apartments without the tanks.

The Marines said their response to a water shortage could include conservation education efforts, a ban on nonessential vehicle washing and similar activities, the closure of all base swimming pools to create a reserve firefighting supply and the deployment of portable water tanks throughout the camps.

“The U.S. Marine Corps maintains various systems and measures in order to inform and provide our personnel and families with the appropriate levels of readiness,” the statement said. “One such measure is the Water System Emergency Contingency Plan, which ensures the provision of potable water despite interruptions from natural disasters or any other water service interruptions.”

Okinawa could experience more problems in coming years, said Aydan Omer, director of the Island Disaster Prevention Research Center at the University of the Ryukyus. Not only does water stored in reservoirs evaporate, but climate change is taking more typhoons away from the island, he said

“I believe that underground reservoirs [are] an option that should be taken into consideration,” he said.

The dates of Okinawa’s rainy season differ from year to year, but it usually starts after Golden Week — a week of Japanese holidays that begin April 29 and ended May 5 — and end in late June, according to the meteorological agency.