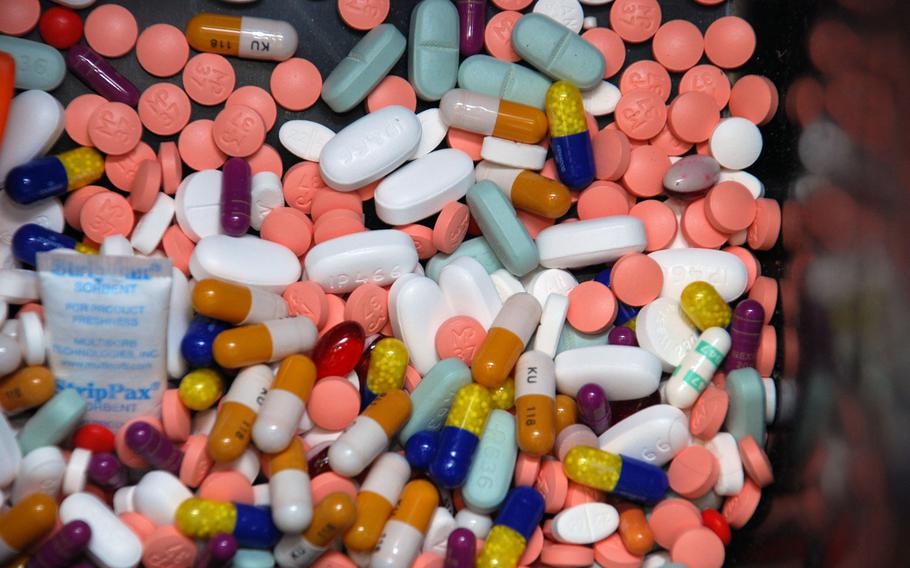 WASHINGTON — A government watchdog reported Tuesday that the Department of Veterans Affairs has slashed its opioid prescription rate, concluding roughly 267,000 fewer veterans receive opioids in 2018 than did five years ago.

The report confirms recent assertions from the VA that amid a nationwide opioid epidemic in which veterans are disproportionately affected, its initiatives are producing positive results.

The Government Accountability Office specifically investigated the VA’s Opioid Safety Initiative, created in 2012 to taper the amount of pain medication the agency was prescribing, identify high-risk veterans, and promote the use of complementary and alternative treatments for chronic pain.

From the end of 2013 to the start of 2018, the VA cut its opioid prescription rate by 41 percent, the GAO found. Now, about 10 percent of VA patients are dispensed opioids.

The VA said Tuesday that the rate has continued to decline since the GAO’s investigation concluded. The agency has cut the opioid prescription rate by 44 percent, amounting to more than 269,000 fewer veterans receiving the drugs, VA Press Secretary Curt Cashour wrote in an email.

“We have been steadily reducing opioid prescribing rates, high-dose opioid use, encouraging safe prescribing practices and encouraging the use of alternatives for pain control,” he said.

According to the national Centers for Disease Control and Prevention, more than 42,000 people died from an opioid overdose in 2016 – five times higher than the number of deaths from opioid overdoses logged in 1999. Veterans, who often experience higher levels of chronic pain, are twice as likely to die from an accidental overdose compared to the rest of the population, according to the VA.

In January, President Donald Trump declared the opioid epidemic a national emergency. In response, former VA Secretary David Shulkin announced at that time the VA would publicly post its opioid prescription rates for each of its hospitals.

In 2015, the Tomah VA Medical Center in Wisconsin, nicknamed “Candyland” by some veterans, came under fire for overprescribing opioids. More so, the VA inspector general faulted the hospital for the accidental overdose of Marine Corps veteran Jason Simcakoski. In 2012, the Tomah hospital had a 12 percent prescription rate for opioids. That decreased to 7 percent this year, according to VA data.

Despite the VA cutting its prescription rates in the past five years, the GAO found some problems with the Opioid Safety Initiative.

In some cases, doctors failed to enter names into drug-monitoring databases used to identify veterans who receive multiple prescriptions that could put them at risk for overdosing. Veterans who were prescribed opioids weren’t always required to have a urine drug screening, which VA facilities use to ensure patients are taking their medication as prescribed. In addition, some veterans didn’t give informed consent – an acknowledgement that VA doctors educated them on the risks and benefits of opioid use.

The GAO attributed the lapses to a lack of staff.

Investigators chose five VA medical facilities to review. Of those five, four lacked a “pain champion,” a health care provider responsible for making certain other doctors adhered to opioid safety strategies. VA policy created in 2015 mandates each facility maintain someone in that role.

The GAO made five recommendations, including that VA leadership at every level document its work on opioid safety and every facility designate a pain champion. If it allows the problems to continue, the VA “will continue to face challenges ensuring that its providers prescribe opioids in a safe and effective manner,” the report states.

In a written response included with the GAO report, VA Chief of Staff Peter O’Rourke wrote the agency would implement the recommendations by April 2019.

“Thank you for the recognition of our innovation and progress,” O’Rourke wrote. “We agree that clarifying ongoing priorities and plans and filling in gaps in implementation will help facilities progress in our continued opioid safety efforts.”