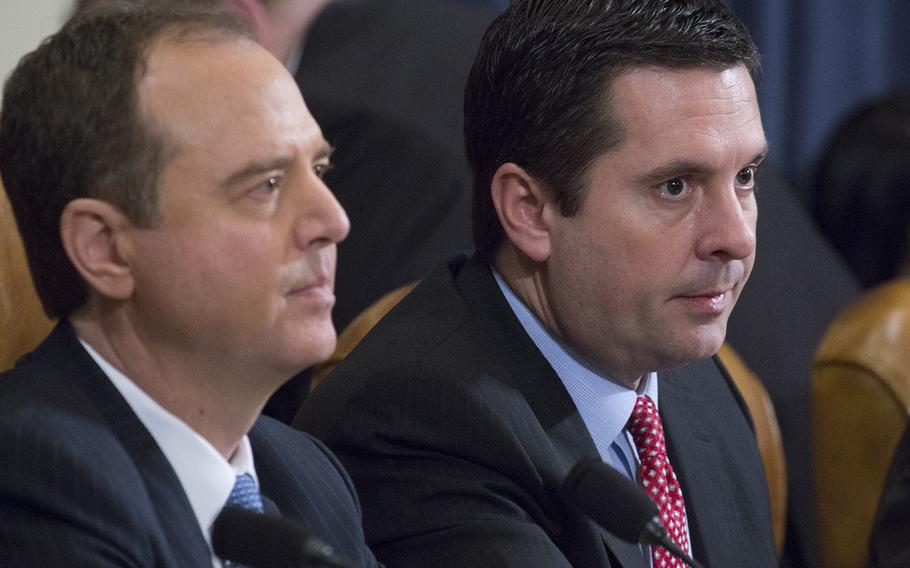 STUTTGART, Germany — The Defense Department and military officials in Europe provided inaccurate information to Congress about cost estimates for the planned relocation of a United Kingdom-based intelligence center, but those errors were not part of a plan to deceive lawmakers, the inspector general said in a report released Wednesday.

The military’s plan to move a new Joint Intelligence Analysis Center from one U.K. base to another has been a source of controversy for more than a year, with the powerful chairman of the House Intelligence Committee arguing that U.S. European Command failed to consider more affordable alternatives.

Rep. Devin Nunes, R-Calif., said that he was misled by the military about the project and its consideration of alternative sites, such Lajes, Portugal.

Nunes’ concerns were at the center of an IG investigation that examined EUCOM’s plan to shift its intelligence gathering mission from RAF Molesworth to RAF Croughton.

“At their core, the allegations were that the DoD provided inaccurate information intentionally to bolster the business case for placing the JIAC at RAF Croughton rather than at Lajes Field,” the IG said in a 151-page report. “Because of the serious nature of these allegations, we expended significant resources to investigate the specific allegations.”

The IG determined that the military did indeed provide faulty information to Congress regarding cost comparisons and various details of the project.

However, those errors did not appear to be an attempt to intentionally mislead Congress and were more likely a result of miscommunication between DOD officials and Nunes, the IG said.

“Moreover, we concluded that any inaccuracies and omissions in the DoD cost comparisons would not have changed the overall conclusions of the cost comparisons,” the IG said.

When correcting for any inaccuracies and omissions, the IG determined that EUCOM’s plan to set up a new center at RAF Croughton was less costly than moving to Lajes.

The Pentagon plan to establish a new Joint Intelligence Analysis Center at RAF Croughton is part of a broader base-consolidation effort calling for the closure of RAF Molesworth and other reductions expected to save about $75 million per year.

Nunes has taken a hard line against the project. In 2016, he proposed legislation to eliminate housing subsidies for hundreds of U.S. intelligence analysts based in Britain, which ultimately wasn’t enacted.

The Defense Department’s IG investigation involved more than 170 interviews of over 110 witnesses, including lawmakers, staff, and military officials. More than 4,300 emails were obtained and reviewed during the course of the inquiry.

“In short, we found that DoD officials did provide some inaccurate information to Congress, particularly with regard to the number of transoceanic cables (SFOCs) serving Lajes Field,” the IG said.

DOD officials did not correct errors in a timely manner, and they used “some deficient or sloppy practices when providing information to Congress and addressing its questions,” the report said.

“However, we concluded that the DoD’s cost comparisons were done in good faith, and reached reasonable conclusions,” the IG said.

Nunes said his committee will continue to look into the issue.

“The Committee thanks both the DOD Inspector General and the Government Accountability Office for highlighting our concerns on this matter,” Nunes said in a statement. “The committee will use their findings to inform our ongoing investigations of this issue.”