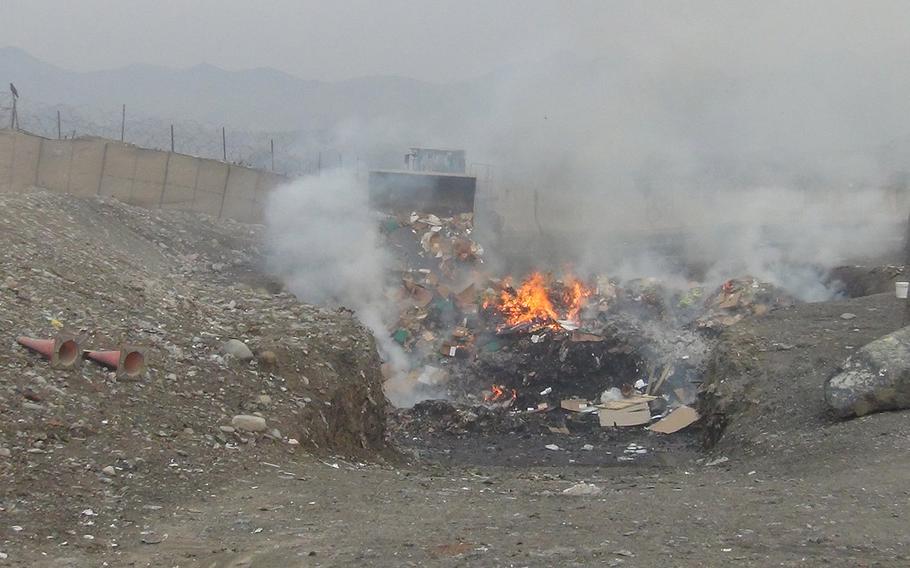 The U.S. military knowingly put troops’ health at risk and wasted tens of millions of dollars on shoddy contracts while operating dangerous open-air burn pits in Afghanistan, according to a report from the government’s top watchdog there.

“Although DOD knew about the risks associated with open-air burn pits long before contingency operations began in Afghanistan, it was not until 2009 that U.S. Central Command developed policies and procedures to guide solid waste management, including requirements for operating, monitoring, and minimizing the use of open-air burn bits,” according to a report from the Special Inspector General for Afghanistan Reconstruction.

It’s still unclear how many troops were sickened by burn pits but their widespread use in Iraq and Afghanistan — sometimes against Central Command’s own directives — means related illnesses could represent the latest health crisis for Iraq and Afghanistan veterans, with echoes of Agent Orange in Vietnam. Many troops who say they were downwind from the smoke from base burn pits have reported a wide range of maladies, including severe respiratory problems.

At the mission’s peak in 2011, when there 110,000 American troops in Afghanistan, the U.S. military was producing 440 tons of waste per day. Despite a 2009 U.S. Central Command rule that bases over a certain size were to find alternatives to burn-pits in order to dispose of waste, many bases continued to use the pits, even burning prohibited items, such as batteries and tires, according to the report.

As late as August 2010, Central Command reported that there were 251 active open-air burn pits in Afghanistan.

“The overall approach to its solid waste disposal in Afghanistan was haphazard and reactive,” the report says.

The report SIGAR report is the culmination of two years of work that took investigators to several bases in Afghanistan to inspect waste-disposal mechanisms. To replace burn pits, many bases turned to incinerators, but installation and use were plagued by missteps and some contractors were paid for inadequate work, according to the report.

At at least four major bases, at a cost of more than $20 million, the military installed incinerators that were never used, according to the report.

In their response to the report, U.S. Forces-Afghanistan officials said they generally concurred with the reports findings, though they took issue with what they saw as an “oversimplification” of the issues surrounding using burn pits and incinerators in a combat environment.

“The safety of our soldiers, sailors, airmen, Marines and civilians is always our top priority,” Murray says in the letter. “Although this report clearly identifies areas for improvement, it does not fully account for the difficult and complex operational environment that led commanders to make some very difficult decisions.”