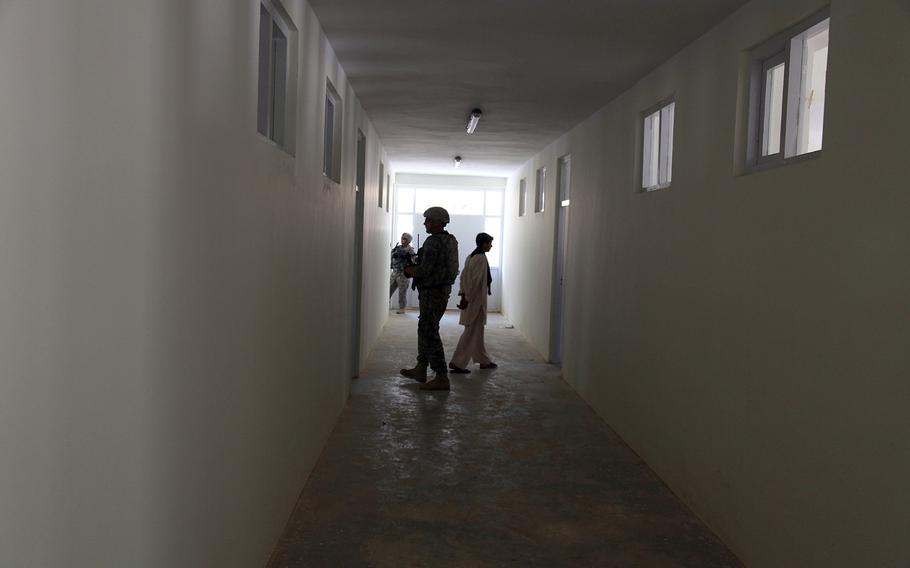 A contractor accused of helping insurgents make improvised explosive devices for use against NATO forces was allowed to work on a facility run by the coalition last year, said a top government watchdog in Afghanistan.

The letter from the Special Inspector General for Afghanistan Reconstruction pointed out that the government’s failure to share information about dangerous companies between agencies and branches could present serious security risks.

“Unless immediate action is taken to correct this matter, this contractor and other supporters of the insurgency could continue to gain access to U.S.- and Coalition-controlled facilities in Afghanistan,” John Sopko, the Inspector General, wrote in a letter to the Defense Secretary Chuck Hagel. The letter was officially released on Wednesday but was first reported on by The New York Times.

Notes from the report dc.embed.loadNote('http://www.documentcloud.org/documents/834065/annotations/131405.js'); The contractor, Zurmat Materials Testing Co., was blacklisted by the U.S. Department of Commerce in April 2012 because of evidence its parent company, the Zurmat Group, had ties to networks that supply IED parts to insurgents, the letter said. Then, in September 2012, the head of the U.S. military’s Central Command put the Zurmat Group on a “Section 841” list in the National Defense Authorization Act that should theoretically prevent the company from receiving any Defense Department money in the Middle East and Central Asia.

Yet when SIGAR inspected the Parwan Justice Center in May 2013, it discovered that Zurmat Materials Testing Co. had been subcontracted by the CLC Construction Co. to perform safety tests on the project. This gave Zurmat employees access to the facility for two days in November.

The Army’s Procurement Fraud Branch has repeatedly decided not to put Zurmat or any of the other companies named in Section 841 on a “debarment list” that military contracting offices must reference before doing business with a company, the letter said.

“The Army office responsible for suspension and debarment rejected SIGAR’s requests (to debar Zurmat) because it is concerned that suspending or debarring these individuals and companies would violate their due process rights under the U.S. Constitution,” Sopko wrote. “Based on the evidence available in these cases, the Army’s position is legally dubious, contrary to good public policy and contrary to our security goals in Afghanistan.”

The prime contractor thus seemed to have no idea that Zurmat was on either the Entity List or the Section 841 list, the letter said.

A representative of the Zurmat Group said the accusations against the company are old and unproven.

“This is not a new thing,” the official said, speaking on condition of anonymity because of the sensitivity of his position. “Even in 2008, the media reported these things, but we always asked them to prove it.”