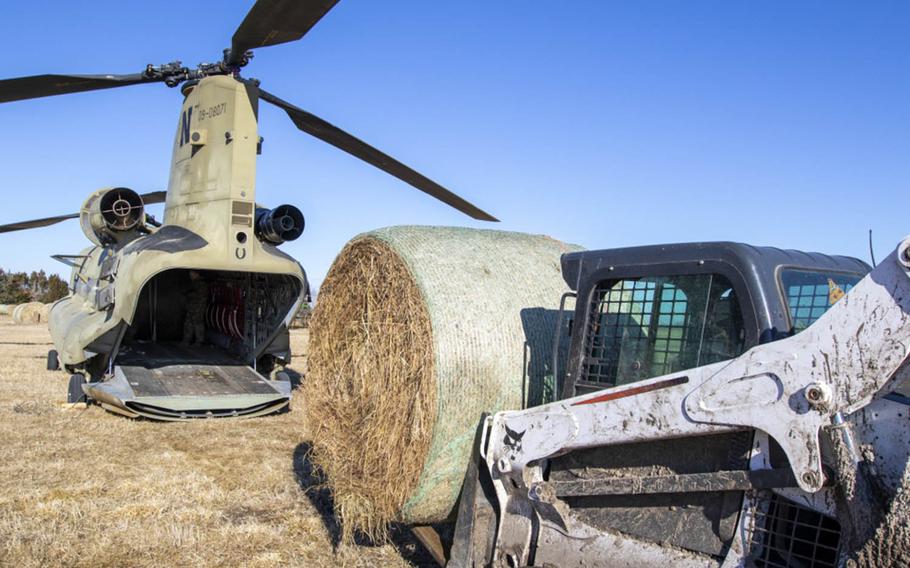 Members of the Nebraska Army National Guard airdropped bales of hay from a CH-47 Chinook for stranded cattle after the widespread flooding this week, when rain and historic levels of melting snow poured into regional rivers.

Operation Prairie Hay Drop brought food to hungry bovines on Wednesday in the eastern part of Nebraska, according to a statement from the state's National Guard, which tweeted that the operation helped a fifth-generation farm family. Aerial photos and video showed cattle trapped on farmland surrounded by water.

It was the first time the state’s Guard had done an aerial hay drop since a 1949 blizzard, the Omaha World-Herald reported.