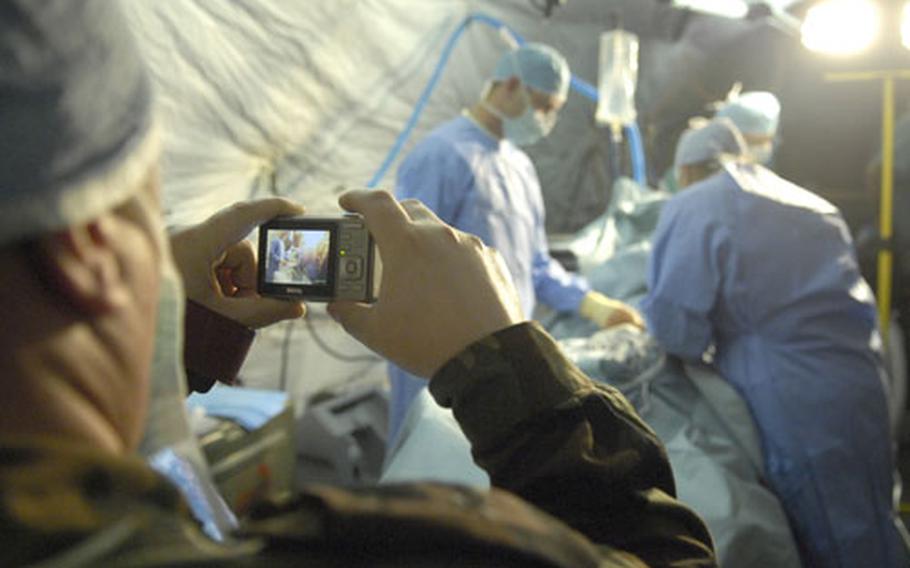 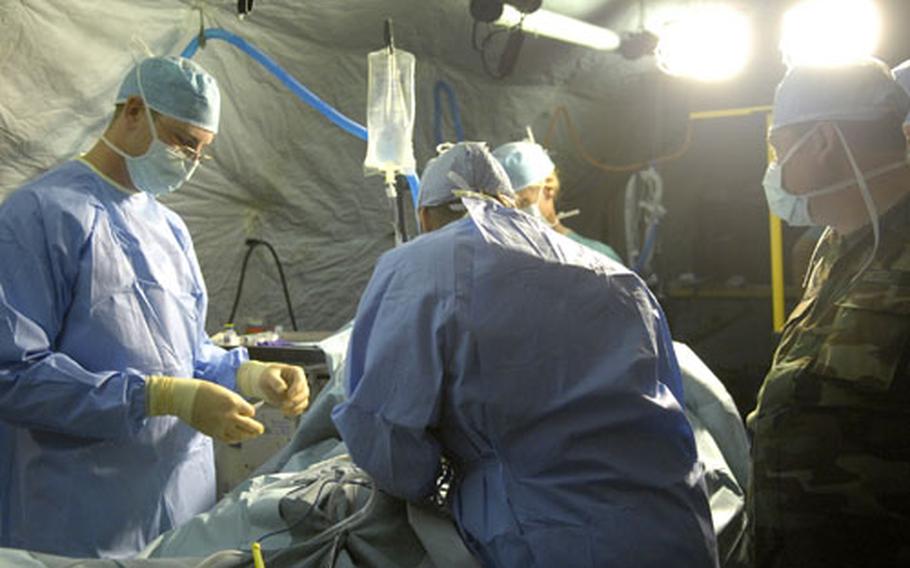 LANDSTUHL, Germany &#8212; In addition to several patients, the 67th Forward Surgical Team (Airborne) has made room for a few guests during a three-day exercise that began Monday.

Troops from Moldova and the Netherlands are observing the 20-soldier detachment&#8217;s training exercise being conducted in field tents outside at Landstuhl Regional Medical Center.

&#8220;We originally started this as purely an exercise for our training purposes, and it just so happens that the Moldovans and the Dutch are both trying to come up with a similar concept to what we already have,&#8221; said Lt. Col. Laura Favand, the FST commander.

&#8220;Most of our colleagues which came here to Germany know very well the structure of such kind of a team and the military medical doctrine of your country because we trained in your country,&#8221; said Targon through a translator.

The forward surgical team is different from a combat support hospital. The team&#8217;s focus is on emergency surgery. And with recently regaining airborne status, the 67th FST can parachute in if needed.

On Tuesday morning, Army Sgt. Terry Trosclair was getting ready to go under the knife for a minor procedure. Trosclair did not have any hang-ups about undergoing surgery in a field tent.