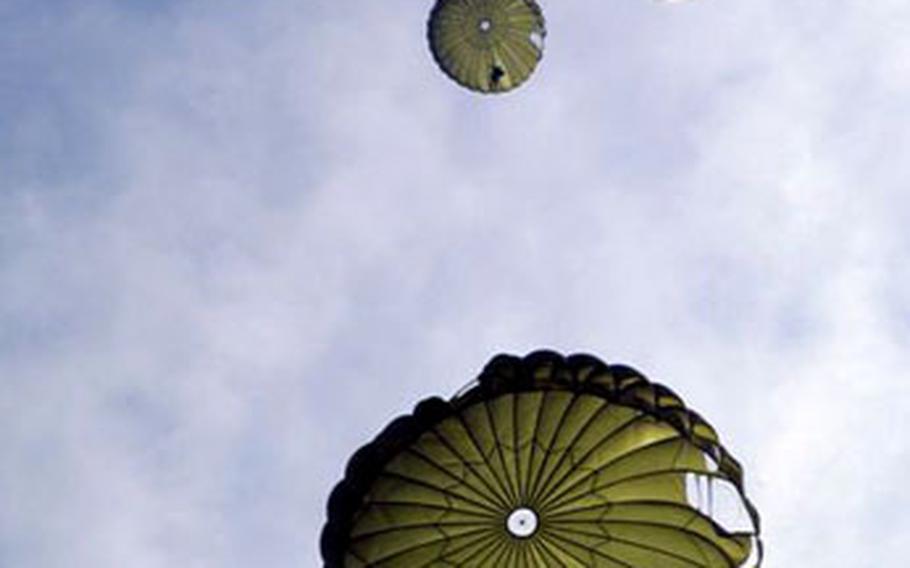 SEOUL &#8212; Special Forces soldiers from Washington state recently spent a week in South Korea to re-familiarize themselves with the South Korean mission, according to an 8th Army news release.

One of the visit&#8217;s goals was to help the group maintain its longstanding relationship with the South Korean Special Warfare Command, the news release stated.

On Feb. 8, members attended a briefing at the Combined Unconventional Warfare Task bunker. After being briefed by the South Koreans, 2nd Battalion members gave a briefing on lessons learned in Afghanistan.

U.S. and South Korean forces concluded the week with a joint airborne jump.

&#8220;Since we&#8217;re often busy with other deployments and missions, we wanted to take an opportunity to make sure we&#8217;re closely connected with the wartime operations plan,&#8221; Maj. Ian Rice, 2nd Battalion, 1st Special Forces group said in the news release. &#8220;It&#8217;s very important that we continue to train in Korea and keep a strong connection with our ROK Special Forces counterparts. Every time we get the chance, we enjoy working with them, continuing to build the bonds that were made in the past.&#8221;