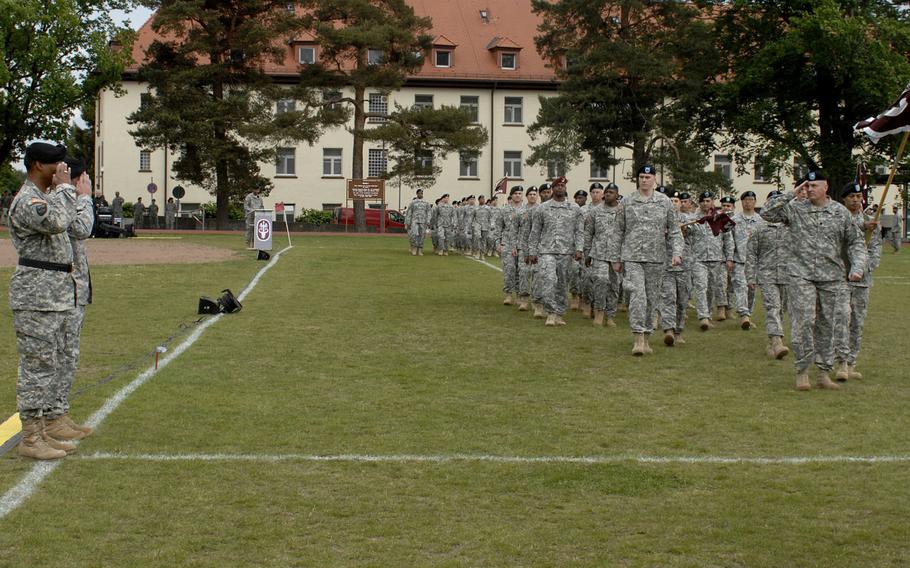 KAISERSLAUTERN, Germany — The Army will close down a number of satellite “warrior transition” units in Europe as the number of servicemembers needing assistance from them has fallen off with the winding down of the Iraq and Afghanistan wars.

By June 2016, the Warrior Transition Battalion-Europe will consolidate in Kaiserslautern, where the unit is currently headquartered, Europe Regional Medical Command said in a news release.

Since the end of the combat missions in Afghanistan and Iraq, the Army has moved to shut down a large number of its warrior transition units, which help soldiers make the transition from the Army or back to active duty after suffering an illness or injury. Many WTUs, especially at smaller bases, have seen the number of troops coming through fall off sharply.

In the last year, the number of soldiers assigned to Europe’s WTB, which includes all of the satellite locations and headquarters, has fallen from more than 200 to about 100, according to ERMC, which oversees the WTB. The unit’s population is expected to drop to about 50 by the end of the summer.

The consolidation will close the WTB-E’s operations in Vilseck, Baumholder, Stuttgart, Katterback and Wiesbaden, Germany, and in Vicenza, Italy.

Consolidating in Kaiserslautern, a community that includes Landstuhl Regional Medical Center, the largest U.S. military hospital outside the U.S., was an “obvious choice,” according to ERMC.

“This will give our warriors in transition consistent access to more diverse options of care and services,” Lt. Col. Lawrence Burns, WTB-E’s commander, said in the release. “We are here to empower soldiers and their families to succeed during and after their transition, and this will help us to do just that.”