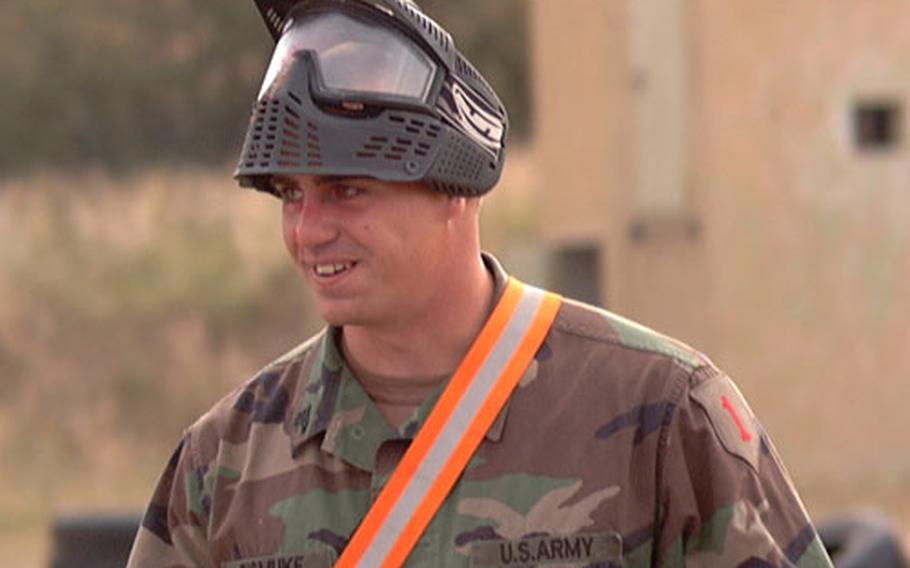 BAMBERG, Germany &#8212; For a little more than $20 each, up to 10 members of military units or office staffs or even groups of friends can square off at Warner Barracks to shoot each other &#8212; with paint balls.

Currently, the course has been reserved mostly by military units who hit it on Thursday mornings as an unusual form of sergeant&#8217;s time training.

It is not, however, a break from training.

They do sting, however, said Michelle McGaughey, who provides the safety briefings at the course.

McGaughey&#8217;s safety briefing covers issues such as: the range of where the participants can fire, how to load and prepare the weapon for firing, clearing the weapon when leaving the field and basic site safety rules.

Staff members stay on site throughout the use of the course to ensure safety measures are met, Cline said.

Each team gets 250 green or orange paint balls. The price also includes a safety mask, the weapon and two gas tanks for the weapon, Cline said.

Although the course is in an open field, man-made obstacles &#8212; such as tires, piles of hay and small shacks &#8212; provide cover for shooters.