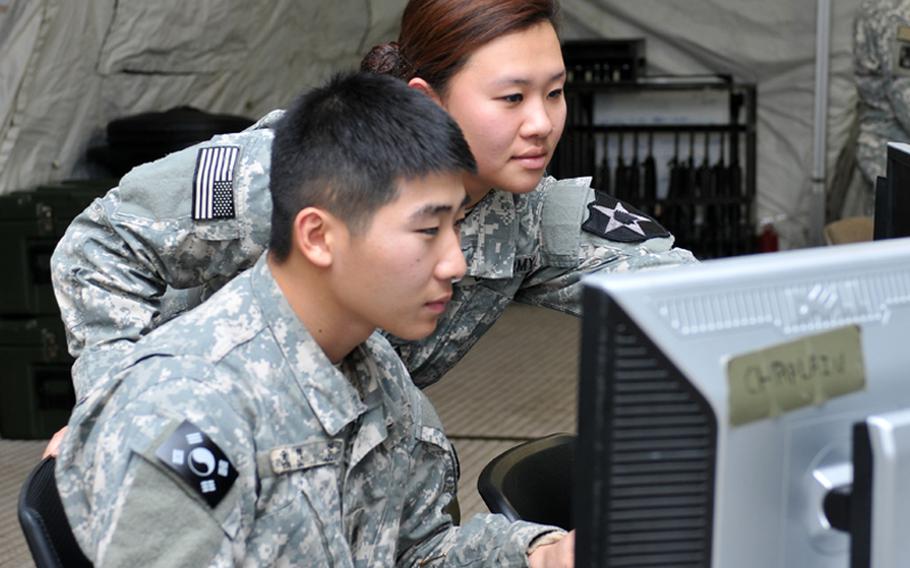 The annual Warpath III exercise, held Dec. 7-15, is “defensive in nature and not connected to any real world events,” a 2nd Infantry Division statement said.

Division commander Maj. Gen. Thomas Vandal said tensions earlier this year with North Korea, including its third nuclear test and a period of heightened rhetoric in the spring, have not impacted the exercise, “although obviously we’re going through a scenario that replicates our combat mission, and it allows us to learn more about how we would execute it.”

He said this year’s exercise focuses on the interoperability of U.S. and South Korean forces.

“The last thing we want to do is learn that on the fly in combat,” he said. “That’s why we do these combined exercises.”

Warpath is a culminating training event for the division that follows a series of monthly activities that began in the summer.

Soldiers from across the peninsula, as well as Alaska, Washington, Texas and Georgia, are taking part in this week’s exercise, in addition to 223 South Korean troops, Vandal said.

“It allowed us to build the team, both ROK and US, and those units that would be coming here to support our mission,” said Vandal, noting that 60 percent of division staff has arrived in South Korea since the last Warpath, as well as new U.S. Forces Korea commander Gen. Curtis Scaparrotti.

“It also allowed us to not only focus on the mission command, but also the staff functions that the mission has to execute,” he said. “It really affords us a chance to hone our skills and get that much better.”

Last year’s Warpath focused on training and testing the 1st Armored Brigade Combat Team, while the 2011 exercise targeted how the U.S. and South Korean militaries would react in the event of a North Korean chemical or biological attack.

“There is no other place on the globe where the potential for large-scale, full-spectrum conflict exists on a daily basis like it does on the Korean peninsula,” a 2ID spokesman said during last year’s exercise.