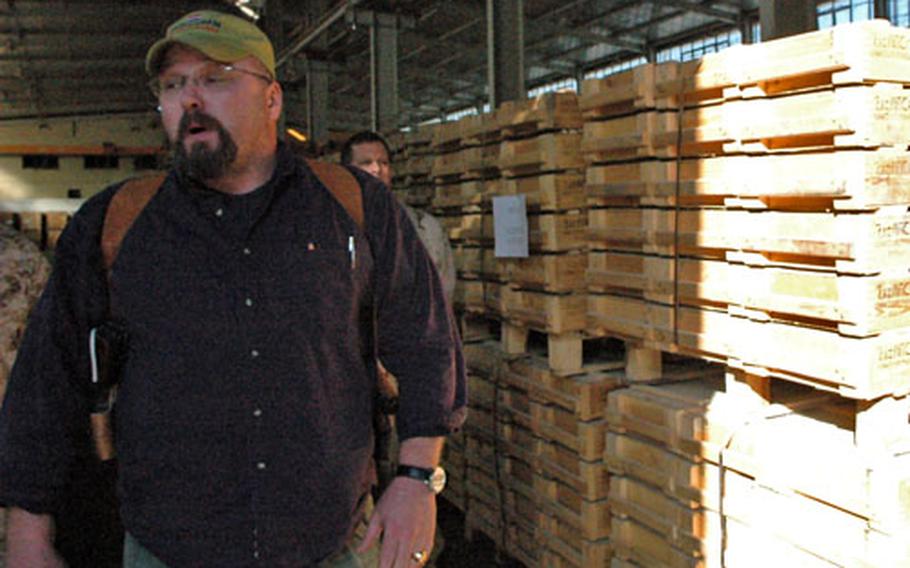 Site manager Brad Chase says the warehouse stores about 10 million rounds of ammunition, much of it designated for Iraqi police and army forces. (Anita Powell / S&S)

Site manager Brad Chase says the warehouse stores about 10 million rounds of ammunition, much of it designated for Iraqi police and army forces. (Anita Powell / S&S) 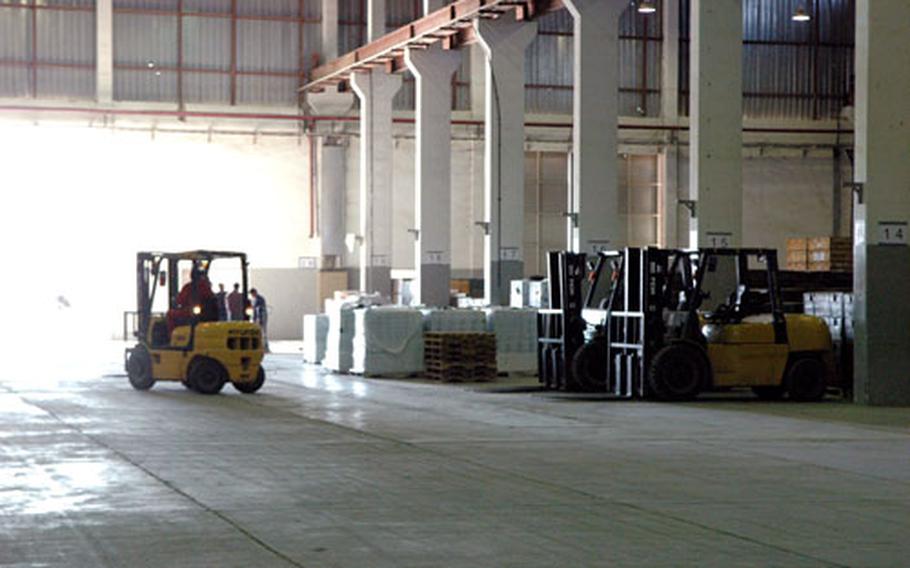 The main warehouse floor is a constant flurry of activity, with jumpsuited workers moving pallets or cleaning. (Anita Powell / S&S)

ABU GHRAIB, Iraq &#8212; In this corner of Baghdad, one can find many of the tools needed to rebuild Iraq.

In the last year, said logistics director Jack Holly, about $3.2 billion worth of equipment has been purchased, most of it designated for the Iraqi army and police forces. Much of that equipment has passed through the warehouse.

&#8220;Every (Iraqi) soldier, from the socks on his feet to the uniform he wears to the weapon he carries to the vehicle he travels in to the fuel that goes in that vehicle, it goes through there,&#8221; he said.

Between 50 and 60 trucks chug in and out of the campus daily, carrying supplies far and wide. Nine hundred truckloads of cargo are shipped in monthly and individually counted, stacked and labeled before being stored in one of 27 warehouses. Employees are constantly cleaning, making improvements to increase capacity and to improve security to the campus, which is owned by the Iraqi government. The operation costs about $1.5 million a month, said site manager Brad Chase.

The place is staffed mostly by Iraqis &#8212; Iraqi workers report to Iraqi section leaders and managers, who report to the mostly American contractors.

In recent weeks, two employees were murdered on the road outside the gate. The next day, nearly 40 workers and 20 supervisors quit, Chase said.

For most of the warehouse&#8217;s roughly 300 workers, however, those dangers are worth the steady pay and the sense of pride Chase says he sees in many of his workers.

The warehouse&#8217;s receiving manager, retired Army Master Sgt. David Palmer, said success is what brought him back to Iraq for a second year, just three months after he returned from an active-duty tour.

Palmer said he&#8217;s witnessed another positive indicator: a shift in government demand from guns to butter.

In the future, however, hangs a big question: Will the Iraqi government fairly manage and maintain the facility after the Americans leave?