Ward takes over as EUCOM’s second-in-command 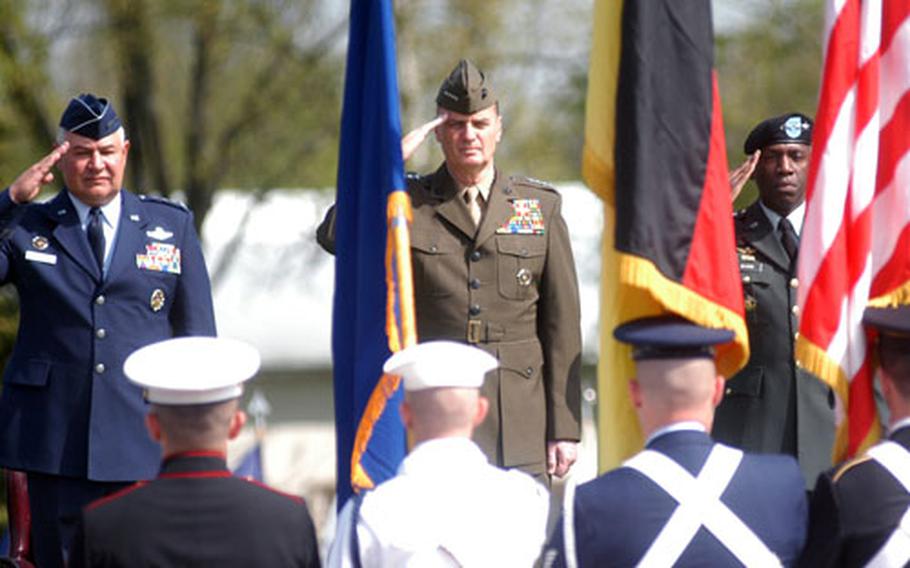 Ward will lead the day-to-day operations at EUCOM, which coordinates U.S. military activity in the command&#8217;s 91-nation area of responsibility, including Europe, Russia, Israel and most of Africa.

Wald, Jones and Ward were the only ones to take the stage during the ceremony, with Wald in Air Force blue dress-uniform, Jones in Marine olive and Ward in Army forest green.

Jones praised Wald for his work toward EUCOM&#8217;s goals, which include neutralizing threats posed by radicals, supporting young and emerging democracies, and securing of energy sources and safeguarding their access to free markets.

Wald joked that he didn&#8217;t know much about the command&#8217;s mission when he arrived from the Pentagon in December 2002, where he was the Air Force headquarters deputy chief of staff for air and space operations.

But Wald said he quickly learned that the command&#8217;s vision looked beyond the borders of Europe to the east and south.

Ward, who gave a few brief comments near the end of the ceremony, became the 22nd deputy commander of EUCOM since its founding in 1952, and the first from the Army since Gen. Earle G. Wheeler in 1962. Thirteen of the 15 previous deputy commanders had come from the Air Force.