War may be ending, but fight isn’t over for soldiers in remote Afghanistan 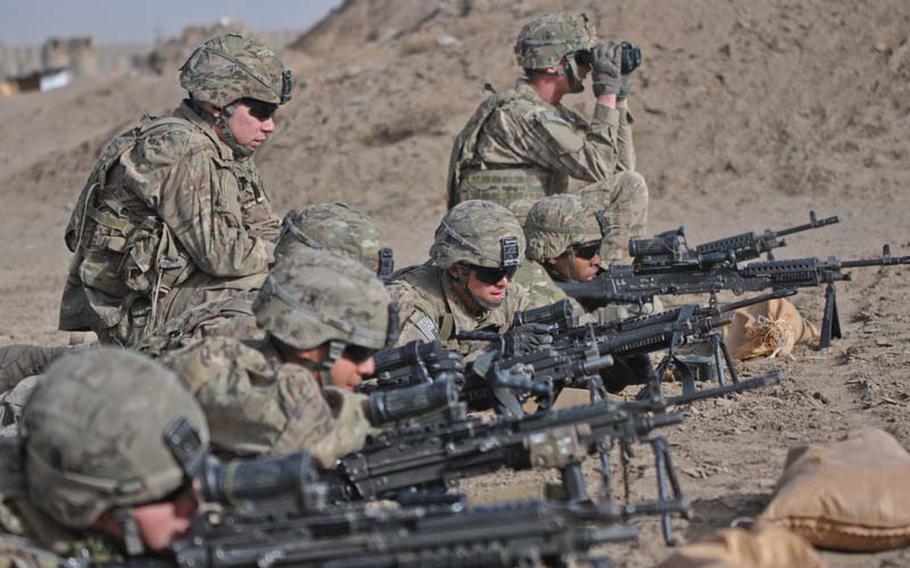 Soldiers at Combat Outpost Rahman Khel in eastern Afghanistan, near the Pakistan border, are scheduled to leave the post before the end of the year. Until then, according to the New York Times, their commander, Lt. Col. Shawn Daniel, is reminding them they have a difficult job to do.

&ldquo;Afghanistan will have the best chance possible to stand on its own feet,&rdquo; he said. &ldquo;Until then we have to look after ourselves.&rdquo;

The soldiers from one company of the 4th Brigade Combat Team of the 25th Infantry Division, based in Alaska, battle a tough day-to-day reality averting death and injury from insurgent attacks.

Their job is to patrol a space of land stretching almost as far as the eye can see and to disrupt Taliban supply lines, search for caches of explosives, clear the roads of land mines.

In the east is a mountain range the soldiers call the Whale and it is where coalition forces carried out Operation Anaconda in 2002 to rout Al Qaeda and Taliban fighters from remote valleys. But even now insurgents are still coming down out of the mountains from Pakistan and the Shah-i-Kot Valley. They use the plain around Rahman Khel as a transit route to head farther west.

&ldquo;It&rsquo;s a breeding ground,&rdquo; said Sgt. Christopher Keeney, from Washington State. &ldquo;At night we see flares and lots of light signals from the villages. It ends up here in the mountains.&rdquo;

Colonel Daniel tells them they will be replaced at this outpost after they leave. But after that, who knows? He says the next year or so will be about closing posts like Rahman Khel, figuring out where the Afghans are strong enough to take control on their own and where they still need help.