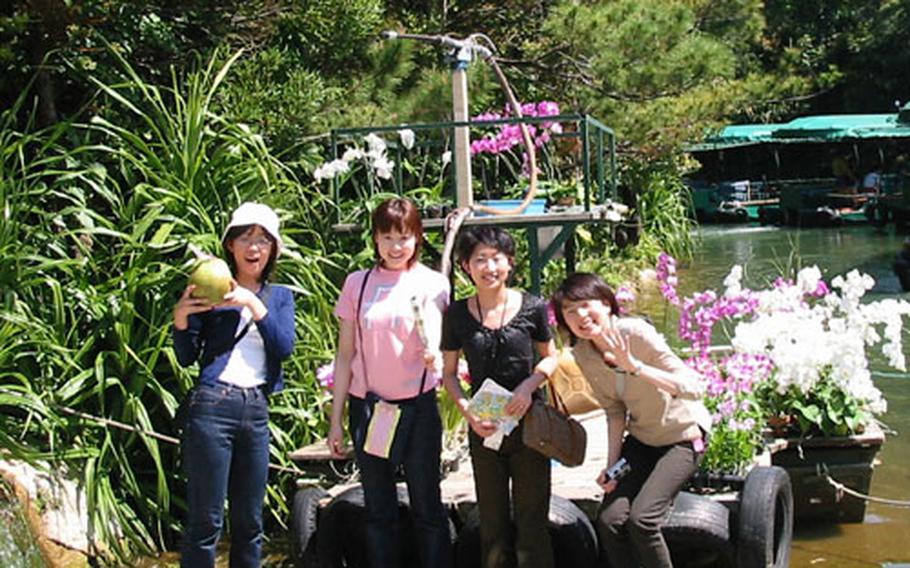 Bios on the Hill, an orchid park in central Okinawa was hurt by the tourist slump following the 9-11 terror attacks. Okinawa officials fear the outbreak of war in Iraq will again hit the island&#39;s tourist industry hard. (David Allen / S&S)

Okinawa officials are afraid the U.S.-led campaign in Iraq is going to hurt its tourism industry.

Just as Okinawa was climbing out of a tourist slump caused by the Sept. 11, 2001, terrorist attacks, there is concern here that mainland travelers will shun the island again because of U.S. bases here.

By Thursday, eight mainland schools with 1,372 pupils canceled their spring trips to Okinawa, according to the Okinawa Prefectural Tourism and Resort Bureau. Twelve package tours for 1,330 other tourists were scratched, said Tetsu Higa, deputy counselor of the bureau&#8217;s Tourism Planning Section.

About 330,000 pupils were expected to visit Okinawa this year, said Jinshun Uchima, assistant director at the Okinawa Tourism and Convention Bureau, another government agency that works jointly with the Tourism and Resort Bureau.

Okinawa officials, who estimate that the prefecture lost $223 million in tourism revenue during the first six months after the Sept. 11 attacks, celebrated a record-setting 2002 in which nearly 5 million people visited the island. Many tourists were enticed by a special $3.4 million ad campaign, primarily funded by the national government, to counter fears that Okinawa was a terror target.

The Okinawa Prefectural Government recently formed a Tourism Crisis Management Team to cope with the latest slump. Hotel reservations have dipped by 20 percent, primarily from the cancellation of school trips to the island.

&#8220;We are thinking of posting real-time visual information on Okinawa on our Web site,&#8221; said Higa. &#8220;We understand that security checks have been increased at the Tokyo Disneyland or Universal Studio, but here on Okinawa, nothing has been changed at the Shuri Castle or the new aquarium, our most popular tourist attractions.

In October 2001, school-sponsored tours to Okinawa involving more than 200,000 pupils from the Japanese main islands were canceled; 20 percent of the island is covered by U.S. bases.

&#8220;We learned a lesson from groundless rumors last time,&#8221; Higa said. &#8220;Overly emphasized media reports on U.S. military bases and increased security, which did not represent the reality of Okinawa, really hurt the tourism industry.&#8221;

&#8220;Many of the tourists who visited Okinawa after the attacks told us that there was a big difference between what they had heard about Okinawa and what they actually saw,&#8221; he said.