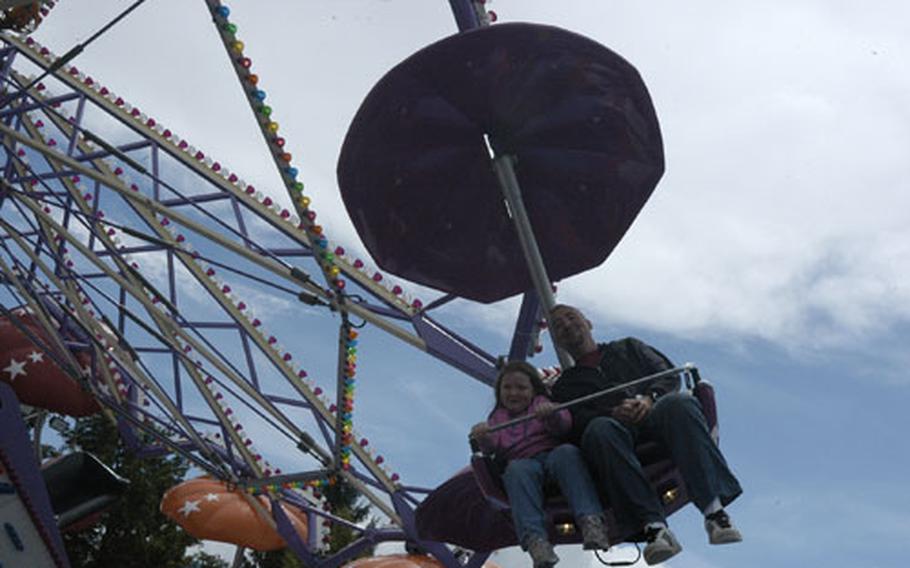 A fast moving twister was among the Fourth of July amusement rides on hand in Baumholder. (John Vandiver / S&S)

A fast moving twister was among the Fourth of July amusement rides on hand in Baumholder. (John Vandiver / S&S) 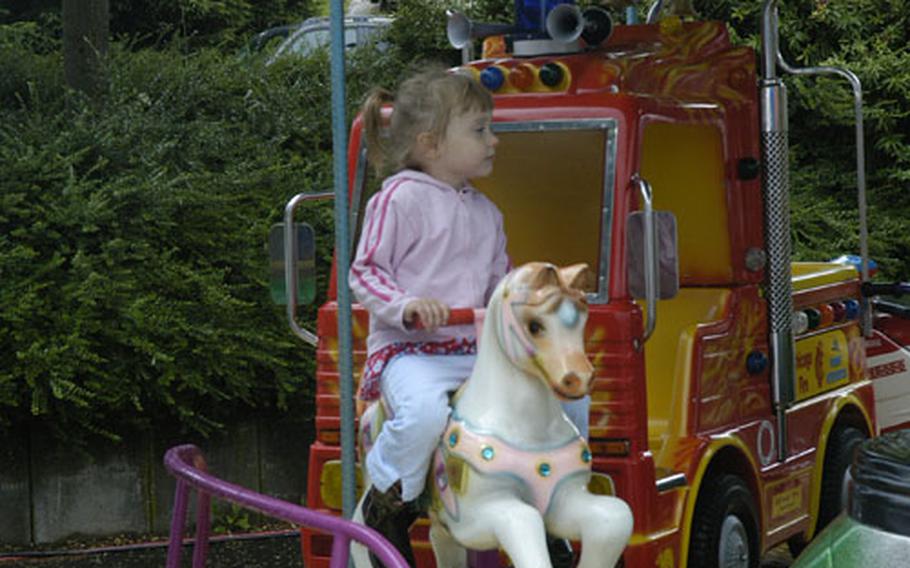 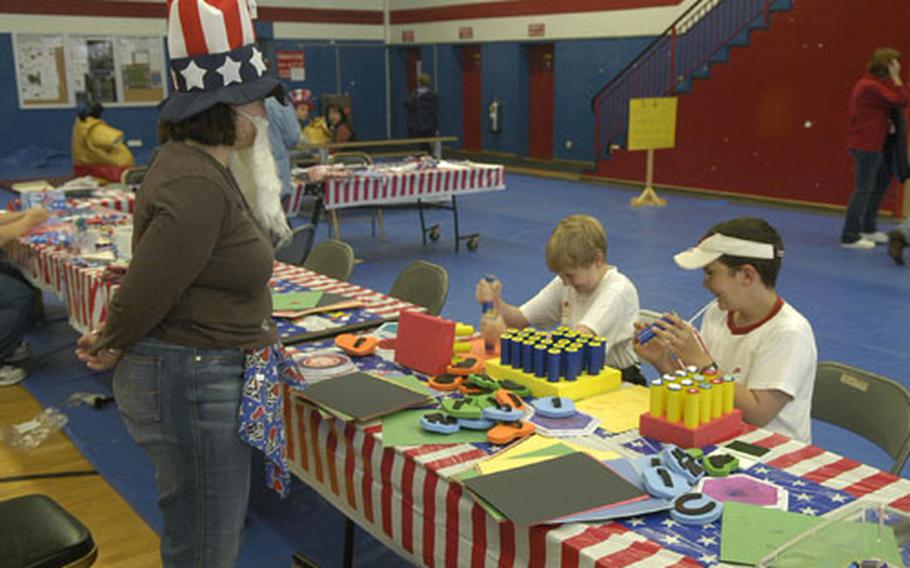 Inside, away from the rain, children painted pictures and learned about various arts and crafts during Independence Day festivities in Baumholder. (John Vandiver / S&S)

BAUMHOLDER, Germany &#8212; For Sgt. Jamal Davis, the Fourth of July used to be just about the barbecue and hanging out with family and friends.

It&#8217;s often said you can experience all four seasons in a single day in Baumholder. And that was pretty much the situation as determined military families celebrated Independence Day under an ever-changing sky of sunshine and rain showers.

Nicole Harmon and daughter, Danika, 4, whisked from one ride to another, cramming in the fun between the sporadic showers. It was the Harmon family&#8217;s third Fourth of July in Baumholder.

The Hall of Champions parking lot was transformed into a mini-fairground. Revelers traded in tickets for rides aboard carousels, kiddie trains and twisters. The scent of burgers, ribs and brats and the sounds of live music filled the air while children amused themselves with arts and crafts, relays and games. Fireworks were scheduled to go off at 10:30 p.m.