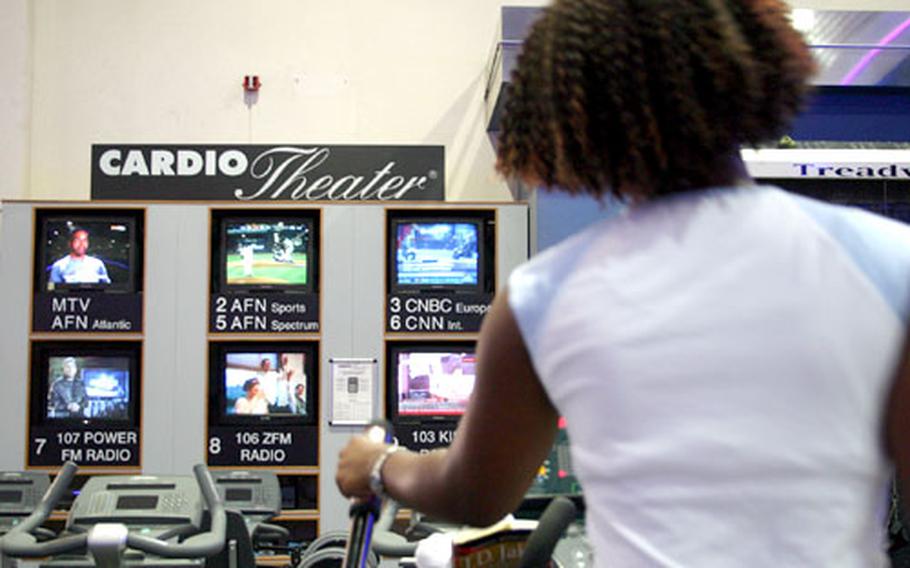 KAISERSLAUTERN, Germany &#8212; The high cost of the war on terrorism and the military&#8217;s planned troop cuts in Europe have stalled an initiative to provide free satellite decoders to eligible Americans.

The Pentagon wants the services to provide American Forces Network decoders and dishes for free overseas much like bases loan washers and dryers to off-base residents.

But due to the cost of the war in Iraq and on terrorism, along with the military&#8217;s plan to withdraw thousands of servicemembers from overseas bases, the services don&#8217;t have the money to loan decoders to everyone across Europe.

The Army has a plan to buy 14,000-15,000 decoders and dishes for bases that the military will keep, but the service has not found the money to pay for it, said Mark Ray, an Army spokesman for U.S. Army Europe. The Army estimates that it will cost $7 million to purchase decoders and dishes and install them at homes.

There are some exceptions: The Air Force and Army have purchased decoders for off-base residents in Italy &#8212; where all military bases will lose over-the-air AFN TV at the end of this year. But the Navy has not because of the lack of money.

Lt. Cmdr. Lisa Braun, spokeswoman for Navy Region Europe in Italy, said the Navy is still looking into providing the decoders for sailors and their families, but a decision has not been made.

And the Air Force purchased hundreds of decoders for airmen stationed in Stavanger, Norway, in fiscal 2004. Meanwhile, at Aviano Air Base in Italy, the Air Force has loaned out 2,586 decoders to off-base residents as part of a new program through the Furnishing Management Office, said Andy Canton, the office&#8217;s supervisor.

The Air Force does not have a plan to purchase decoders for airmen in other parts of the region, but is looking into the issue, said Maj. Angela Billings, a spokeswoman for U.S. Air Forces in Europe headquarters at Ramstein Air Base.

There are 70,000 decoders distributed to commands and homes worldwide with 30,000 in Europe alone, said Andy Friedrich, deputy director for the American Forces Radio and Television Service headquarters in Washington. AFN estimates it has 900,000 viewers, including sailors and Marines deployed aboard ships, across the globe.After the Sept. 11, 2001, terrorist attacks against the United

States, the Defense Department and European Command began looking for ways to provide the decoders to off-base military personnel and civilian employees. Military commanders look at AFN as both a way to get their message out to off-base troops and civilians while also providing a quality-of-life benefit through American TV shows, news and sports. If there were a terrorist attack, commanders could also use the TV programming to broadcast information on gate closures and security changes, for example.

The European Command sought a plan in 2002 that would put decoders in the hands of every eligible American living off base. At the time, officials estimated that it would cost $42 million.

European Command, however, never received the funding because it was determined that the services should foot the bill.

&#8220;It would be great,&#8221; said Capt. Jeff Clark, a spokesman for AFN-Europe in Mannheim, referring to the possibility of providing free decoders to everyone. &#8220;It would be good for us, too, because more people might get it because some people choose not to even get AFN because of [the price].&#8221;