Want to spend more time with a drill sergeant? The Army has future recruits covered 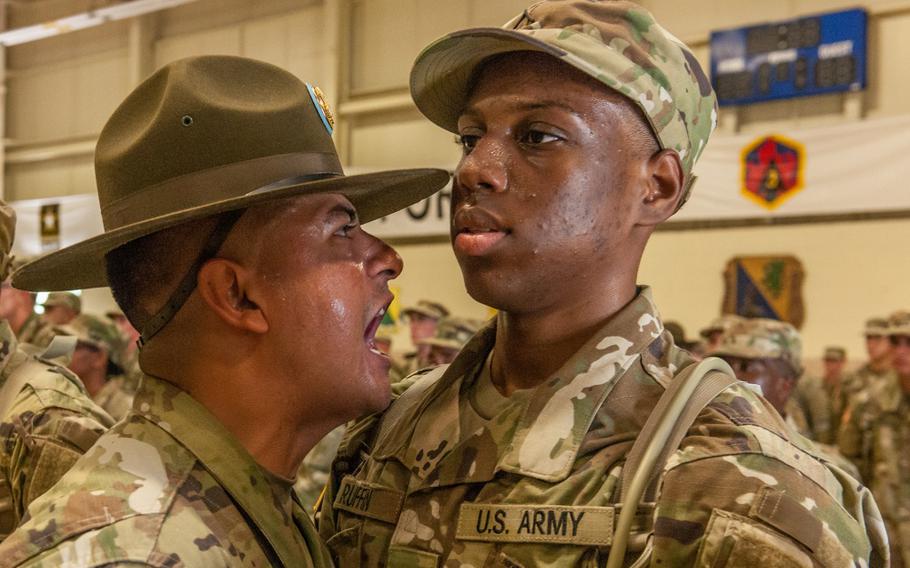 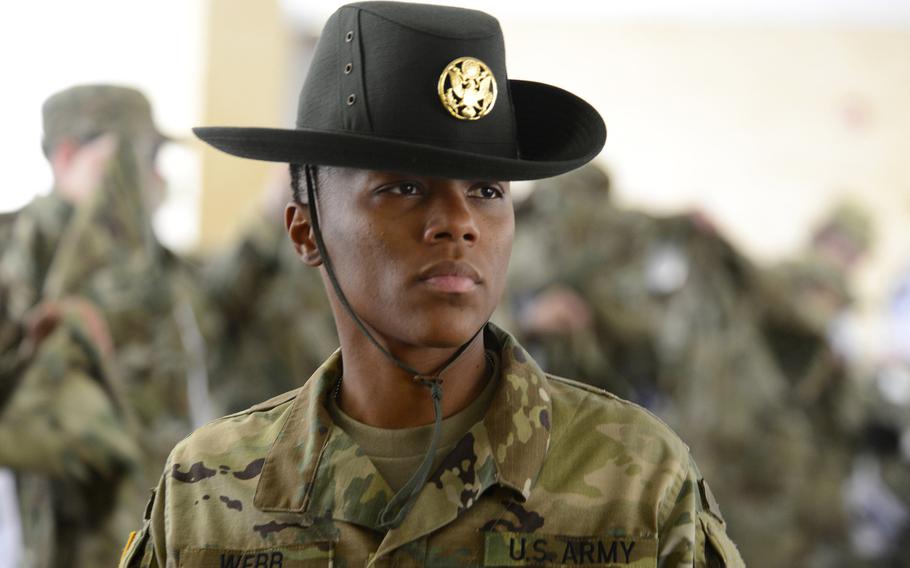 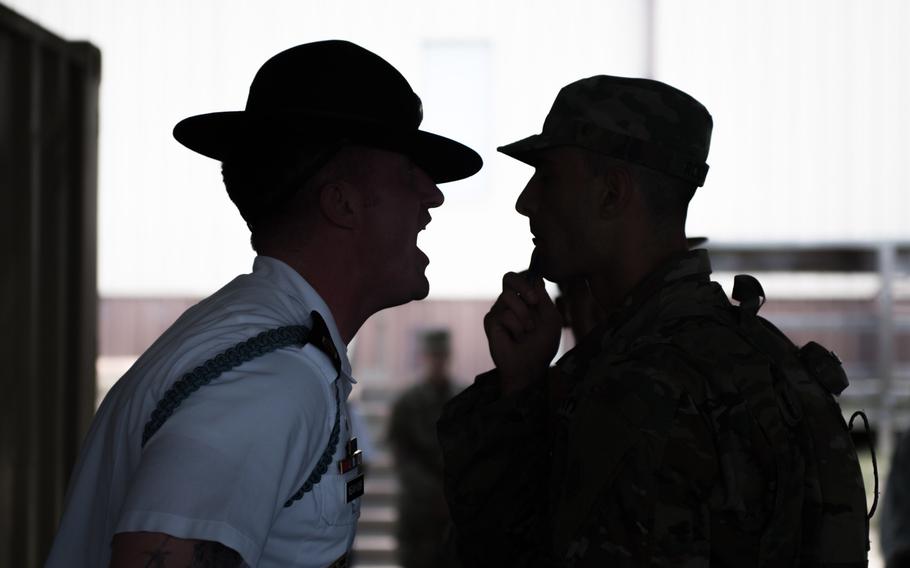 A U.S. Army drill sergeant participates in the "Shark Attack" or fear stage of the discipline process, as trainees arrive to the first day of Basic Combat Training on June 12, 2017, at Fort Jackson, S.C. (Darius Davis/U.S. Army) 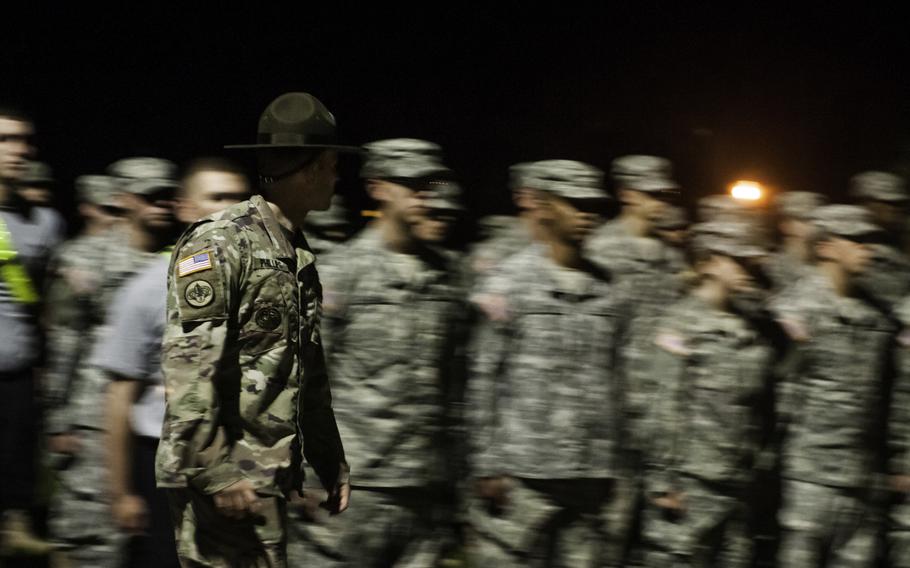 Future Army recruits will remain under the thumb of drill sergeants for longer than their recent predecessors.

For the past decade, recruits have breathed a sigh of relief after leaving their drill sergeants behind when moving on from basic training to advanced individual training.

“The Army always looks at itself every couple of years to try and find out the best way to make sure that we’re providing the best soldier to their first unit of assignment as well as to the force,” said Command Sgt. Maj. Edward Mitchell of the Center for Initial Military Training, Fort Eustis, Va.

The change makes all Army initial training more like One Station Unit Training for armor and infantry recruits at Fort Benning, Ga., who remain with their drill sergeants for the duration of basic training and AIT.

Mitchell said he expects the return of the drill sergeant’s distinctive headgear will help instill a sense of pride and discipline among troops at AIT.

“When soldiers see an individual walking around wearing the bush cap or the round brown it normally sends a sense of pride, and they see an individual who’s going to enforce discipline and standards,” he told Stars and Stripes. “When you see them from a distance you know what they’re about.”

“Every last one of the AIT platoon sergeants coming through this course already knows how to handle the trainees,” Mitchell said. “We just want to make sure that we give them the tools they didn’t have.”

The Army’s Center for Initial Military Training, Human Resources Command and Training and Doctrine Command worked together to ensure the transition of existing AIT platoon sergeants to drill sergeants is complete by July, Mitchell said.

The Drill Sergeant Academy at Fort Jackson, S.C., will hold one transition course a month.

“We made sure that the 576 AIT platoon sergeants that we needed to convert were slotted in classes so we could finish this summer,” Mitchell said.