Wall writings only records of victims of Iraqi 'death house' 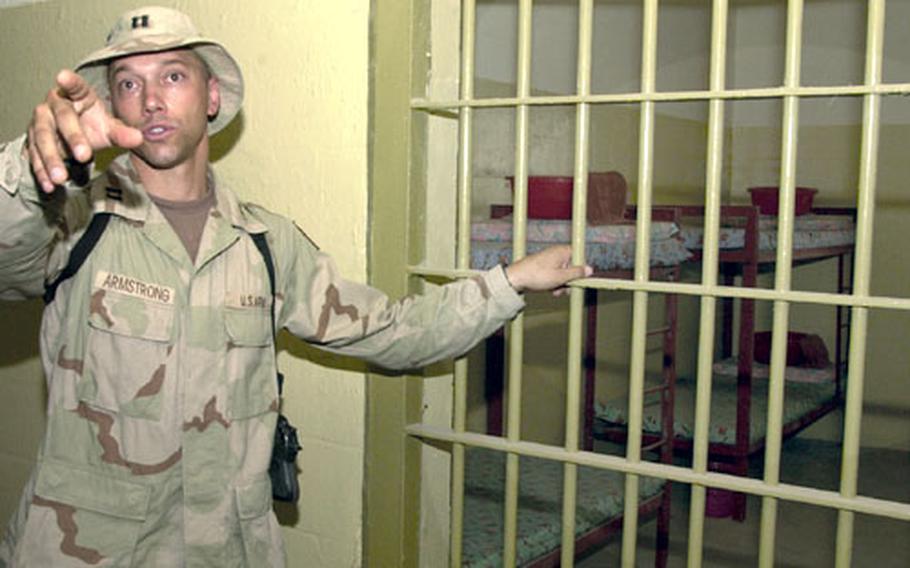 Capt. Troy Armstrong shows the renovations made to what once was the Abu Ghraib prison in Iraq. (Scott Schonauer /Stars and Stripes)

Capt. Troy Armstrong shows the renovations made to what once was the Abu Ghraib prison in Iraq. (Scott Schonauer /Stars and Stripes) 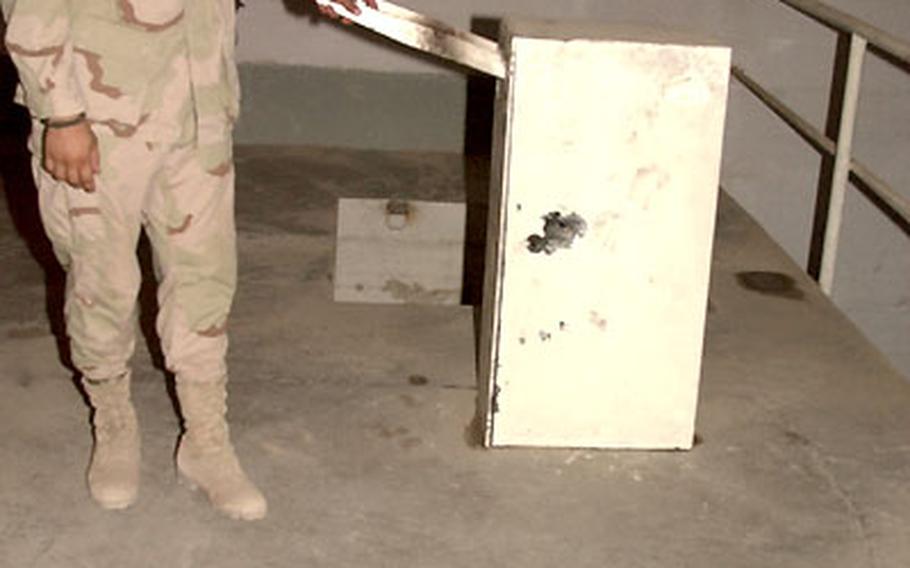 Capt. Troy Armstrong shows how a lever was used to hang prisoners at the Abu Ghurayb prison in Iraq. (Scott Schonauer / S&S)

BAGHDAD, Iraq &#8212; The Abu Ghurayb death house has a fresh coat of paint, but it still reeks from every grim corner.

The stink is the last legacy of terrified men, counting down the rest of their lives in days and hours.

The hanging ropes themselves are gone. When the U.S. soldiers arrived in May, they found the ropes coiled on the roof of the death house and gave them to civilian authorities, said Capt. Troy Armstrong, commander with the 72nd Military Police Company, part of the Nevada National Guard.

The tiny cells where prisoners waited to die barely have enough room for a person to stand, and a porcelain-lined pit for waste in the center.

The steel-barred doors are too narrow for a corn-fed American to enter without turning sideways. The starving prisoners, reportedly fed a piece of bread and four dates each day, probably didn&#8217;t have this problem.

The windows are more like portholes, lined with green glass an inch thick, utterly shattered but still sticking to embedded chicken wire.

Inside, in the hot dimness, the dirty white walls are covered with Arabic script, scratched into the plaster. Some phrases are prayers from the Holy Koran: &#8220;No soul lives forever, all men must die.&#8221; Some show last-ditch defiance: &#8220;martyrs and commandos of Sadr.&#8221;

Did Khardum write his own epigraph? Was it from a friend about to die himself?

No one will ever know, because there are no records here at Abu Ghurayb, Iraq&#8217;s largest and most notorious prison.

Probably there never were records of those who died at Saddam&#8217;s whim, said Brig. Gen. Janice Karpinski, commander of the 800th MP Brigade from Uniondale, Long Island, N.Y.