Walker's new chapel to help fuse religious services on base 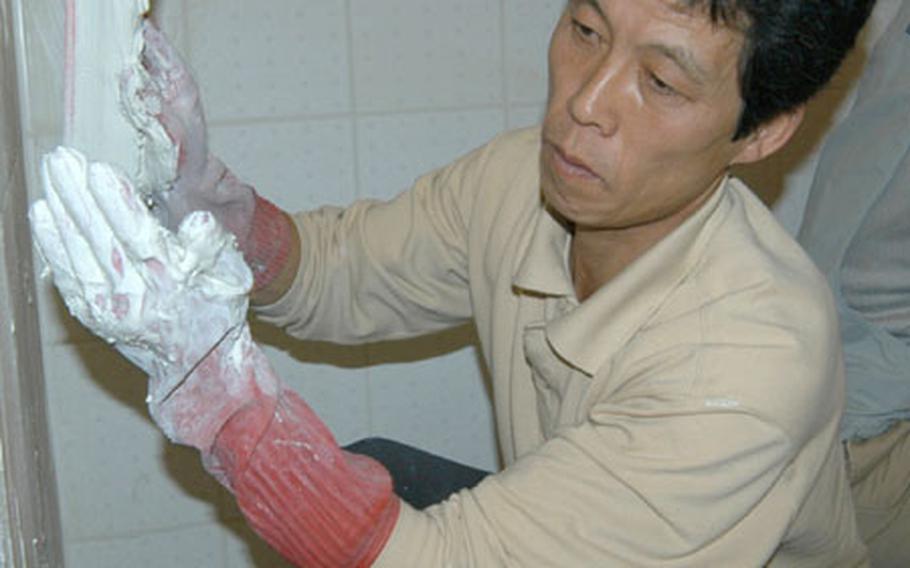 Baek Jum-sik applies the finishing touches to a renovated wall at Camp Walker&#39;s Chapel, which is undergoing $500,000 in upgrades. (Courtesy of U.S. Army)

Baek Jum-sik applies the finishing touches to a renovated wall at Camp Walker&#39;s Chapel, which is undergoing $500,000 in upgrades. (Courtesy of U.S. Army) 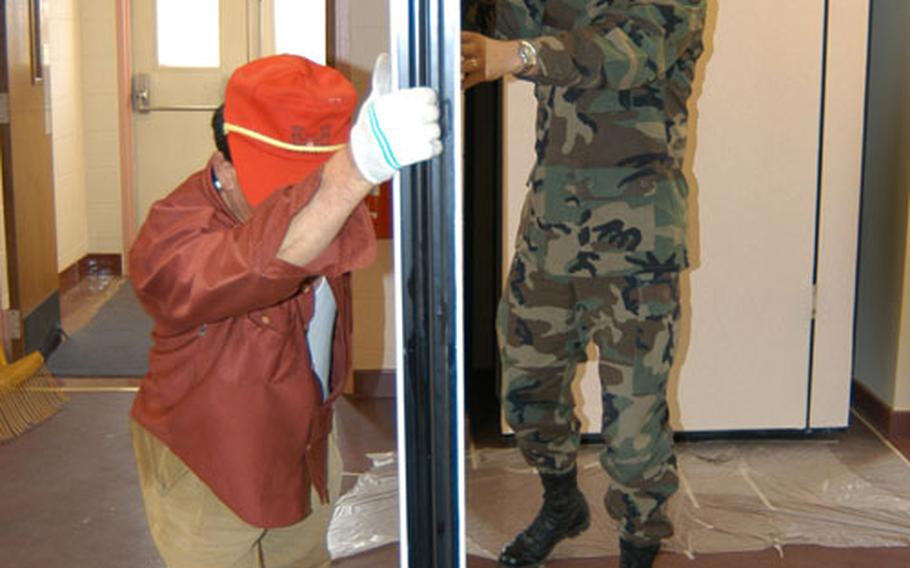 YONGSAN GARRISON, South Korea &#8212; Thanks to a half-million-dollar matching fund grant by the Army&#8217;s Chief of Chaplains, the Camp Walker Chapel is getting a major face lift.

Two of three stages of renovations to the chapel are complete, officials said, and work is set to begin on the third phase: a new fellowship hall to house religious programs now scattered among the base youth center, gym or other available spaces.

The matching funds are provided by the Chapel Tithes and Offerings Fund, a worldwide collection redistributed to base chapels for special projects or proposals.

Fixes to the office spaces were hailed as a way to remove clutter from the chapel.

&#8220;When I first got here, we had 18 footlockers filled with supplies. Now we have built-in shelves for storage,&#8221; said Sgt. 1st Class Daniel Kang, the Area IV chapel&#8217;s noncommissioned officer in charge.

The chapel annex has been refitted with fiber-optic lines for phones and computers and also now has moveable walls that will allow more groups to use the facility at the same time.

Work on the new fellowship hall was scheduled for December 2004 completion, Bendorf said, but the hall likely will be available for use by summer&#8217;s end.