Wahlburgers to open its first military base location, but it'll be a while 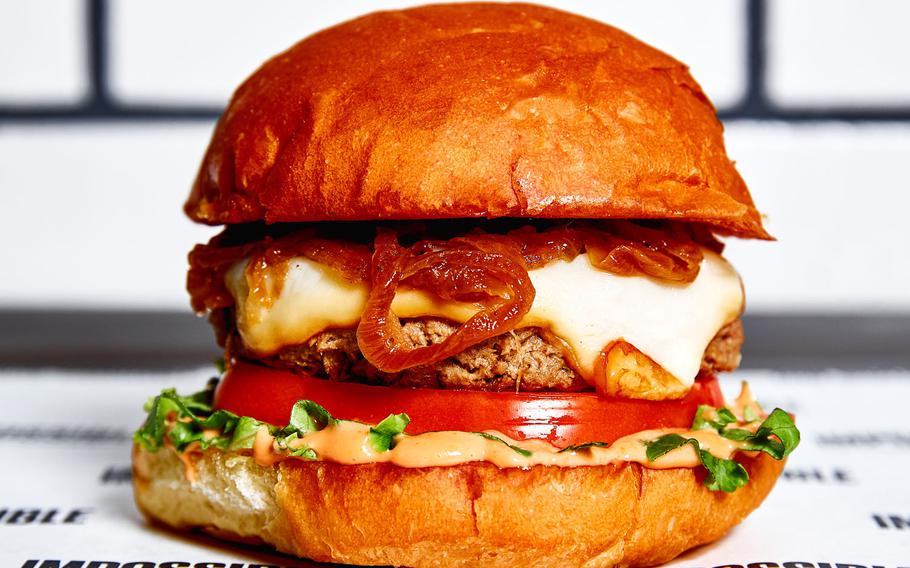 Wahlburgers — the fast-casual restaurant founded by executive chef Paul Wahlberg and brothers Mark and Donnie Wahlberg — will open its first location on a military installation at Joint Base Lewis-McChord in 2020. Seen here is the Impossible Burger. (Wahlburgers)

Wahlburgers — the fast-casual restaurant founded by executive chef Paul Wahlberg and brothers Mark and Donnie Wahlberg — will open its first location on a military installation at Joint Base Lewis-McChord in 2020. Seen here is the Impossible Burger. (Wahlburgers) 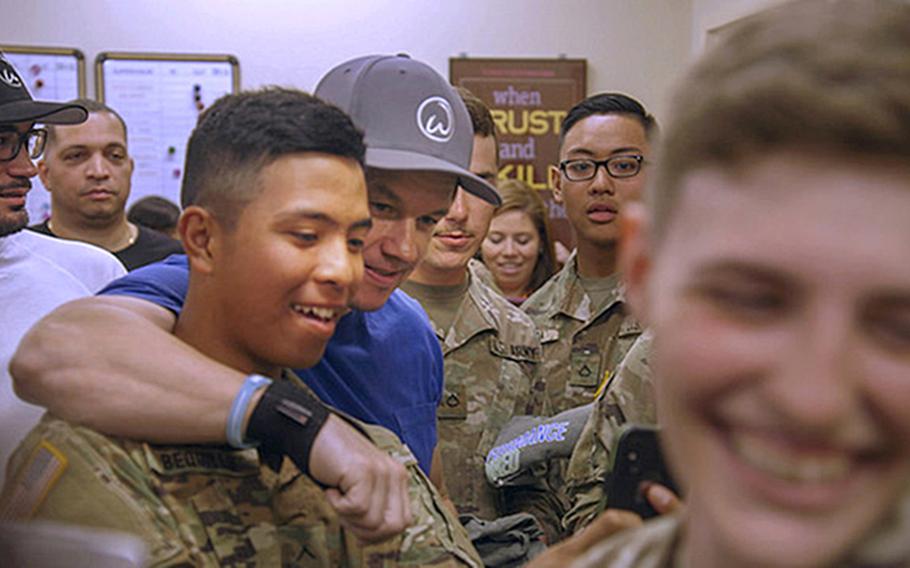 Troops tired of Anthony’s pizza, Charleys' subs and Auntie Anne’s pretzels will have a new food option named after someone they may actually recognize when Wahlburgers opens on Washington’s Joint Base Lewis-McChord.

It will be the first military installation to host the fast-casual burger joint founded by chef Paul Wahlberg and his brothers Mark and Donnie Wahlberg, the Army and Air Force Exchange Service said Tuesday, announcing an agreement with the restaurant chain. The location at the JBLM Lewis Exchange food court is slated to open in spring of 2020, following renovations slated for this fall.

A partnership between AAFES and Wahlburgers is expected to be announced during the season finale of the A&E reality show about the celebrity brothers’ burger chain on Wednesday. The show “Wahlburgers” will air back-to-back episodes beginning at 9 p.m. Central time.

“The Wahlberg family is incredibly proud of this partnership,” Mark Wahlberg said. “We look forward to bringing the Wahlburgers experience to military families at Joint Base Lewis-McChord.”

The Massachusetts natives, from a family of nine kids, opened their first Wahlburgers in 2011 in Hingham, Mass., south of Boston. They’ve expanded to more than two dozen locations across North America since, including a Boston-based food truck. The A&E series this season followed the brothers’ plans to double the company’s size in a year.

The new partnership is part of AAFES commitment to serving “the best customers in the world—soldiers, airmen and their families,” said Air Force Chief Master Sgt. Luis Reyes, the Exchange’s senior enlisted adviser.

“The Exchange delivers brands that resonate with the military community.”

Donnie and Mark Wahlberg rose to stardom in the 1990s as pop music stars — Donnie Wahlberg was a member of New Kids on the Block and his brother, known by the moniker Marky Mark, headed up the hip-hop group the Funky Bunch. Both are perhaps better known for their film roles now, which include a number of military and police roles.

His latest thriller, “Mile 22,” in which he plays a CIA operative, is slated to be screened for troops in Afghanistan Aug. 11 to 15, ahead of its release in U.S. theaters Aug. 17. It screened for free at 12 AAFES Reel Time theaters in the U.S. last week, as part of a partnership with the film studio.

Wahlburgers restaurants are filled with photos and memorabilia marking the brothers’ rise from kids living in Boston’s southern Dorchester neighborhood to worldwide celebrities, according to a statement.