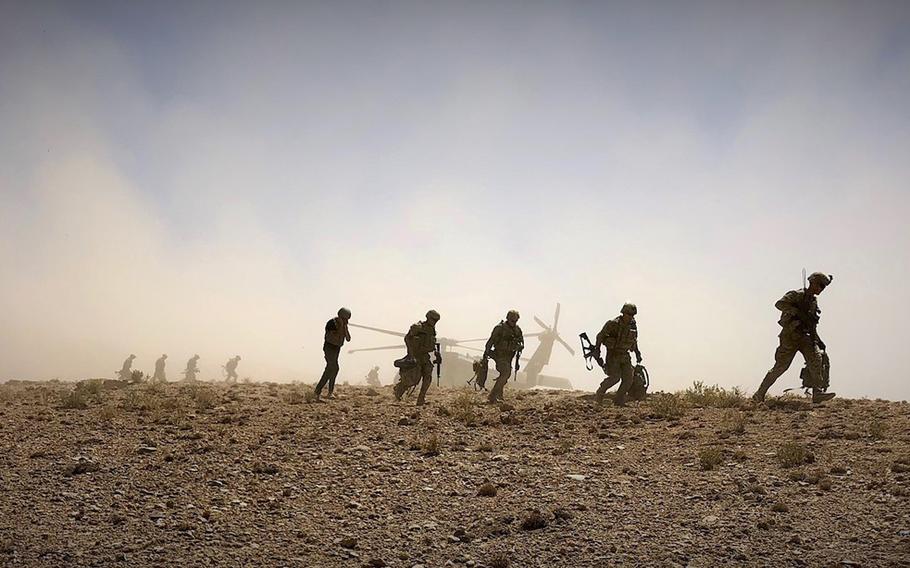 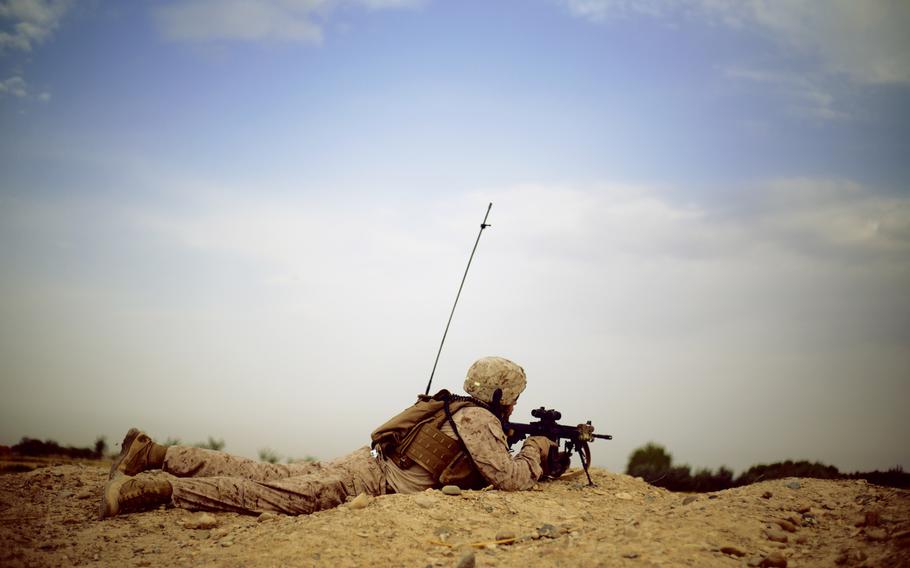 KABUL — As the United States and the Taliban attempt direct talks in hopes of ending the 17-year Afghan War, analysts say the Taliban’s control over large parts of the country has emboldened them to ask a high price for their cooperation.

Any talks now are in the preliminary stages, but interviews with former militants and researchers, along with dispatches from unofficial peace conferences, provide insight into what the Taliban, the Kabul government and the U.S. will ask for during negotiations.

“These are going to be negotiations about real significant power for the Taliban,” said Vanda Felbab-Brown, senior fellow at the Washington-based Brookings Institution. “They can ask for a lot. Every signal they have seems to be going their way, militarily and politically.”

U.S. officials have spoken to the Taliban at least three times in recent months to learn what the militants would demand in any formal talks, Waheed Muzhda, an ex-Taliban who remains in contact with the group, told Stars and Stripes.

Nothing has been agreed to, but militants told U.S. envoy Alice Wells that they want a timeline for withdrawal of foreign forces from Afghanistan and the release of prisoners, Muzhda said.

Wells reportedly met with the Taliban in Qatar on July 25, after a brief truce in June.

Talks have recently broken down between the U.S. and the Taliban, according to Taliban leaders who spoke to Reuters.

A State Department spokesman said there were no meetings with the Taliban scheduled, but that staffing for a new “peace and reconciliation unit” based in Washington and Kabul is expanding.

What the Taliban want The initial phases of talks could center on a prisoner exchange as a way of building trust, Felbab-Brown said.

The Taliban want the return of the imprisoned Anas Haqqani of the Taliban-affiliated Haqqani network, as well as the release of thousands of its captured fighters. The U.S., for its part, seeks the release of kidnapped citizens, such as Kevin King, an American professor abducted in 2016.

Representatives from the Taliban and the Afghan government met this week in Saudi Arabia. The two groups discussed releasing Taliban prisoners in exchange for a safe parliamentary election in October, according to Reuters.

If discussion moves past confidence-building measures, the Taliban are expected to get ambitious.

Throughout the conflict, the Taliban’s main goals have been the withdrawal of all foreign troops, a political role in ruling Afghanistan and achieving international legitimacy, said Kamran Bokhari, senior fellow with the Center for Global Policy in Washington.

A peace deal could promise militants positions of power in the military and the government after negotiations.

However, the Taliban are more likely to start talks with a harder line.

The insurgents will seek to dissolve the current government, replace it with a new one and write a new constitution, according to a review of Taliban talking points obtained by The Associated Press.

They also want to be recognized as a legitimate political organization and to be taken off international blacklists, Bokhari said.

Even if talks fail, the Taliban can benefit just by being invited.

“They can tell their base, ‘see it all paid off, the U.S. is negotiating with us,’” Bokhari said. “That in itself is a major victory.”

What the U.S. and Kabul want For the U.S., the core goal of peace talks would be an assurance that Afghanistan would never again be used as a haven for international terrorists such as al-Qaida.

Washington would then be able to say it walked away from the longest war in its history with something it can call a victory.

Anything other than a graceful exit risks emboldening international jihadis like the Soviet withdrawal from Afghanistan in the 1980s did, Bokhari said.

Experts believe the Taliban, which have already been distancing itself from al-Qaida on social media, would turn on their fellow jihadis as part of a deal.

“The Taliban want to get back into power, and it would be easy to say, ‘We condemn transnational jihadists,’” said Thomas Ruttig, co-director of the Afghanistan Analysts Network.

Kabul, for its part, wants the insurgents to join the government but not to dominate it. But the government in Kabul is in a weak bargaining position, said Michael Kugelman, deputy director of the Asia program at the Wilson Center in Washington.

The U.S. government says the Taliban now controls or contests 44 percent of Afghanistan, while some military analysts say the number is higher.

Meanwhile, recent concerns over the government’s ability to hold legitimate elections have dragged its fractured ethnic politics into public view.

“As the unsettling reality that the war can’t be won militarily has come into sharp relief, and as violence and casualty rates have broken new records, the Afghan government has come to accept that it will need to make some generous concessions—more generous than it may once have been comfortable with—to the Taliban,” Kugelman said.

It may have to offer ceding to the Taliban territory the group controls, he added, and Afghanistan’s president has already offered a review and possible amendment of the constitution.

The Taliban have indicated they would compromise on some human rights. They would support allowing women to have jobs and allowing girls to go to school if the practices align with Islamic law, according to statements from unofficial peace conferences.

Felbab-Brown said many civil society groups are worried the West would also compromise on the issue of civil rights.

“I think Washington has given up on many civil liberties, and the Afghans are eager to as well,” Felbab-Brown said.

What's next? The U.S. views the current bilateral talks as a springboard to set up discussions between militants and the Afghan government. But progress may stall depending on how willing the Taliban are to talk to Kabul, Kugelman said.

The recent talks between the Taliban and Kabul are a break from the militant group’s long-held beliefs that the current Afghan government is illegitimate, but Taliban officials told Reuters the talks occurred after the U.S. demanded a three-month cease-fire in exchange for further talks with them.

The Taliban likely will confound U.S. and Afghan negotiators by continuing to carry out violent attacks, he predicted. The group’s August assault on Ghazni, for example, occurred after talks with the U.S. began.

Even if Taliban leadership are willing to compromise, multiple analysts expressed concern that the group’s rank and file soldiers may not be as accommodating as its diplomats.

Within the Taliban, internal propaganda continues to beat an uncompromising stance with the U.S. and Kabul, even as militant officials discuss possible compromises, said Brian G. Williams, a professor of Islamic history at the University of Massachusetts. “The rhetoric has always been, ‘give them no quarter.'”