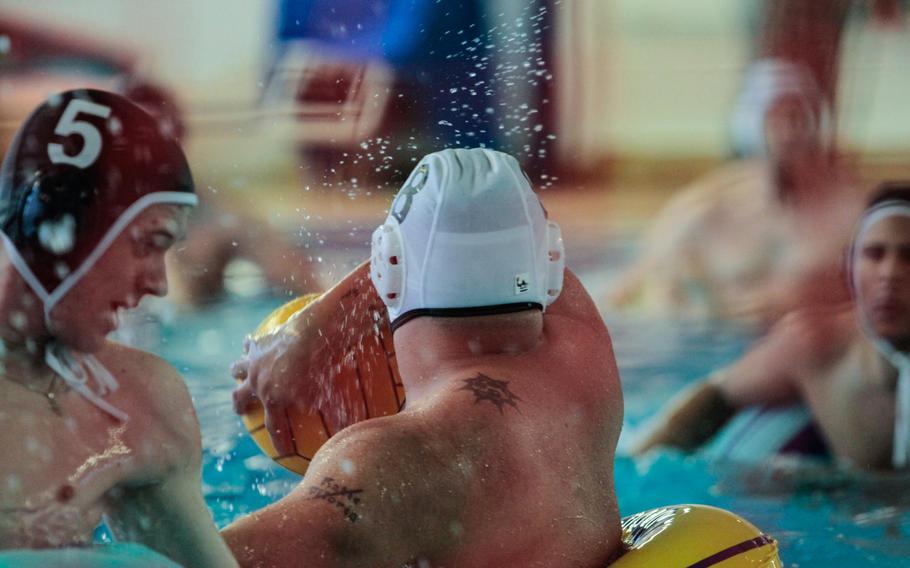 Buy Photo
In game one of the Warrior Transition Battalion — Europe's water polo tournament, Spc. James Viloria of the battalion's Company A, spins and tries to score with a backhand throw against the defenders of Company B Thursday, Dec.12, 2013. (Matt Millham/Stars and Stripes) 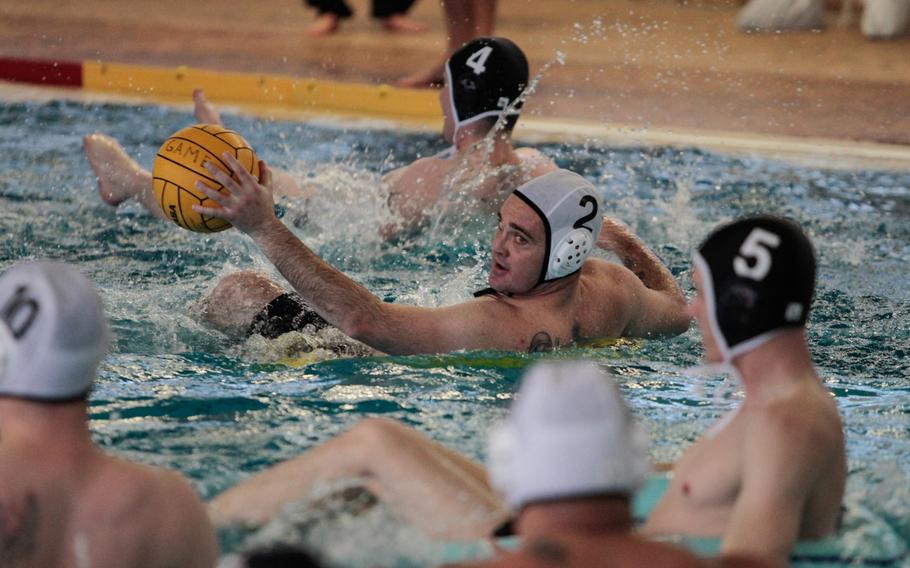 Buy Photo
Sgt. Christopher Glutting of the Warrior Transition Battalion Europe's Company A looks for someone to pass to during a wounded warrior water polo tournament Thursday, Dec. 12, 2013, in Baumholder, Germany. (Matt Millham/Stars and Stripes) 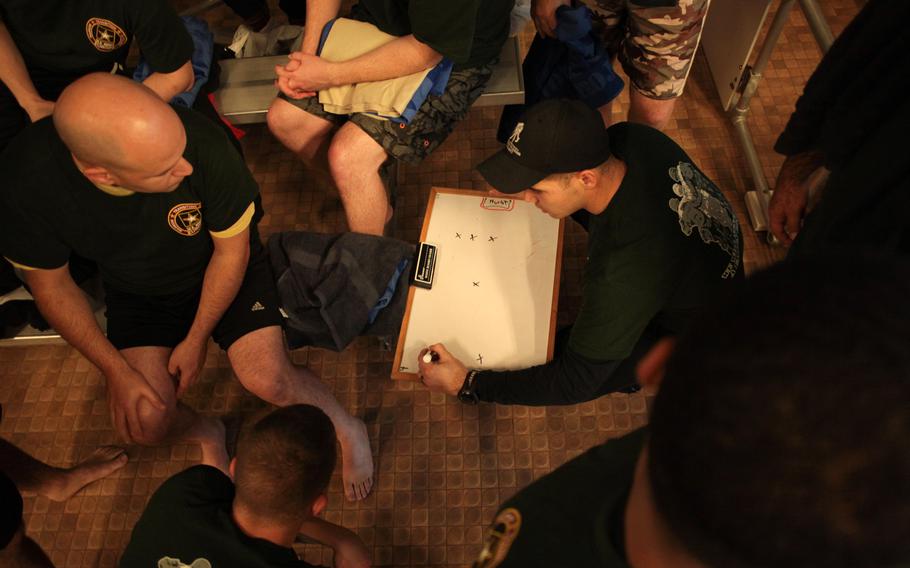 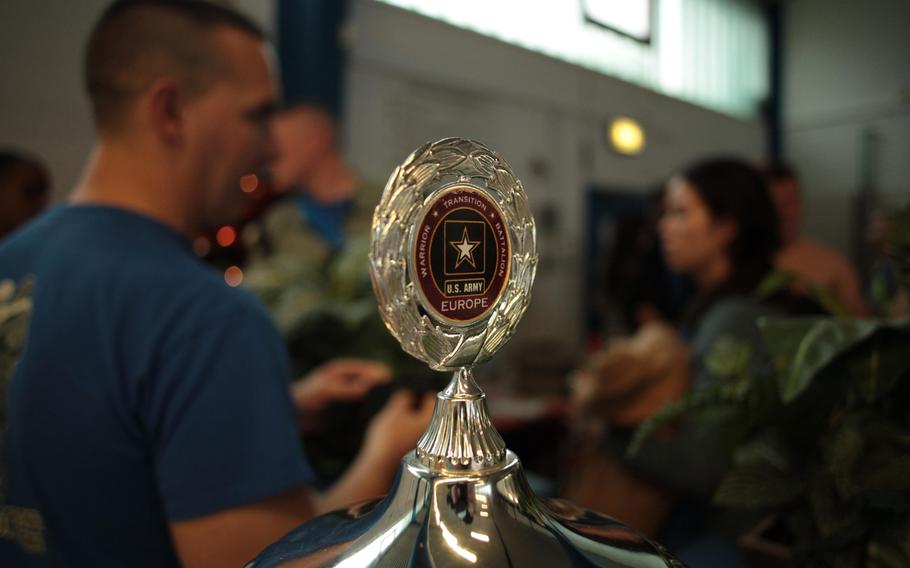 Buy Photo
The Commander's Cup, a trophy given out twice a year to the company of wounded warriors that earns the most points in a series of adapted sports competitions, sits in the Army aquatics center in Baumholder, Germany, Thursday, Dec. 12, 2013. (Matt Millham/Stars and Stripes)

The Afghanistan War vet, who suffers from post-traumatic stress and the lingering effects of a traumatic brain injury, was at the aquatics center Thursday in Baumholder with about 175 other wounded soldiers, most of whom were similarly inexperienced.

Winning, Lancaster said, isn’t supposed to be important at these kinds of wounded warrior sporting events, which are common in Europe.

“But everybody knows winning is important,” Lancaster said, as he was getting ready to jump into the pool with other members of his wounded warrior company — Company B — of the Army’s Warrior Transition Battalion-Europe. “So we want to win. We hope to win.”

The event was the final matchup in the battalion’s twice-yearly “commander’s cup,” which pits units of wounded soldiers from around the Continent against each other in sports adapted to enable participation by soldiers with various injuries.

Still, after playing three games as a forward, Sgt. Vincent Acosta was beat.

His unit, Company A of the WTB, won the tournament — and ultimately the commander’s cup — after dominating throughout its two round-robin games and holding off a resurgent Company C in the finals.

Acosta ended up in the wounded warrior program after a back injury he’d suffered three years ago in Afghanistan was re-aggravated during a ruck march in Baumholder.

He was surprised to see there were so many wounded soldiers in Europe, but happy to see them as well.

“It’s just kind of cool that everybody actually came down,” he said. “We’ve got people from Italy and all over. I didn’t know the actual battalion out here was this big.”

Lt. Col. Douglas Galuszka, the battalion’s commander, said there are about 300 wounded soldiers at 14 sites in Europe. There were more wounded warriors at Thursday’s water polo tournament than he’d seen in one place in his year and a half commanding the unit.

“To me, it’s a relaxing environment,” said Pvt. Tamarcus Miller, a member of Company C. “Because, you know, these guys are going through the same type of process that you are.”

The wounded soldiers are able to relate to each other in a way they can’t to others, Miller said, even their families. Being able to open to somebody else about their injuries — in his case, a traumatic brain injury and post-traumatic stress — creates a bond. “I think it’s just an awesome feeling.”

“A lot of the soldiers have had everything taken away from them,” Sgt. 1st Class Branden Davenport, a member of the full-time cadre for Company C, said. “They are told so many times during the day … ‘You can’t do this, you can’t run anymore, you can’t soldier anymore.’ But this shows them there are so many things they can do.

“This gives them that new normal.”