Vote will be a 'decisive point' for Samarrans 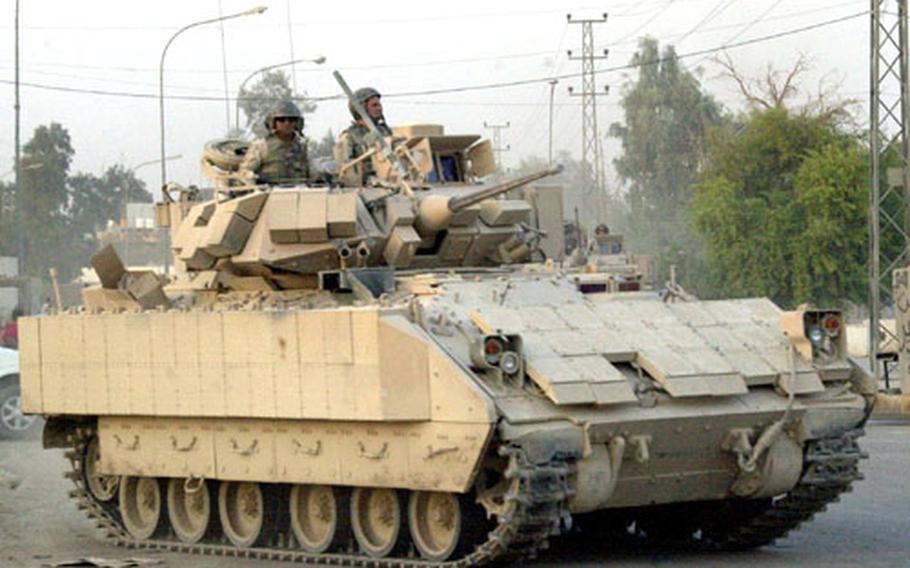 A Bradley Fighting Vehicle rolls through the streets of Samarra&#39;s Green Zone Wednesday. U.S. officials are hoping that the violence-plagued city&#39;s voters will turn out in large numbers for Saturday&#39;s constitutional referendum. (Erik Slavin / S&S)

A Bradley Fighting Vehicle rolls through the streets of Samarra&#39;s Green Zone Wednesday. U.S. officials are hoping that the violence-plagued city&#39;s voters will turn out in large numbers for Saturday&#39;s constitutional referendum. (Erik Slavin / S&S) 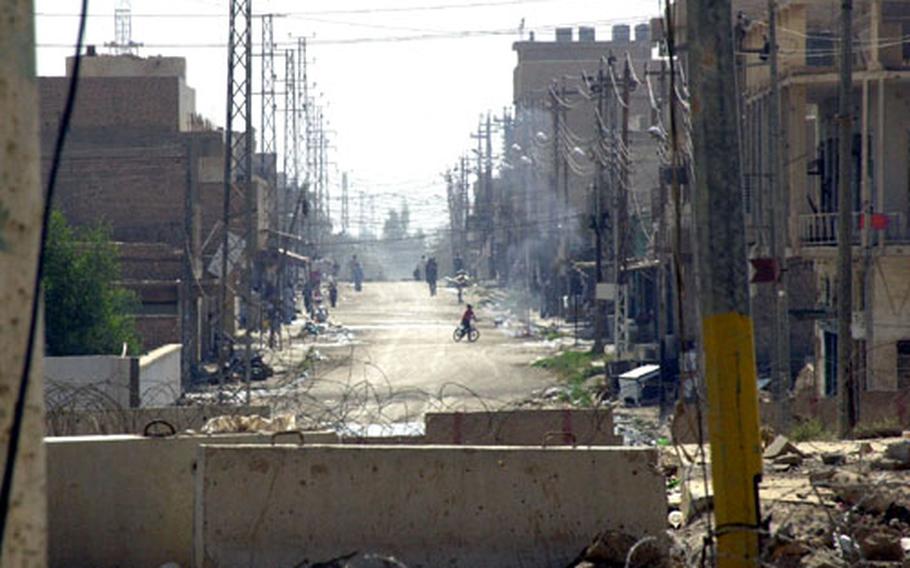 Instability and violence have plagued the city of Samarra, where regular trash collection stopped in 2003. (Erik Slavin / S&S) 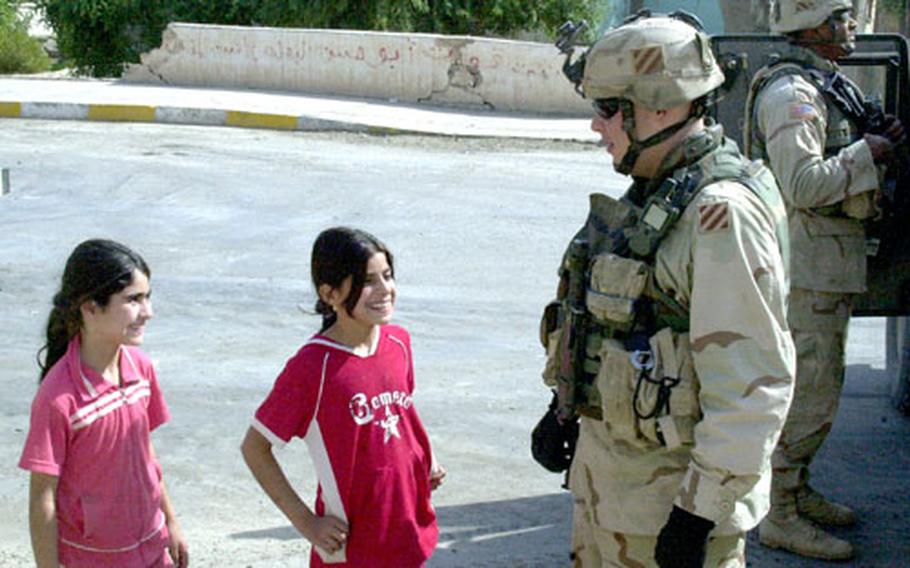 Spc. Joshua Hines, 25, of Conway, Ark., talks with children in Samarra outside of the city mayor&#39;s office on Wednesday. (Erik Slavin / S&S)

SAMARRA, Iraq &#8212; In the ninth century, the town of Samarra was the capital of the Abbasid Empire and one of the Muslim world&#8217;s most important cities. In modern times, religious tourists flocked to the town&#8217;s ancient mosques, where two of the original 12 Muslim caliphs are buried.

These days, a mini mall with &#8220;Kodak&#8221; painted on a crumbling yellow wall is one of the few reminders left of Samarra&#8217;s tourist trade. Two years of accumulated rubble and trash litter the city, known to U.S. servicemembers as one of the most consistently violent in Iraq.

Even in a country known for strong family loyalties, Iraqis recognize Samarra for its bloody tribal rivalries. Maltby and the soldiers of the 3rd Infantry Division&#8217;s 3rd Battalion, 69th Armor Regiment have patrolled Samarra&#8217;s streets since January. Ten among their ranks have died this year, including four in an August roadside bomb attack.

Highlights in Samarra are few and precious, but U.S. officials and the city mayor believe they have one coming Saturday. Samarrans, who overwhelmingly boycotted the polls during January&#8217;s elections, are expected to vote on the constitutional referendum.

This time, Wald says, the sheiks who wield influence in Samarra say they are adamant about getting people to the polls. It was unclear Thursday which way they would vote on the referendum. Most were expected to vote against it until a deal allowing a review of the constitution was struck this week between Sunni and Shiite leaders in Baghdad.

Local sheiks met Wednesday and Thursday to discuss whether they would now support the referendum.

Seeing voters show up at the polls will be victory enough for Wald, who came to Samarra with millions of dollars available to local contractors for rebuilding the city. Organized crime seized the opportunity and took large cuts of the disbursements. Shoddy work made it worse, Wald said.

For example, the U.S. Army spent $40,000 on trash pickup. They recommended trucks and pickup methods to clean the city quickly. Once the contractor collected the money, he hired children to pick up trash in the streets for 25 cents a day.

To curtail violence, soldiers have turned Samarra into a virtual fortress. In August, they surrounded the city with a steep 8- to 10-foot sand berm. Visible tracks where cars failed to climb the wall are a testament to its success, Wald said.

Since completing the berms Aug. 27, attacks have dropped from six per day to two per day. The berms and other roadblocks have limited all but three entryways to Samarra. Iraqi army troops, trained by U.S. military police, guard each control point.

Iraqi army troops are heavily guarding Samarra&#8217;s polling sites before and after the election. In most other cities, the Iraqi police guard the sites while the Iraqi army forms an outer security cordon.

The beginning of the violence

When Saddam Hussein&#8217;s regime fell, most of Samarra&#8217;s people welcomed U.S. troops into the city.

At a prominent wedding in 2003, revelers shot AK-47 rounds in the air &#8212; a common way to celebrate in Iraq. U.S. forces fired back, killing some of the attendees.

U.S. officials have tried to make up for the mistake, but acknowledge how deeply the incident affected the city.