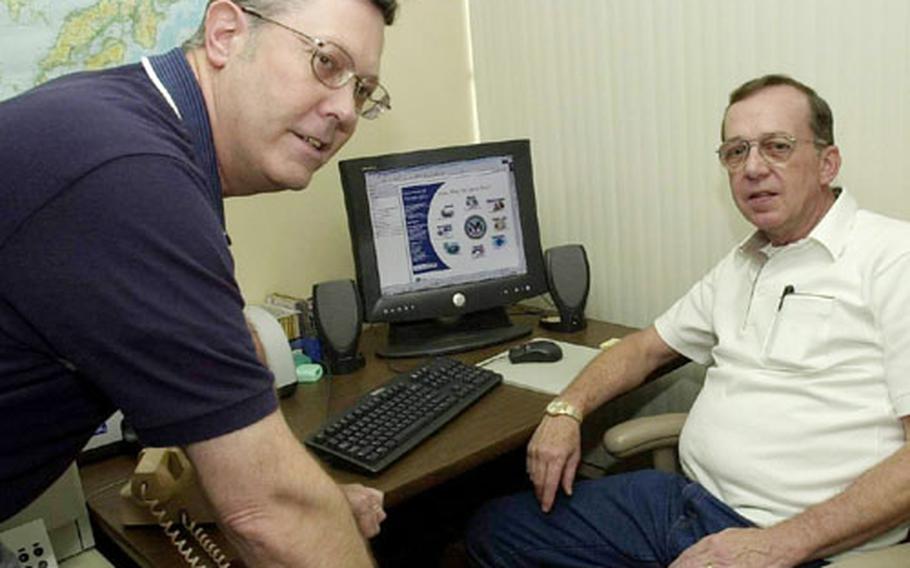 MISAWA AIR BASE, Japan &#8212; Filing survivor benefits, Social Security and insurance claims paperwork can be daunting enough for most people after a loved one&#8217;s death but seemingly an insurmountable prospect for foreign-born spouses.

But during the three years since the Retiree Activities Office opened its doors here, a two-person volunteer staff has compiled a notable record of helping survivors of deceased military troops get the benefits their loved ones earned.

The Retiree Activities Office here serves about 300 retirees, dependents and widows in the six prefectures making up Tohoku, or the northeast region of Honshu, and all of Hokkaido Prefecture.

Tinnirella, a chief master sergeant who retired in Misawa in 1988 after 30 years in uniform, said he often spends hours at the home of a deceased veteran searching for important documents.

Often, he said, uncertainties about benefits due survivors are rooted in a lack of communication between spouses.

He cited a recent success story involving a Japanese woman with a 6-year-old daughter divorced from an Air Force retiree who left Misawa and returned to the United States.

After the retiree died earlier this year, the ex-wife, who was living on a fixed income in Misawa, asked the base legal office if she was entitled to any benefits.

&#8220;We determined the husband was employed with a police department in the U.S. following his retirement,&#8221; Tinnirella said. &#8220;Between annuities, unpaid leave and insurance policies, the woman and her daughter may be entitled to almost half a million dollars.&#8221; Because of privacy concerns, Tinnirella said he could not identify the woman.

Tinnirella credits retired Air Force Master Sgt. Joe Roginski, manager of Misawa&#8217;s USA Credit Union, with helping many Japanese widows. Roginski, who is fluent in Japanese, helps them complete paperwork for Social Security and other benefits, as well as for identification cards.

&#8220;Joe always helps me when I have questions about government paperwork,&#8221; said Chie Kaneno of Misawa, whose husband, Danny, a retired Air Force technical sergeant, died in 1999. &#8220;He helped me get a new ID card and fill out all kinds of papers to send to the United States.&#8221;

The office also informs widows of ways to minimize taxes they pay on benefits, Tinirella said.

Retirees here applying for a U.S. Forces decal for their cars so they can enter military installations do so much more quickly because of the RAO&#8217;s intervention.

In the past, that process required frequent visits to the base by a retiree to learn if a commander had signed an approval letter. &#8220;Now it&#8217;s all done in one stop,&#8221; said Dave Barton, a base employee and a retired chief master sergeant who assists Tinnirella.

To help retirees get their survivor affairs in order, the office devised a checklist given retirees at monthly retiree meetings or in a quarterly newsletter Barton compiles.

Two years ago, the Retiree Activities Office launched the Misawa Military Retirees Association; it now has about 50 members.

&#8220;Through the association, we established a survivors assistance fund to provide cash toward immediate short-term needs of surviving widows in the area,&#8221; Tinnirella said.

Budgeting for the office comes in the form of donations from private organizations on Misawa, and from various fund-raising drives by base schools, military units and even flea market sales.

Tinnirella mans the Retiree Activities Office in Building 653 from 10 a.m. to 2 p.m. Tuesday and Thursday. He can be reached by calling 226-4428 or e-mailing: misawa.rao@misawa.af.mil.