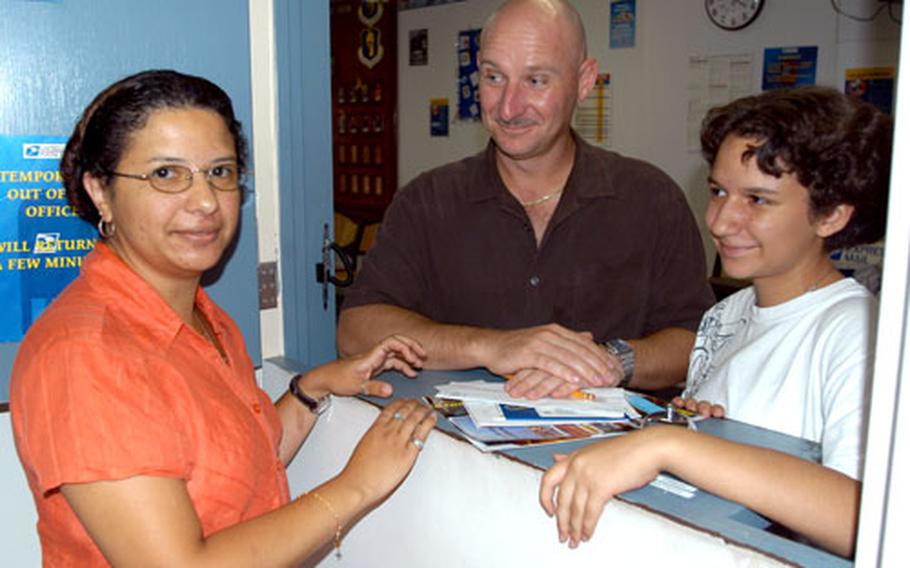 `Without volunteers, Misawa Air Base&#8217;s post office would be drowning in boxes.

With post office manning at about 50 percent due to air and space expeditionary force rotations, Wimbush asked other Misawa units for help &#8212; and so far it&#8217;s come.

Staff Sgt. Erica Claus, a fitness specialist with the 35th Services Squadron, has logged 44 volunteer hours in less than a month.

Wimbush said volunteers must be U.S. citizens eligible for a Secret security clearance and have clean military records.

One volunteer Wimbush keeps talking about is Angie Barber, 39, who treats her volunteer duties at the post office like a job. She shows up Monday through Friday and puts in six to eight hours a day. Her volunteer days at Misawa&#8217;s post office hark back to 1992, after Barber separated from the Air Force.

Barber volunteered for nine straight years at Misawa, then for three years at Spangdahlem Air Base in Germany, where her husband, Master Sgt. John Barber, was assigned.

The Misawa staff hopes she continues showing up.