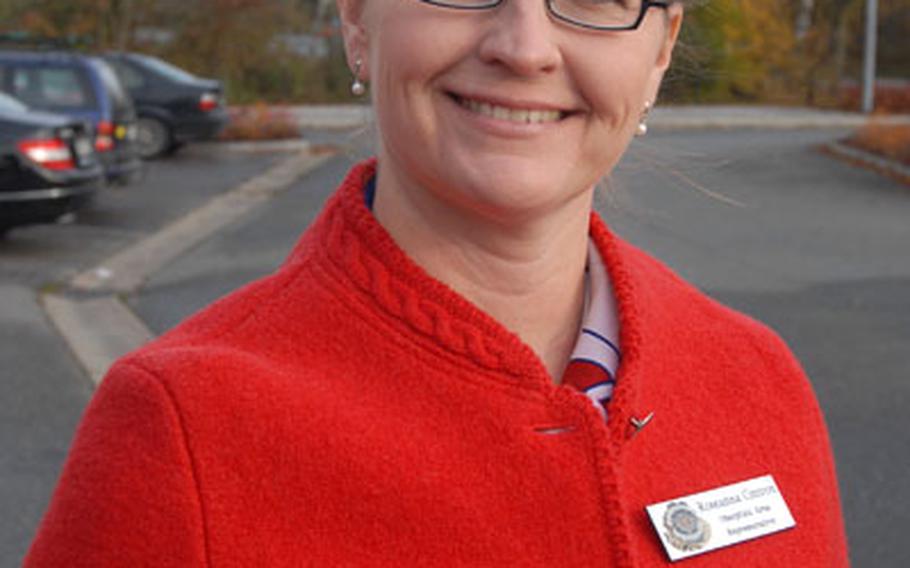 AWAG Oberpfalz Chapter spokeswoman Roseanna Cintron said the all-day event &#8212; to be held at Vilseck&#8217;s Combined Arms Training Center building &#8212; will include 16 classes for volunteers along with some fun classes related to life in Germany.

&#8220;This one-day conference will offer many enrichment classes focusing on volunteering, self-improvement and professional development along with a few lighter sessions such as &#8216;Antique/Flea Market Shopping&#8217; and &#8216;Living in Bavaria,&#8217;&#8221; she said.

A lot of the classes are geared toward spouses of deployed soldiers, Cintron said.

&#8220;Many have things about leadership and how to become more involved in volunteering to give the spouses a focus while their husbands are downrange,&#8221; she said.

Vilseck has a large population of spouses whose husbands are serving 15-month tours in Iraq with the 2nd Cavalry (Stryker) Regiment.

Cintron, a Grafenw&#246;hr Thrift Shop volunteer, said the conference costs $20. Deadline to sign up for the conference is Monday, and people can register via e-mail at: Oberpfalz@awag.us.

AWAG, which has five chapters in Germany along with chapters in Britain, Italy and Benelux, will host its four-day annual conference in Garmisch, Germany, in April, she said.