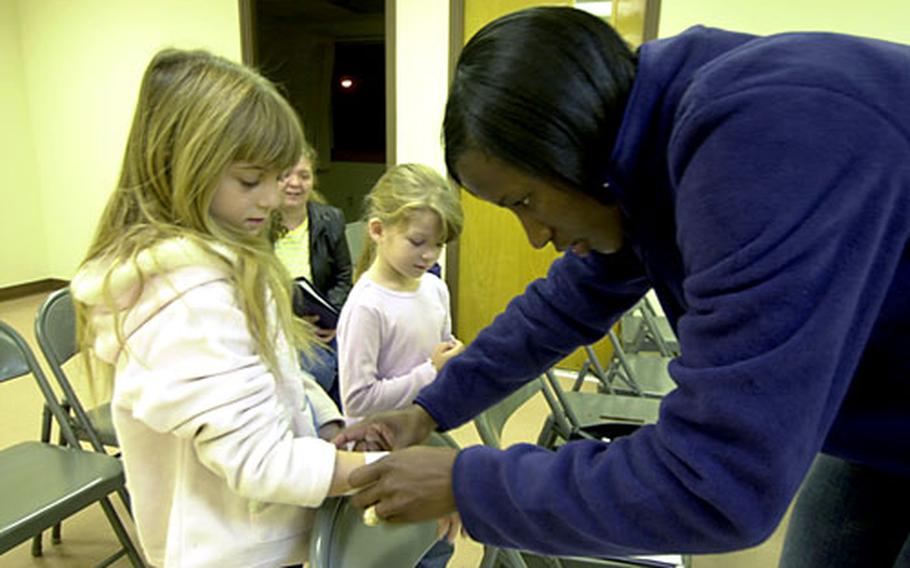 Officials recently made sweeping revisions to the exercise after volunteers from an April exercise complained they weren&#8217;t provided adequate medical, psychological or administrative aid after the commercial ferry they were in struck what officials believed to be a whale.

Many of April&#8217;s volunteers found themselves soaked, waiting in life boats for the South Korean Coast Guard.

Changes include a better-staffed command post, medical personnel and South Korean translators aboard the ferry and plane and improved communications through the use of satellite phones.

The volunteers who participated in the &#8220;sail-away&#8221; portion of Friday&#8217;s exercise traveled from various points throughout South Korea to meet in Busan early Friday morning.

Lt. Col. Pat Hampton, USFK Readiness Branch chief, was on hand to brief them about the trip. The goal, he told them, was to make it &#8220;as painless and comfortable for you as possible.&#8221;

He explained that &#8220;this is a training exercise,&#8221; that they might rush to get somewhere, than have to wait.

While soldiers scurried about the international port terminal, gathering passports and scanning volunteers&#8217; identification bracelets, King suggested anyone worried about getting seasick should take their medicine.

He said while he was prepared for almost any emergency - his medical bag was packed with a defibrillator, IV fluids, antibiotics and airway tubes &#8212; the &#8220;most likely thing would be motion sickness.&#8221;

The escorts from each area were tasked with updating their commands on a regular basis.

Some of the volunteers said they had heard of the April incident but that didn&#8217;t prevent them from volunteering for this trip.

She said everything was working perfectly Friday.

And Tammy Smith, traveling with her 6-, 8- and 12-year-old children, said everything was fine.

All the volunteers were provided feedback sheets that they were encouraged to complete. That, Hampton said, will help USFK &#8220;refine procedures and techniques.&#8221;

They were provided $50 of food coupons and offered a free sightseeing trip to Hiroshima on Saturday. On Sunday, they were to return to Korea.