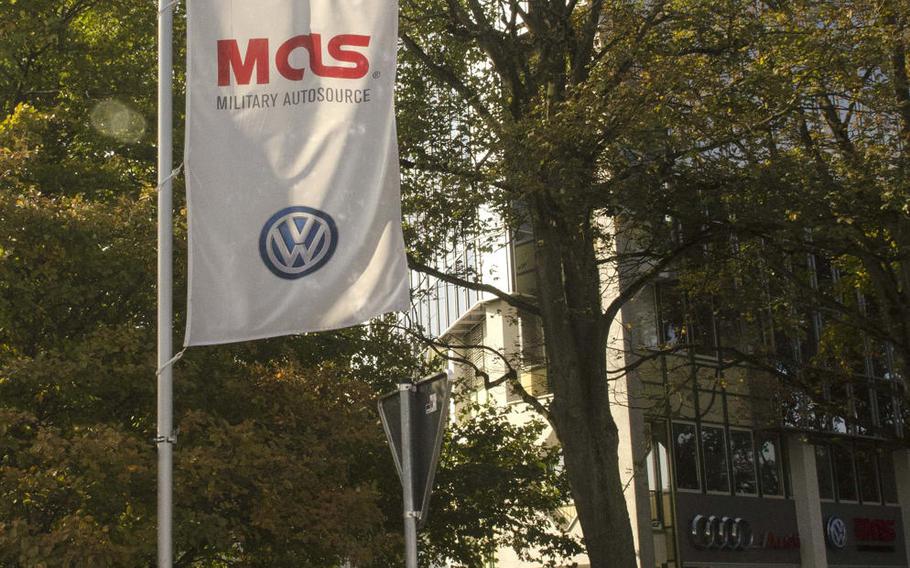 Buy Photo
Cars sit outside the Military AutoSource location near Hainerberg housing area in Wiesbaden, Germany, Thursday, Sept. 21, 2017. MAS is acting as a middleman for servicemembers and civilians overseas who have been affected by the Volkswagen emissions fraud settlement. (Dan Stoutamire/Stars and Stripes)

Buy Photo
Cars sit outside the Military AutoSource location near Hainerberg housing area in Wiesbaden, Germany, Thursday, Sept. 21, 2017. MAS is acting as a middleman for servicemembers and civilians overseas who have been affected by the Volkswagen emissions fraud settlement. (Dan Stoutamire/Stars and Stripes) 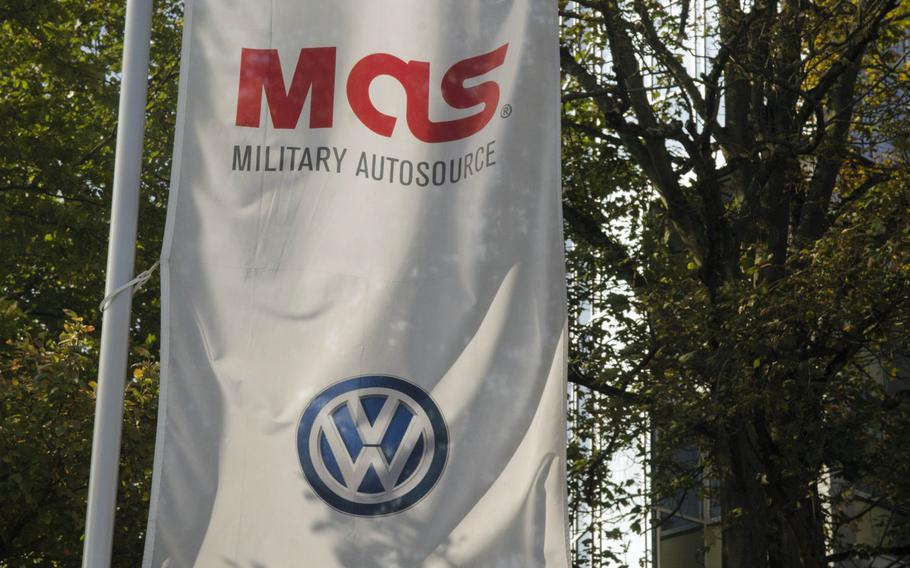 Military AutoSource, a Defense Department-approved vendor associated with the Army and Air Force Exchange Service, forged an agreement in the summer with VW under which their locations — on many bases across Europe — can serve as drop-off locations for the buyback program, even if the car’s owner did not buy the vehicle at MAS.

After a customer drops off his or her car, it will take two to four weeks for the funds to appear in the bank, MAS says. The vendor says it is working to streamline this process.

The October 2016 district court settlement required VW to buy back or fix 475,000 VW and Audi vehicles purchased in the U.S. from model years 2009-15; however, the program required the buybacks to take place at approved dealerships — none of which were in Europe, where the ruling held no legal power.

MAS’ buyback program offers the trade-in value of the car from September 2015, plus 20 percent, as well as a restitution payment, which varies by make and model.

The agreement between MAS and VW may ease concerns for servicemembers and military-affiliated civilians stationed in Europe. VW estimated that at least 200 people were affected in Europe as of this past summer.

Michael Peters, a civilian working in Kaiserslautern who bought his car through MAS, told Stars and Stripes earlier this year that the process was frustrating, with little information coming from VW’s dedicated military support team.

Peters, who is planning to deliver his car to MAS this month, says he’s glad that after a year of waiting, progress is being made.

“As of now I am happy with the arrangement,” he said. “It seems to be moving smoothly. But I will not be able to confirm the process until I actually attempt to drop off my vehicle.”

Customers who choose to keep their cars and have the emissions system fixed are still waiting for a resolution.

Servicemembers who return with the vehicles would be unable to permanently register them in the U.S. until they receive a modification approved by the Environmental Protection Agency.

Many of these modifications were only recently approved, and as of now there are no dealerships in Europe able to make the fixes.

“We are working on a solution to provide those modifications to military overseas customers at franchise dealership locations,” VW spokeswoman Jeannine Ginivan said in a statement to Stars and Stripes. “We will be in touch with those customers for next steps when that approved process is in place.”

Owners returning to the U.S. will still be able to send their vehicles stateside and drive them to an authorized dealership before registration, the agency responsible for shipping vehicles said.

“This particular emissions issue does not compromise the ability to safely operate the vehicle, nor does it pose a risk for starting fires or damaging other vehicles while underway,” said Lt. Col. Todd Jensen, chief of operations of the U.S. Transportation Command’s personal property division. “That being the case, we understand Volkswagens are not being turned away stateside or overseas.”