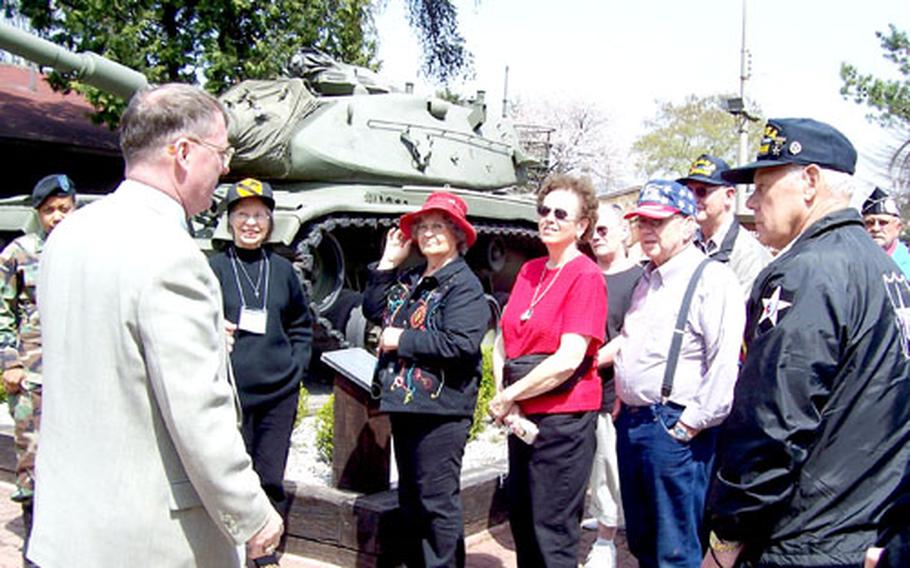 Jerry Miller of Simpson, Ill., was 2 years old when his father, Pfc. Thomas William Miller of Company I, 38th Infantry Battalion, was fatally wounded on June 1, 1951.

Much of what Miller, now 56, knows of his father came from letters his father sent home during the war. The letters tell about building bunkers on hills, sleeping in schoolhouses and the battle of So-young River, known as the May Massacre, in which Pfc. Miller describes the din of enemy bugles and drums and 300 Chinese lying dead in front of his position.

Six years ago, Miller decided to find the place where his father was wounded, a task that involved countless hours of research and three trips to South Korea &#8212; in 2000, 2004 and this year.

&#8220;On each visit I got closer to where my father was wounded. Things are complicated over here. The place names have changed, the highways have changed and I can&#8217;t speak or read Korean,&#8221; Miller said.

A breakthrough came during research of U.S. Army archives in Washington, D.C., when Miller discovered a report of the battle in which his father was wounded along with 19 Company I soldiers. A reference in the report showed that the battle happened on Hill 681, a few miles south of the South Korean city of Inje, said Miller, who traveled there last week with 17 members of his tour party, including his daughter, Amity Thodoropoulos.

All they found was a rugged mountain and a run-down farmhouse, but Miller said the experience was cathartic.

During the battle he led a nine-man crew stringing telephone wire between forward observers&#8217; positions and a fire direction center, he said.

When he returned to Porkchop Hill last week it was hard to recognize it, he said.

&#8220;The hill looks the same but you get a different viewpoint. Back then we were down in the valleys, but this time we stood on Heartbreak Ridge overlooking the hill,&#8221; he said.

Giles is not surprised that the U.S. Army is still in South Korea more than 50 years after the war.

&#8220;I think it is absolutely necessary that they be here indefinitely. Whatever it takes. The American forces here are a major deterrent because if they (North Korea) attack, they would be attacking the U.S.,&#8221; he said.