Visit from Navy’s top VIPs brings in crowd to Yokosuka 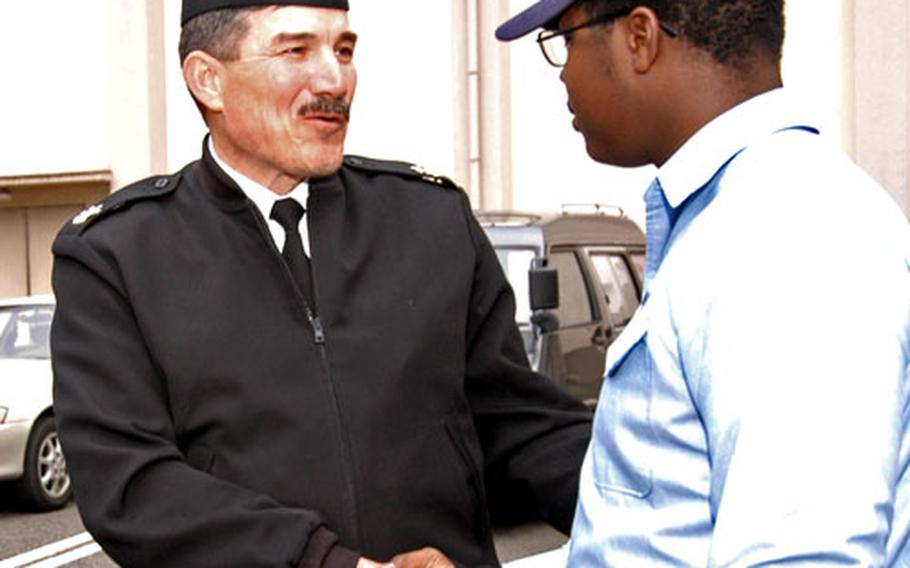 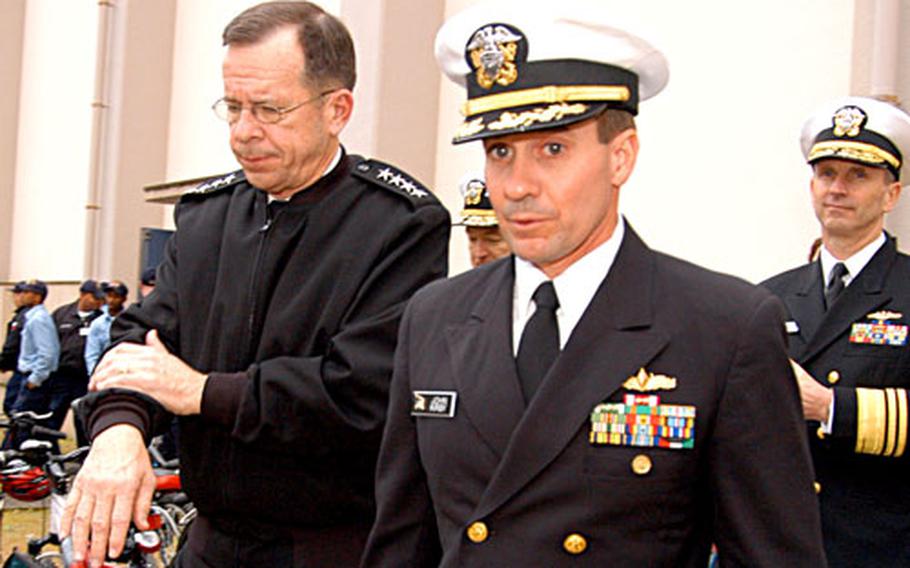 YOKOSUKA NAVAL BASE, Japan &#8212; It was standing room only in Yokosuka&#8217;s Fleet Theater until Chief of Naval Operations Adm. Mike Mullen asked everyone to sit down.

That cleared the way for another mass of sailors to move inside, as many had spilled out of the theater, onto the grass and around the building for the all-hands call with two of the Navy&#8217;s top officials Tuesday &#8212; Mullen and Master Chief Petty Officer of the Navy Terry Scott.

Mullen urged Yokosuka sailors to &#8220;reflect&#8221; on the Jan. 3 killing of Yoshie Sato, a 56-year-old Japanese woman who was beaten and robbed on her way to work. U.S. Navy airman William Oliver Reese, 21, is in Japanese custody as a suspect in the crime.

The alliance with Japan is critical, not just to keep an eye on nearby countries, but to ensure stability and security for the entire region, Mullen said.

Upcoming changes to the Navy include the transition toward littoral combat ships &#8212; the first shallow-water warship is scheduled for commissioning in July 2006 &#8212; and the new Naval Expeditionary Combat Command setting up in Norfolk, Va.

Mullen pledged to improve family readiness and increase the number of women and minorities in the upper echelon of Navy leadership during his term as CNO, he said.

Scott didn&#8217;t make a speech, but he helped field questions during an open forum, including several about the recent increase in rates mergers.

For example, dental technician (DT) and hospital corpsman (HM) rates were combined to HM. Another proposed merger is between information systems technician (IT) and the cryptologic technician-communications (CTO). Sailors asked if this was part of the four-year plan to gradually trim 40,000 people from the Navy rolls.

The trend is moving toward training sailors for multiple skill sets and creating &#8220;hybrid&#8221; or generalist sailors, Scott said.

Sailors also asked what to expect in terms of changes in uniform, advancement and tuition assistance. These areas were still being studied, Mullen and Scott said. As is the &#8220;Homeport Ashore&#8221; initiative to move sailors off ships and into barracks, Mullen said.