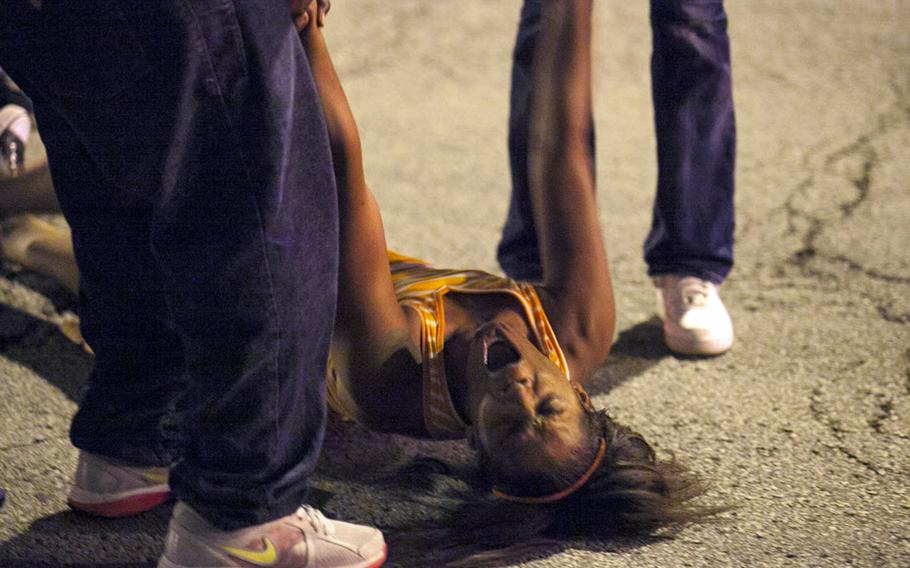 A women becomes emotional Thursday, Sept. 19, 2013, near the scene of a shooting at Cornell Square Park in Chicago's Back of the Yard neighborhood that left multiple victims wounded, including a 3-year-old boy. (Chandler West, Sun-Times Media/AP)

“They’ve been coming round here looking for people to shoot every night, just gang-banging stuff. It’s what they do.”

A 3-year-old boy who was among 13 people wounded in a late-night attack on a southwest Chicago park was alert when he arrived at the hospital and was apparently doing well, his family and friends said early Friday. The attack late Thursday in the city’s Back of the Yard neighborhood left three victims, including the boy, in critical condition. The others were reportedly in serious or fair condition.

Some images from the tragic events in Chicago.