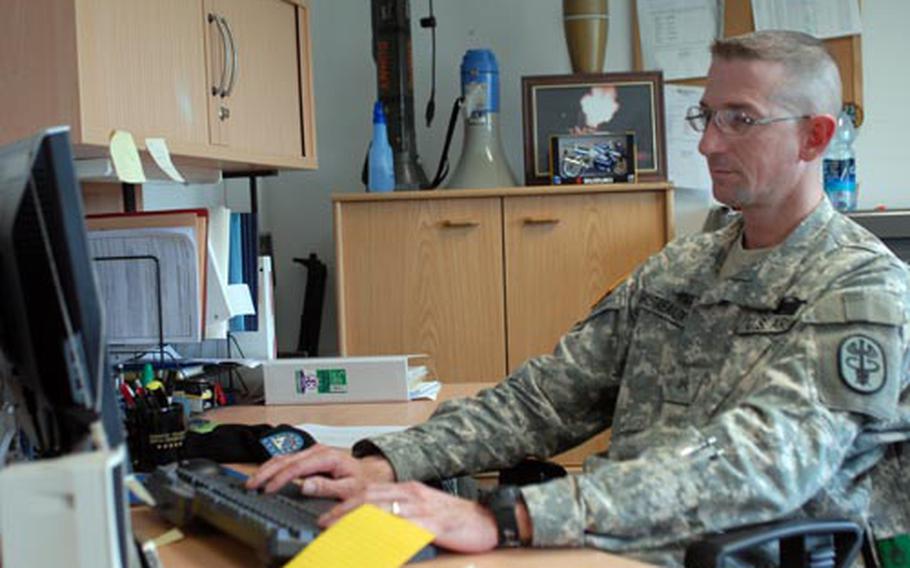 At WTUs, established at Army bases all over the world last year, injured soldiers can get help with rehabilitation, retraining or medical discharge from the Army. In February, 242 soldiers were assigned to WTUs throughout Europe, and an additional 204 were having their cases reviewed for acceptance, according to the Europe Regional Medical Command.

The first soldier declared fit for duty by the Vilseck WTU was Sgt. Keith Gautreaux, who joined the unit after sustaining a serious spinal injury while serving in Iraq with 1st Battalion, 155th Infantry Regiment in 2005.

&#8220;I expected to be medically discharged from the Army,&#8221; said the 38-year-old Westwego, La., native, whose rehabilitation involved two surgeries and a change of military occupational specialty from infantryman to automated logistics specialist.

Gautreaux, a veteran of Somalia and Iraq, doesn&#8217;t like to talk about the incident that damaged his spine.

&#8220;It wasn&#8217;t on a top-secret mission or anything, but I just don&#8217;t want to talk about it,&#8221; he said, but added that the injury left him with a shattered vertebra pushing on his spinal cord, partially paralyzing his left arm.

After he was transported to the U.S., surgeons tried to repair his vertebra with bone from a cadaver. His body rejected the bone, and he had a second surgery to remove it and insert bone taken from his hip, he said.

The Army transferred Gautreaux to the 2nd Stryker Cavalry Regiment in Germany in November last year, although he was on a medical profile that meant he could not go to Iraq, where most 2nd Cav soldiers are serving a 15-month tour.

Instead, he joined the Vilseck WTU, where he received help with doctor appointments and school work that helped him change his Military Occupation Specialty. He&#8217;s now an automated logistics specialist, working as an assistant operations officer at the 7th Army Non-Commissioned Officers Academy.

Many in WTUs want to stay in and finish their military careers. &#8220;[The WTU cadre] want to ensure you get healed and educated and they don&#8217;t want to put you out,&#8221; said Gautreaux, who has served eight years in the Army and plans to stay in another 12.

He said he&#8217;ll miss the camaraderie of the infantry, but that he&#8217;s looking forward to new challenges.

In May, Gautreaux will head back to the U.S. to pursue his new career with a different unit. In the long term, he hopes to become a nurse, he said.